Partnering with the Flipkarts and Olas of the world, Playment makes data operations fun and simple 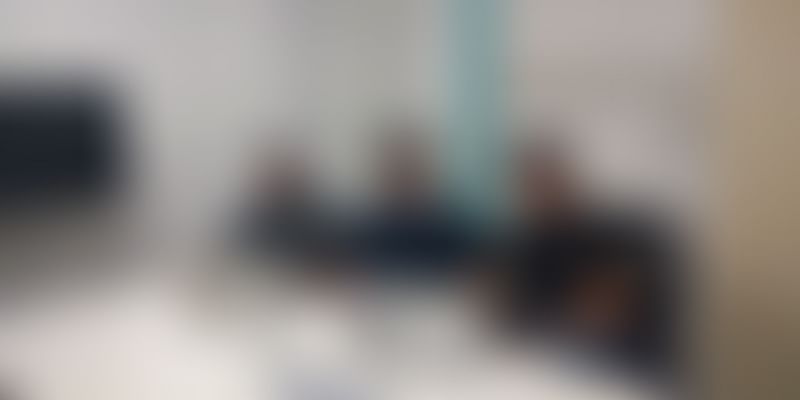 Playment is a mobile app that crowdsources catalogue operations. It works as an on-demand workforce to enterprises for simple data operations.

Anyone who has been a part of an e-commerce venture will tell you that among the biggest tasks for a company is that of cataloguing and listings. This was the exact problem that 25-year-old ex-Flipkart employees Siddharth Mall, Ajinkya Malasane and Akshay Kumar Lal saw while at the e-commerce giant.

When working at Flipkart, the trio, whose association went back to their college days, had observed the challenges faced by the over 500-people-strong captive BPO team that managed the catalogue operations. “We struggled to scale the team as millions of products got added to the catalogue while managing variable volumes and overhead costs,” says Siddharth.

Beginnings of the idea

Akshay was part of the catalogue product team, while Ajinkya and Siddharth had experience in building Flipkart’s crowdsourced hyperlocal delivery arm. They saw that this was a problem that needed to be solved and automated.

The trio naturally gravitated towards the idea of crowdsourcing catalogue operations. They felt it could help the company, and went ahead to validate the idea while at Flipkart.

When the trio was sure of the idea and had started working on it, they roped in Himanshu Sahu, their batchmate from IIT Kharagpur and an ex-Babajob employee, as the co-founder.

This was when they thought that the processes needed to be automated and came up with the idea of Playment. It works as an on-demand workforce for enterprises for simple data operations such as cataloguing for e-commerce, training data for AI, and moderation of user-generated content.

Workings of the platform

“We are fully a managed marketplace and assure quality as we scale. All companies need to do is push data via APIs and we take care of the rest,” says Siddharth.

Big chunks of work are divided into small micro-tasks like lego blocks, and qualified users on Playment, known as “players”, solve the entire puzzle. Siddharth believes that gamification makes it fun for users to solve tasks, while the deep quality assessment algorithms ensure high accuracy in output aggregated for companies.

Examples of such a task would be those of matching the colour on the product catalogue, checking sizes, and SKU code and pricing.

Siddharth believes that with thousands of people working on a single problem, Playment is drastically faster than most alternatives in the space. Doing away with overheads also makes it cheaper, while the pay-per-use model makes them scalable and flexible.

He says, “Players have the opportunity to earn a significant amount of money on the go, working from home with flexible timings. With 40 million unemployed youth, a median income less than Rs 15,000 per month, and increasing smartphone users, remote working is the future.”

Focus on the product

Speaking about the product, Siddharth says,

“We have taken a product-focused approach to solve problems for what has traditionally been a services-based market. Think of the platform as an AWS (Amazon Web Services) for human work. You can call on the cognitive capacity of humans to solve your data operations and scale them up or down as required.”

It's easy for any potential partner to hook up with the platform using the APIs, thereby enabling them to keep their human-powered systems running 24x7. Once the data reaches the platform, it is broken down into fun and easy-to-do micro-tasks and broadcasted to the most suitable players. Robust quality check algorithms ensure that the work done by the players is of the highest quality.

“Moreover, with the abundant number of players on the platform, we've been able to provide real-time results to our partners,” adds Siddharth. The team claims to currently be working with 15 enterprise clients, including Flipkart, Myntra, Ola, Shopclues, Limeroad, Paytm, and Roposo.

The team charges the client per unit of data operations. Playment retains a portion of these charges while passing the remaining on to the users. Over the past year, since their launch, the team claims to have distributed more than Rs 1.5 crore to their players.

While most enterprise companies today employ captive or offshore BPOs like Genpact and Aegis, crowdsourcing as a concept is slowly picking up in India. Whether it is funding projects from platforms like Wishberry and Ketto, or platforms like SmartSheet, which works on a model similar to Playment, crowdsourcing is the way to go.

There is also Australian company Freelancer that works on this model. Siddharth, however, believes that they are different. He adds that although a lot of AI-based solutions are coming up, they do not provide comprehensive results, aren’t accurate enough, and can’t be customised.

“They would need huge amounts of labelled data. We strongly believe that, in the future, AI and Human-in-the-loop (Hybrid model) will work. We, hence, want to complement the developments made in the AI field,” says Siddharth.

The team has raised a seed round of $700,000 from SAIF Partners, and they were recently selected in the latest batch of Google Launchpad. Speaking about their future plans, Siddharth says,

“With our asset being profiled players, we are always looking to explore various use cases. In a $100 billion BPO industry, we want to become the largest work platform in the world. We are expanding globally and targeting international e-commerce for cataloguing, social networks for content moderation, and AI-based companies for training/testing as a service using our existing Indian workforce.”