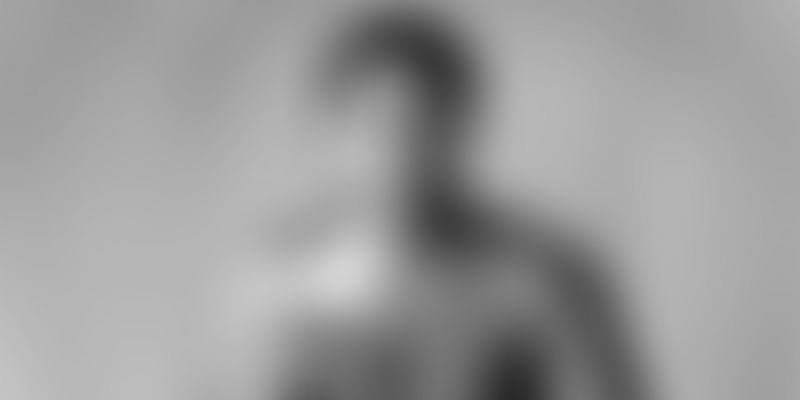 A 12-year-old boy rode to the Louisville market on his favourite red-and-white Schwinn bicycle, ready to spend the day gorging on popcorn and candy. Once done, he prepared to return home but stopped at the empty space where his bicycle should have been. With the wind knocked out of him and his heart in pieces, he ran bawling into the police station, where he reported the theft to an officer named Joe Martin and swore that he would beat up whoever was cruel enough to steal his cycle. To this, Martin, who coached amateur boxers to showcase “Louisville’s best boxing talent”, jokingly told him, “Well, you better learn how to fight before you start challenging people you’re going to whup.”

Thus was the birth of the boxing legend Muhammad Ali.

The world reeled on June 3, 2016, when it woke up to the news of his passing. Ali had been suffering from Parkinson’s disease for several decades. But just like in the ring, he had successfully beaten it to the ground, until it finally re-emerged to claim him.

Ali’s claim to the limelight may have seemed arrogant to many, but there was a reason he could always back it up. The trick, as he always put it, was just believing that you are meant to be the greatest and never doubting that conviction for even a mere second. “It isn't the mountains ahead to climb that wear you out; it's the pebble in your shoe,” he once said.

Born into the racially segregated city of Louisville, the world’s greatest boxer was often on the receiving end of racial discrimination. Even when he returned from the Olympics in Rome, proudly sporting the medal around his neck, he was denied service at a ‘white’ restaurant. Not one to stand for this imperious treatment, Ali threw his medal into the Ohio River as retaliation against the great injustice meted out to people of colour in Louisville.

Muhammad Ali was born Cassius Marcellus Clay, a name he later abandoned as his “slave name”. As a child, he didn’t take to academics, preferring instead to dedicate time to outdoor activities. His school’s principle, Atwood Wilson, forgave his shortcomings in the classroom, instead introducing the young Ali in the assemblies as “the next heavyweight champion of the world”. It was this collective faith from his family and friends in Louisville that helped Ali build his portfolio to star in the rings. With the financial backing of the Louisville Sponsoring Group, a group of 11 white businessmen who each invested $2,800 to launch Ali’s career, he was soon able to turn into a professional. He thus made his professional debut against the Chief of Police of Fayetteville, and with this victory, his lightning speed and shutter-eye movements were realised for the first time.

Champion of the fists

Ali’s unchallenged prowess in the international rings was soon realised, and he went on to execute crushing victories against some of his greatest contemporaries, including Sonny Liston, Joe Frazier, and George Foreman. He was well-aware of his skill in the ring and would often proclaim it to the world, much to the begrudged media and bemused competitors.

He once told Sports Illustrated,

"If you don’t break some records you’re a no one. I want to break some boxing records. I want to be the youngest heavyweight champion in history. I have to be first in the soup line."

Champion of the under-represented

Ali wasn’t just a champion of the fists. He was also a hero and activist to the people who were constantly on the receiving end of racial prejudice. In 1959, before his stint at the Rome Olympics, he had read about Elijah Muhammad, the leader of the ‘Nation of Islam’, which was to greatly influence his life in the times to come. A chance meeting with a group’s follower, Sam Saxton, led him to one of the organisation’s sessions, where he walked into a Brother John speaking about the hypocrisy in the treatment meted out to the people of colour.

Soon enough, Ali became an active member of the organisation, much to the disdain of the American public. His association with the members of the organisation, particularly with the then infamous Malcolm X and Elijah Muhammad, greatly affected his patronage from the people, with many turning away towards his competitors.

This break in his reputation was heightened with the outbreak of the Vietnam War, where, despite being enlisted by the Government, Ali refused to join the military and serve in the war. Defending his stance, he famously stated:

"Man, I ain't got no quarrel with them Viet Cong…Why should they ask me to put on a uniform and go ten thousand miles from home and drop bombs and bullets on brown people in Vietnam while so-called Negro people in Louisville are treated like dogs and denied simple human rights?"

Ali thus filed for status as a conscientious objector to the Vietnam War on the grounds that his religion prevented him from “participating in wars on the side of nonbelievers”. Not to be outdone, the US Department of Justice pursued a legal case against Ali, denying his claim for conscientious objector status. They rounded up evidence to find him ‘guilty’ of violating Selective Service laws and sentenced him to five years in prison in June 1967, but Ali managed to remain free while appealing his conviction. However, he was broken professionally, having been immediately stripped of his titles and boxing licenses. Just 25 at the time, he would not fight for another three and a half years.

After two defeats to Larry Holmes and Trevor Berbick, Ali finally retired from the rings in 1981, and a year later, at 39, he was diagnosed with Parkinson’s. Since then, Ali decided to channel all his “recovering energy” on helping the masses — either through philanthropy or activism. He travelled to Lebanon in 1985 and Iraq in 1990 to seek the release of American hostages. In 1996, he lit the Olympic flame in Atlanta, lifting the torch with shaking arms. He met with presidents, royalty, heads of states, and even the Pope, and discussed measures for racial and social equality for the people. Three hours into his stupendous victory against George Foreman, a beaming Ali was spotted on a Zaire stoop, showing magic tricks to African children. In 1992, while visiting a former opponent, he spontaneously boarded a bus filled with disabled kids and started to sign autographs. Later, he delivered food and medical supplies to children in Indonesia, Morocco, and to an orphanage for Liberian refugees in the Ivory Coast.

In 1999, Ali was voted the BBC’s ‘Sporting Personality of the Century,’ and Sports Illustrated named him ‘Sportsman of the Century’. In 2005, then-President George W. Bush awarded Ali the Presidential Medal of Freedom. The same year, the $60-million Muhammad Ali Center, a non-profit museum and cultural centre focusing on peace and social responsibility, opened in Louisville. In 2009, when Barack Obama became the first black President of the United States, Ali couldn’t have been any happier.

Penning down the legend which was Muhammad Ali is impossible. His relentless dedication to the spread of racial equality, social justice, as well as his unmitigated calibre in the rings can’t be quantified in a single article, book, or movie series. Ali would have turned 75 today, and all we can say is that he continues to be greatly missed.