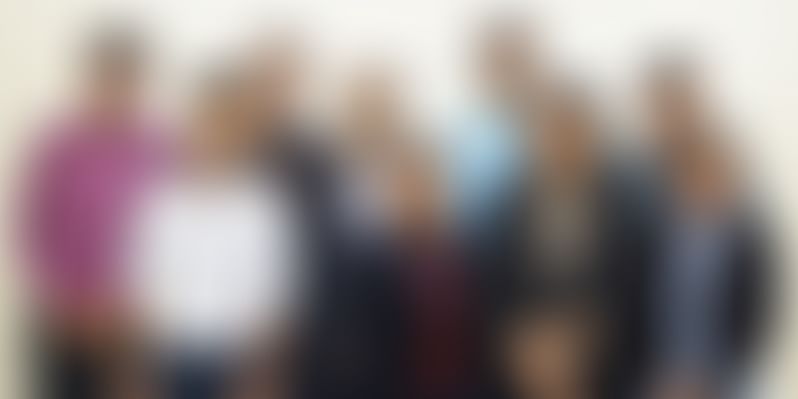 Rupaiya Exchange, a P2P lending platform, was started a year back with the aim of making shared economy and lending easier in India.

Thirty-two-year-old Kumar was looking to buy a second hand two wheeler. Although he had many options available, he was short of Rs 20,000. So he resorted to the one thing, which he was sure could get some help. He put out a post on social media. India, more recently, and the rest of the world are opening up to the idea of a shared economy and funds.

Globally, shared economy and funds is a strong concept. It was something that 34-year-old Rohan Hazrati, who was associated as the CFO of a German company, noticed. He had seen people investing and borrowing via peer to peer lending. It was his eureka moment, he realised that there was a need for a more simple and easier lending process in India. That is when he thought of starting Rupaiya Exchange, a P2P (peer-to-peer) lending platform.

After returning to India, Rohan met a group of advisors and identified that there was a need for streamlining the approval process and making a fast and hassle-free loan disbursement.

Rohan had found that most traditional banks and NBFC channels have tedious loan application process and in most cases, the loan gets rejected due to incomplete documentation or policy reasons. He says that the standard rate of approval in the industry is at six percent and there is even believed to be a 30 percent slippage of applications from the time of origination to processing.

“We wanted to create a platform that not only brings a streamlined process from the time of origination to approval and disbursement but also assist consumers in a fast and hassle-free processing.”

Working along the social, financial, demographic profiling and across their online presence, the team built in-house algorithms, which scores every user or loan combination and helps us identify whether the case can be approved or not.

Once the loan is approved and made live, notifications are sent to the pre-approved lender set who can then bid for the loans. There is also a reverse bidding mechanism, whereby the system automatically picks a lender who bids at a lower interest rate on the loan, thereby benefitting the borrower with a lower cost of funds.

RupaiyaExchange has also has tied up with the Credit Bureaus to review the credit score with them. “We are still in a learning curve and incorporating a lot of digital transactions in our process to do away with any manual interference in our processes while keeping the risk and regulatory requirements intact,” says Rohan.

Over the past two years, the focus on lending space is fast increasing. In the P2P lending space, there is the Mohandas Pai-backed Faircent, which is a significantly large player in the space, i2ifunding, and IndiaLends.

There are also are several other lending platforms like Matrix-backed Finomena, Rubique, LoanTap, etc. Most of the new-age fintech lending startups are looking at different ways to judge and decide the borrower’s creditworthiness. The premise most of these startups take is the fact that the traditional means and methods used by financial institutions don’t make lending an easy business.

Speaking of the differentiator factors, Rohan says that they have been working continuously on their product since inception and look to innovate and add value for the stakeholders (both borrowers and lenders).

He also claims that they are the first platform in the country to come out with a principal protection plan on selected loans.

From the borrowers’ side, to ensure enhanced financial inclusion they claim to have come up with providing micro-loans in the state of Madhya Pradesh and have POC (proof of concept) done and successfully the disbursed loan. They are focusing on funding micro-entrepreneurs as small as housewives who are looking for a loan to buy sewing machines to start their own businesses, shopkeepers, grocers, farmers for cattle purchase, early jobbers, etc.

The team charges a percentage on the loan funded, as success fees. The team has raised an angel round of $200,000 from a group of HNIs and professionals.

Using his network, the core team now comprises Jude Dunn, who heads Growth and Strategic Alliances. Jude has worked with multiple startups and has worked with MobiKwik earlier. Anjul Garg looks at Software Development. He has experience in PHP development, networking, and android development.

Ravindra Kumar is the Director and Advisor and has over three decades of experience in banking and financial services. He is part of all strategic decision making for RupaiyaExchange

“Other than the above, we have a team of credit analysts and marketing managers looking at day to day operations. Also to ensure governance and strategic guidance to the venture, a Board of Advisors has been constituted – which have diverse domain knowledge,” says Rohan.

Over the past year, the team claims to have grown at an average of 65 percent. The platform has seen a loan origination of over Rs 70 crore and disbursement of Rs 9 crore.

The team is looking at beefing up their technology team and using data sciences and deep machine learning for processing the loan applications. The idea is to reduce the turnaround time between loan applications to disbursement thereby enhancing customer experience. In monetary terms, the target for the next 12 months is to facilitate a disbursement of Rs 100 crore.

“In the longer run, keeping our focus on the financial inclusions our products will fund you instantly towards your loan requirement which will include micro-funding towards electricity bill and small amount transactions. We want to assist the Indian economy by beefing up the borrower’s credit rating and optimising repayments,” says Rohan.