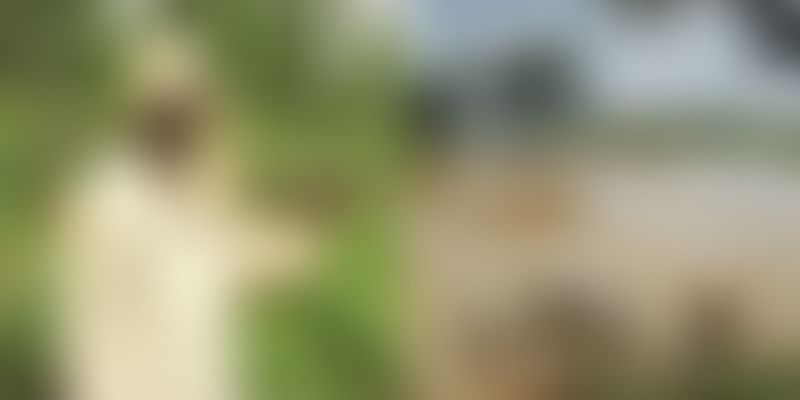 It was 1961. Simon Oraon, a Class-IV school dropout began his journey against drought in Bedo, a tribal block of Ranchi, Jharkhand. An idealistic young man, he, along with his fellow villagers, began constructing earthen dams to capture rainwater for recharging groundwater. This, along with his broader work on self-initiated environmental and forest protection systems, provided a tipping point that rejuvenated the forests and brought the wells and surface water bodies back to life. Some works lasted while others did not, but Simon, locally known as 'Baba' (father) did not lose heart and was unrelenting. Eighty-five-year-old Simon Oraon’s achievements on the ground on village development have impressed many and the octogenarian will be awarded this year’s prestigious Padma Shri award for his contribution to environment conservation.

Spread over 20 panchayats, Bedo is dominated by the Munda and Oraon tribes. Khaksitoli, a small village situated around 35km from Ranchi, to which Simon belongs, is home to the Oraon tribe. People here depended on their small landholdings and the nearby forests for a living. The area receives a moderate rainfall of 1,370mm annually on an average, mostly during the monsoon months, from June to September. Water scarcity causes the soil to dry out during the rest of the year, leading to soil erosion. Agriculture gets affected, shoving the community into utter poverty, which in turn led people to depend on fuelwood selling as the lone option for a living. Local contractors colluded and carried out illegal fuelwood extraction and carted timber out of the area leading to massive forest degradation. As a result, the small streams of the area dried up leading to an increased incidence of droughts.

Simon has done commendable development work in the area like road making and construction of water harvesting structures apart from playing a significant role in the regeneration of the forest in the area.

After dealing with a lot of administrative footdragging, Simon managed to get some earthen check dams constructed in the villages for harvesting rainwater, which was then followed by a concrete dam for irrigation purposes. Dug wells were constructed and soon the work took the shape of a movement against drought and for environment conservation that spread to 51 villages. Simon traced the origin of streams and mapped the area’s contours with the help of fellow villagers. People took up shovels and banded together to build and maintain water harvesting systems. The harvested water was directed to the fields through channels. They started using the water within bounds and conserved it.

The groundwater tables rose, with the result that the barren lands were cropped and more than one crop began to be cultivated in the one-time single cropped area, which was mostly paddy. Vegetables are grown the year round now. The area today happens to be the State’s agricultural hub and supplies nearly 20,000 metric tonnes of vegetables a month to various districts in Jharkhand, Bihar, Odisha and West Bengal. Apart from the economic turnaround for the local community there was an ecological spin for the area too. With the water came an enhanced life for Bedo’s people. Over 50 villages in Bedo are now following Khaksitoli’s pattern.

Community institutions extended to other shared resources, especially forests, which was tied to water inherently. To put a stop to forest degradation in the area, Simon, the Parha Raja (head of the traditional village council), used his influence among the people and led the formation of Village Forest Protection Committees in the late 1960s. At a time when the influence of the traditional institutions had declined, he harnessed the tradition of communal labour and got the people together. Representatives of some 20 villages attended a meeting called by him. The total forest area of 179 acres in these villages was demarcated for protection by three local committees formed in villages Jamtoli, Khaksitoli and Berotoli. It was Simon who played a leading role in putting a stop to forest degradation by collecting the local community to act synergistically. Thousand of trees were planted and wastelands brought under cultivation.

Prodyut Bhattacharya and Bhaskar Mittra, in an effort to understand the historical and contemporary features of the self initiated forest protection systems in India, note, “The village Khaksitoli was amongst the first village in the area to lead the movement against forest degradation… The three Self Initiated Forest Protection Groups have been in existence long before Joint Forest Management was even heard of and are functioning effectively till date.” Households contribute paddy for the forest guards on an annual basis. Contractors were chased and plunder of the forests not allowed. In Khaksitoli, in particular, the rules are followed by the book and those found trespassing them are cautioned and punished.

The authors extol the strong institutional arrangement at Khaksitoli, all done without the influence of State custodial management and state that the group “does not merely perform its role in forest protection but is involved in a whole lot of other activities related to the development of the village like construction of water harvesting structures, soil and water conservation measures and resolving inter and intra village conflicts etc.”

The non-timber forest products, which were mostly collected and traded by women in Bedo, helped them make up for the cash needs. In the absence of lack of formal property rights over both timber and non timber forest produce, the institutions created by Simon helped set rules for extracting the resources in a sustainable manner and restrict overuse. With Simon’s effective leadership the processes were institutionalised. Meetings are held regularly and those found deviating from the norms taken to task.

And with this the downward spiral of resources that took place in the 1960s was reversed and has been sustained so far. With the revival of water and forests a surge of productive forces were reborn in the villages providing people hope for the future.