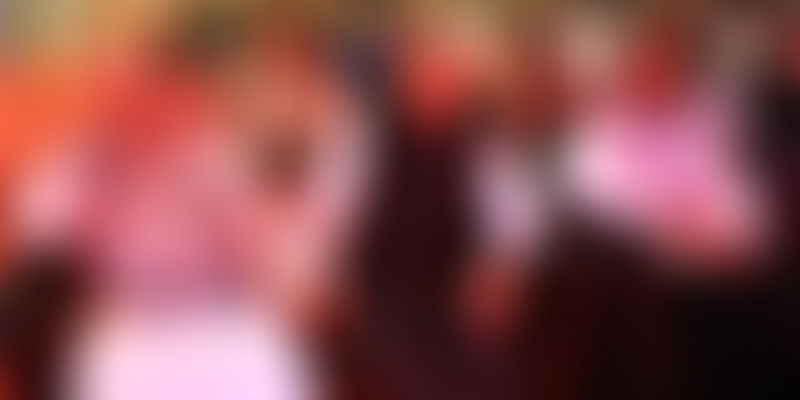 While speakers showered praise on the startup culture in the city, the state government revealed its plans to push the envelope and the central government promised to help the Indian diaspora connect with the umbilical cord called India through innovations.

The sort of disruption happening in India today in the digital payment space can have a telling effect on ATMs and POS machines, which could be redundant by 2020, NITI Aayog CEO, Amitabh Kant said.

“India is in the midst of a huge disruption in both financial and social innovation. In my view, in the next two-and-a-half-years, the country will make all debit and credit cards and ATM and POS machines totally irrelevant.” He was addressing a session at the three-day Pravasi Bharatiya Divas in Bengaluru that began on January 7.

All Indians will henceforth transact by using only their thumbs and mobile phones, he said, adding that Aadhaar-enabled tech would ensure a successful transaction in less than 30 seconds.

Due to demonetisation, there has already been a huge push towards digital payments. India is the only country with a billion mobile phones and billion biometrics,” he remarked, referring to the popularity of mobiles and the success of Aadhaar.

Stressing on the need to build a cashless society and for more Indians to pay their income taxes, he said the creation of a formal economy is a must. “It is impossible for the country to become a $10-trillion economy when just $2 trillion is a formal economy and the rest an informal economy with black money.”

He said India’s startup challenges were different from those of the rest of the world as it has to address social problems such as clean drinking water and lay emphasis on a swachch Bharat and on increasing agri output.

“Developing driverless cars or building drones for innovation are challenges the West can afford to address. For us, it is about finding solutions for one billion-plus people.”

On why Bengaluru is a successful startup city, Rahul Narayan, CEO and Founder of Team Indus, put it best when he said: “When Rajiv Mody of Sasken Technologies gave me money to achieve my dream, he asked me not to think of returning the money. People like Mody are there only in this city, which makes Bengaluru special.”

Speaking on the topic of ‘fuelling growth through disruptive innovations’, he said: “Innovative disruption fuels growth. Karnataka has a startup policy and we are already funding many companies from proof-of-concept to ideas stage through an idea2POC initiative.”

Stating he was there to tell the audience how the government was fuelling growth through innovation, Kharge said these disruptive innovations were happening very rapidly in India and today Bengaluru is considered as having one of the world’s best such ecosystems with the potential to catapult the economy.

India has been ranked as the top innovation destination in Asia and second in the world for new innovation centres. Bengaluru has been leading the way in innovation for the country and has emerged as the fifth most preferred location for MNCs to house their innovation centres, overtaking technology hubs like Tokyo, Shanghai, and Chicago.

The Government of Karnataka has taken a call to ensure that the state emerges as the innovation leader right from agriculture to aerospace. Today, Bengaluru occupies pride of place as the knowledge capital of the country and is now counted among the top 15 technology startup hubs of the world.

Karnataka contributes to over one-third of the IT exports from the country and the IT sector has also consistently been the largest employment provider, employing over 10 lakh people directly and over 30 lakh indirectly. The state continues to be the most preferred investment destination, attracting nearly 25 percent of investments in the IT sector during the last financial year from both public and private sectors across the country.

The state is also an emerging animation visual FX and gaming hub, with 22 percent of the country's gaming companies situated in Bengaluru.

Kharge said he strongly believes Pandit Nehru’s statement on Bengaluru as a city of the future as true in many ways because the city has always been the torchbearer of progress and today it is defining the next so that not just Karnataka, but India is future-ready. Karnataka already houses more than 4,900 startups as per the Global Startup Ecosystem Ranking, he added.

Principal Secretary, IT, BT and Science and Technology V Manjula said the government had selected 40 startups in various fields such as tourism and agriculture and invested nearly Rs 2.5 crore already.

“The state government has not only encouraged emerging technologies but is also investing in them for the growth of entrepreneurship and startups. The state government has become an angel investor to fund prominent ideas through the idea2POC initiative of our multi-sector startup policy. We are aiming at funding startups in multiple sectors in the form of grant or equity and we intend to mobilise about Rs 400 crore for this under the Innovate Karnataka initiative.”

The biggest companies in the world are built on public technology infrastructure and India has invested in technologies such as Aadhaar and Unified Payments Interface. This will create billion-dollar companies, said Sharad Sharma, Co-founder, iSPIRT.

At the same session, Sharma said most emerging economies in the world will be keen on using Indian technology as it comes with no strings attached.

Sharma pointed out that the GPS, a US military technology when made public was leveraged by Uber to revolutionise transport and create the world’s most valuable startup. India’s public tech infrastructure will attract more investments. The UPI is one such example and has the potential of emerging as the largest payment system in the world, eclipsing even Visa and MasterCard. The rest of the world wants to use tech that is not American or Chinese.

NASSCOM’s Ravi Gururaj said Indian startups should build experience and not hardware or software. “Customers buy experiences, and those that are not good they will reject with a click of the mouse.”

Delivering the keynote address at the summit, Suriname Vice President Michael Ashwin Adhin, who is of Indian descent, called on India to establish its supremacy by transferring technology to other countries though the Indian diaspora.

“The transformation of India implies an influential India at the global level. Rise of new nations will break the monopoly in business. This will ensure balance of power,” he advised.

Suriname is, incidentally, the largest producer of gold and India the largest consumer of the yellow metal.

Startups from across India have set up stalls at the Pravasi Bharatiya Divas 2017 event to showcase their talents.

Among those who showcased their talents under ‘MEA-NITI’, a national contest for social innovation include non-polluting boats, a startup that empowers women, and anther that makes organic fertiliser from banana peels.

The non-polluting boat, Aditya, is India’s first solar and electric ferry. The boat was constructed as diesel-powered boats pollute rivers and water bodies. The solar panels charge the ferry when it is on the move, but when the sun is not out, it can be plugged to the electric panels for which the battery has to be charged for eight hours.

Nyayika, a Gujarat-based startup empowering women has also showcased its efforts. The NGP handles domestic violence cases, rape and assault, and helps rural women find the right government schemes for them to sustain.

The fertiliser made from banana peels is also based in Gujarat and the startup will soon launch the product.