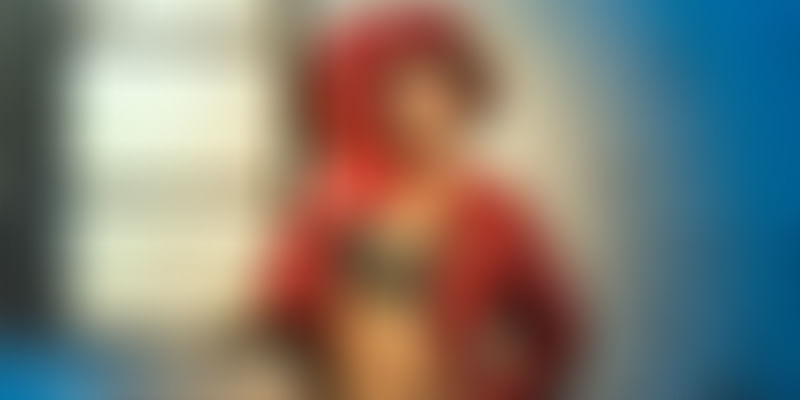 Do you know what model Alesia Raut, actress-director Divya Khosla, actresses Pallavi Sharda and Neha Dhupia, chef Ranveer Brar, singer Palak Muchhal and DJ Shilpi have in common? Ranchi girl and ex-IT professional Sucheta Pal, the brand ambassador for Zumba in India who has trained 3,500 Zumba instructors over four and a half years.

Created in the 1990s by Colombian dancer and choreographer Alberto Beto Perez, Zumba is a dance fitness programme that has gained popularity across the world.

Awarded by Zumba Miami as a brand ambassador for Zumba in 2016, and one among the 140 select master trainers in the world, she was also chosen by Zumba International to lead the TV series called Zoom Zumba Dance Fitness Party (season 1 and 2) in 2015 and 2016. The show made her a familiar face to people in India, and she now gets stopped in public by people to be told how they adopted a healthy lifestyle after her show.

“When you know you made a difference, small or big, to someone sitting hundreds of miles away, the feeling is of euphoria, and it is unparalleled,” she said.

However amazing it sounds, Sucheta’s journey has been a roller coaster ride. From almost losing her life to getting it back on track, her story is nothing short of inspiring. We caught up with her to know more about her journey and how she has grown Zumba in India:

Public performance and the stage never scared Sucheta. She was, and remains, uninhibited when it comes to dance and performances. “My childhood was ruled by Aamir Khan, Bharatnatyam, books and friends. I was hooked on to the Papa Kehte Hain song and Aamir Khan’s guitar. So, whether it was my aunt visiting from Kolkata or my galli-nukkad friends who came barging in, my disco headband would miraculously appear and an impromptu jig by Sucheta Pal was the first order of the day, soon after my mom served tea,” recalls Sucheta. To ensure that she didn’t lose touch with Indian culture, her parents enrolled her in Bharatnatyam classes too.

Growing up in Ranchi, Sucheta was aware of how the social status of her parents was defined by the education of their children. “We were a small town of talents, and most of us have flown out of our little homes and struggled in cities like Mumbai and Delhi to make our mark in the initial days. Dhoni, my senior in school by a year, is a great example of this.”

Sucheta got caught up in the game too, landing herself in an engineering college before joining one of Asia’s largest IT companies as a business analyst - a job that she eventually quit. She says,

I don’t regret it. People stand up and listen to me when I say I quit that to do Zumba. It instills hope in people, it proves that I had the brain to complete a professional degree, and an even better brain to have decided to quit all that and pursue my truest dreams.

Living to tell the tale

Things went sideways for Sucheta in 2007. Though good at her job and self-driven, she felt stressed because of the realisation that her calling was beyond a computer and a cubicle. Coupled with lifestyle health disorders that had catapulted, she felt miserable. She was diagnosed with IBS and social anxiety disorder, where even entering an elevator with people in it or sitting in a meeting room with her colleagues seemed like a herculean task.

All told me it’s the mind. My mind is my most powerful tool and I thrive on my will power, but 2007 was not the year for it. I felt trapped, and it was not a very good feeling. My then-therapist had prescribed light doses of pills to calm my nerves down, which at the time seemed my perfect escape. I took the entire bottle. I promptly landed in the ICU, but just in the nick of time, so that I could live to tell my story.

The incident left a huge impact on Sucheta, and she made herself a promise the day she came out of the hospital. She says,

So, at 25, she quit her cushy IT job, rolled up her sleeves, and set to work. She enrolled herself into a professional dance school in Mumbai and lived on vada pavs that she earned from three odd jobs she did to survive in India’s city of dreams.

“With six hours of gruelling dance training, and three part-time jobs - transcribing cassettes, working late nights at Dharavi overlooking karigars for a fashion house and draping sarees, and traveling on buses and changing locals at Dadar station to reach Dombivali or Dahisar Municipal schools to sell books by an NGO for a five percent commission - the ego was buried 10 feet under the ground, and it never resurfaced ever again,” she says of her early days in Mumbai.

Sucheta had found herself, but she kept working on it till her eureka moment arrived one day in 2009 in Connecticut, USA. She had relocated to the US that same year with her husband. One cold winter morning, Sucheta decided to walk to the nearby dance studio.

She recalls, “I was greeted by 80 participants a little too chirpy for that early in the morning, and I very soon knew why. The instructor walked in, flashed a million dollar smile, made her way to the stage and turned on the music. Zumba literally came to me and hit me with a brickbat of happiness. The instructor was plus-size - no one cared. The music was Latin. I felt I was dancing at a Ganpati Visarjan. I was liberated. The 80 people in that room were my instant friends. I knew this was going to be my life then and there.”

Kicking it with Zumba

In 2010, Sucheta got her licence and taught as a licensed instructor in the US till 2012, when things changed drastically. She got in touch with the CEO of Zumba, Alberto Perlman. She got a call from him to audition in Miami with creator Beto Perez, and after a month there, she was given the role of a Zumba Education Specialist, tasked with the relaunch of the largest branded workout Zumba in India in 2012.

“Since then, it has been airplanes and hotel rooms every weekend, gym tours and fitness parties, and all as the first master trainer for India,” Sucheta says.

Zumba and its impact

As the country’s first Zumba Education Specialist (ZES), Sucheta feels that the possibility of creating an economic opportunity for instructors is immense. The participants range from fitness professionals and dancers to corporate-goers and housewives. According to Sucheta, today, 85 percent of these instructors have Zumba as their primary or secondary job, with monthly incomes averaging from Rs 15,000 to Rs 50,000 per month.

Introducing Zumba into India has been a challenging job. Sucheta decided her own welcome and did extensive groundwork before she ventured out.

“I still remember my first training in India, in Pune. One of the participants thought there would be a

‘white’ trainer. When she saw me instead, she did not hesitate to ask for a refund. As a dutiful employee of Zumba, I initially tried to convince her that the 140 master trainers in the world for Zumba, including me, all went through rigorous training and auditions, and were selected only if deserving and capable of training her - all in vain. She wouldn’t budge. I promptly gave her the refund, and this time, it was my turn. Not one to shy away from giving someone a piece of my mind, I told her, ‘The day you start believing in your own kind, you come back to me’, and she did in six months!”

With the lows have also come the highs. With her business partner Neha Vatsy, she has also started an initiative called JustAllHeart, where she and the team use Zumba and the fitness-dance community to give back to the less privileged.

One of the highlights of her Zumba journey and its impact has been the change in her own mother-in-law.

“For the first time, at 64, she started working out with me and my trainers in Zumba, and today, the arthritis knees she has are devoid of knee bands, and she can lift her huge frame, without support, up or down a flight of stairs single-handedly. It’s a huge deal for someone who, just a year ago, was writhing in pain because of her arthritis and for whom climbing stairs was a nightmare. She rocked the stage with me at an event and stole the show.”

Sucheta’s husband and her elder sister have been her pillars till date. “I couldn’t have done this without them,” she says.

Show up for yourself

As Sucheta signs off, she has three important pieces of advice for anyone who finds themselves in a situation similar to hers - in a good, high-paying job, but unhappy:

Show courage for the self! Lose a few battles to win the war. Have the courage to fall, and develop the determination to pick yourself up to win that battle of life.

Her second piece of advice is that “it is not going to be an easy path, to follow your passion and dreams. Have at least one confidant, one support system, be it an individual, education or job. A safety net gives you the power to soar, and if you fall, there is someone or something to catch you”.

“Thirdly,” she says, “when it comes to winning in life, you have to first know how to lose, and it’s an important process. So, live it, feel it and when you win, which we all eventually do, laugh at it!”

Sucheta has found her happiness. “Imagine a dress of dreams and you fitting right into it! Yes! That is the daily happiness I live with. To top it off, I dance to celebrate it all every day. I don’t know about re-discovery, but I have certainly evolved over these last few years, arriving at a good place to live and do things one seldom can.”