[App Fridays] Can one app rule them all? Tapzo’s attempt at ‘tap dancing’ with over 35 apps 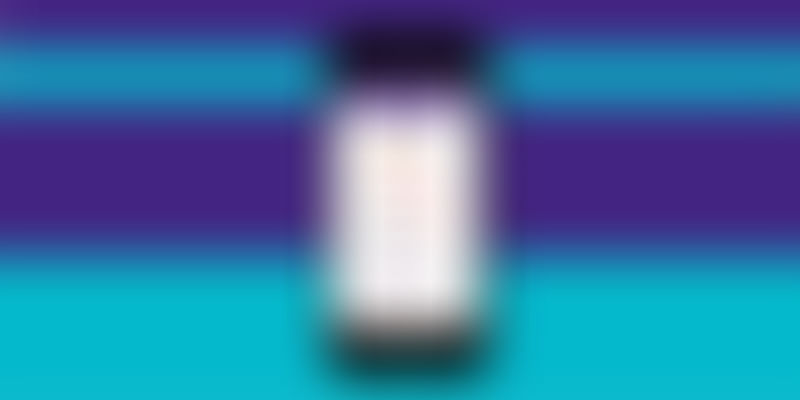 After a few months of going AWOL to detox from my smartphone addiction and gloriously failing at it, App Fridays, YourStory’s second longest* running weekly feature, is back with more in-depth reviews of interesting mobile apps (and bots) from India. This week, we take a closer peek at Tapzo, which is touting itself as India’s first ‘all-in-one app’, having integrated over 35 apps into itself.

Tapzo (then Akosha) was founded in 2010 by Ankur Singla, Vishal Pal Chaudhary, Vishrut Chalsani, and Avinash Vankadaru. Headquartered in Bengaluru, with offices in New Delhi and Mumbai, the startup had raised Rs 100 crore in Series B funding from Sequoia India and Ru-Net in May 2015. Then, in late 2016, it raised an undisclosed Series C round led by American Express Ventures. Along the way, the company was repositioned as Helpchat, an all-in-one app platform that used a chat to interface with its users.

While the chat interface has seen great adoption in China, it hasn’t taken off in a similar manner in the rest of the world. Based on Helpchat’s experience, feedback from customers and learnings from abroad, Ankur and team decided to pivot from ‘chat’ to ‘tap’, to provide a quicker and more seamless experience. Thus, Tapzo was born, and the startup unveiled their app at YourStory’s MobileSparks 2016.

By now, you are probably aware of Tapzo, perhaps having seen their hilarious TVCs, one of which starts with these immortal lines — ‘Gadhe se yaad aaya.. Dost ki shaadi hai..’. YourStory played around with Tapzo’s new app, and here is an honest, no-holds-barred review:

I have used Tapzo in spurts for a few months now. But for the purpose of this review, I made a conscious effort to use Tapzo for almost every task I could, for one week. For comparison, I also installed and compared Tapzo with some of its competitors (more on this later). This review was performed on a now-ancient OnePlus Two (64GB variant) (more on why this is relevant later).

Tapzo’s USP for customers, as stated on their website, is to help them ‘stop downloading and updating multiple apps’. In a developing market like India that is seeing explosive adoption of smartphones, most of them being low-end entry devices with minimal storage and computing capabilities, this is an enticing value proposition. So, Tapzo has integrated with 35 apps, with the aim of letting users ‘tap dance’ between different tasks, all in one app.

But are users getting what they are being promised? Let’s explore.

Tapzo’s home screen has a dynamic slider at the top, with nine grid boxes for the different features placed right below it. While there is a lot of information to process here, the homescreen doesn’t look cluttered, though the ‘masthead’ is sprinkled with multiple logos centred around Tapzo’s logo.

Diving into the features individually-

The recharge process is fairly straightforward and simple. Users can recharge their mobile, DTH or Datacards and also apply relevant coupons within a few seconds and be done with their recharge. I had a hassle-free experience with recharges, on all occasions.

Tapzo neatly divides the screen in half, with a map interface occupying the top half and three tabs for intra-city cabs, outstation cabs, and public transport. Users have an option to toggle between ‘Uber and others’ or ‘Ola and others’, depending on their sense of ‘nationality’ or urgency at the moment.

The public transport feature is counterintuitive, given that one is looking to book a cab, but is a welcome option for when Ola and Uber decide it is time to get profitable and start surge pricing suddenly.

Having integrated with Zomato, Swiggy, and Faaso’s, Tapzo lets users place orders with any of the partner restaurants of their preferred food-aggregator. As expected, users can apply filters and tweak the search results to their liking.

One interesting feature I found through FreshMenu was the ability to see only vegetarian dishes. Surprisingly, this feature wasn’t available on Zomato or FreshMenu’s apps (at the time of writing).

While the ordering process is seamless, I faced an issue at the last stage, while placing an order. Even an hour after placing my order, Tapzo’s app was unable to process it, showing the ‘Payment in progress’ page even though my bank noted that the transaction was successful. The ‘Help Center’ on the app only includes Q&As, and there is no direct way to contact the restaurant or Tapzo. So, I tried Twitter. Tapzo was quick to respond, apologised for the error, but then confirmed that my order was ‘unsuccessful’, saying I had to ‘try again later’. My money, meanwhile, is stuck in limbo for a week.

Through Twitter and Facebook threads, I found out that there were other disgruntled customers like me whose payments hadn’t gone through. So, it was definitely not a one-off case. I suspect that, given their recent TVC, Tapzo must have seen a surge in orders, resulting in their backend ‘choking’ while processing these orders. This is the only rational explanation I could come up with for this failure.

Tapzo lets users add their bills for electricity, gas, broadband, and postpaid phones to ensure that users don’t forget to pay their recurring bills on time and then have to pay ‘late fees’. Users need to fill in their user IDs and other details to set this feature up and can add coupons while making the payment. Since my landlord covers me for all these utility payments, I was unable to verify the last-mile experience here.

Users can search for discount coupons across restaurants, cafes, movies, sports activities, and spas through this hyperlocal feature. The app also lists popular searches and offers, to include a social angle to the feature

The ‘Cabs’ tab already includes ‘Outstation cabs’, and it redirects to this option. So, the reasoning for placing it again under a separate tab is unclear. Users can fill in the necessary details about their trip and book either a ‘two-way’ or ‘one-way’ trip. Again, I wasn’t able to verify the last mile experience here because I’m a couch potato, who doesn’t leave the ‘Republic of Indiranagar’ in Bengaluru too often.

Users can track live scores of current matches, aided with ball-by-ball summaries and a detailed scorecard. The app also includes a list of upcoming matches for the day. In a public Facebook post about last night’s India-England match, Ankur, the CEO, noted that Tapzo was hitting peak traffic for this feature. While Tapzo’s tech team did a good job with the integration, Yuvraj Singh and M.S. Dhoni’s partnership could probably be credited for the surge.

Available in seven languages and powered by Astroyogi, users can get predictions about how objects in the sky, far far away from us all and incomprehensible to many, will affect their career, health, romance and overall well-being. Users can also opt for a consultation if they wish for a personalised prediction. I was already happy with my predictions and wanted to be ‘surprised’, and so decided not to go in for the consultation.

With the arrival of Reliance Jio, prices of internet data plans coming down, and the easy availability of WiFi, video consumption is definitely on the rise, both in India and around the world. Users can watch trailers and funny videos, and also catch up on trending news stories.

With developers constantly releasing new apps into the wild, both the innovative kind as well as the ubiquitous me-too variety, on Apple and Google’s app stores every day, it can get hard to keep track of the best apps out there. So, there is a market for ‘super aggregators’ to provide a packaged experience for users. Haptik and Niki.ai are two interesting players in this space, leveraging chat and human augmented intelligence, and artificial intelligence respectively to appeal to users. Hike, a recent entrant to the unicorn club, has also shown its might in this space by integrating news and a Snap-like ‘Hike Stories’ to complement their other communication integrations.

While there is room for improvement in some categories, Tapzo does live up to its tag as a ‘super aggregator’ that leverages ‘taps’ to help users perform a variety of tasks. With a large section of India still on low-end smartphones with limited storage capacities, there definitely exists a market.

But Tapzo will have to ensure that they can handle increased traffic, pushing through a higher percentage of their payments or refunding money stuck in limbo more promptly to avoid uninstalls and losing customers.

Being an upcoming market for premium smartphones, some Indian users might not see the same USP in Tapzo that those on low-end smartphones see. With 64GB of internal space and 4 gigs(GB) of RAM, my smartphone is able to accommodate more apps(than the average smartphones in India) and multitask with relative ease. So, for some unproven product categories, I would still prefer to rely on the original app maker’s product than go through a middleman. Mid and premium users generally perform a lot more transactions than those on low-end smartphones, so Tapzo will have to keep innovating to ensure that it appeals to all categories of smartphone users in the market.

*PS — If you’re still guessing, Techie Tuesday’s is YourStory’s longest running weekly column and it too is back with a bang.