The entrepreneurship myth, and why you should not take it too seriously 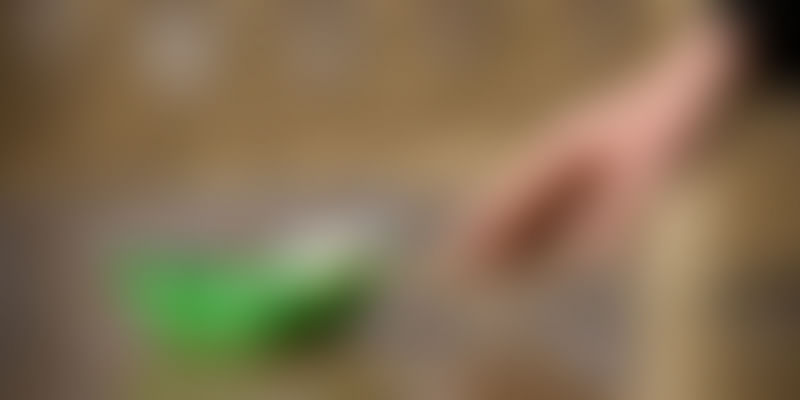 Entrepreneurs are often confused about their venture's lack of success. Haven’t we got rid of all the taboos and made entrepreneurship guilt-free and empowering? Not really. Instead, we have put in place new standards of what it means to run a 'good' startup. This drains entrepreneurship of much of its fun and can make it a very anxiety-inducing experience.

How about entrepreneurship without the pressure?

Don’t consent to do something you don’t want to do. And if other startups receive funding or get acquired, don’t hit yourself too hard. You should let go of expectations and stop comparing yourself to others in the ecosystem.

These days, startup freedom seems unlimited. A series of big acquires and reform revolutions seem to have effectively broken entrepreneurship shackles in India. The startup revolution post-2006, the recent Startup India initiative, and the ongoing emphasis on women entrepreneurship have combined to shape a society that encourages people to take risks and go for their dreams.

But are we actually taking risks? What are the societal factors that influence how we see entrepreneurship?

The fact is that startup myths continue to define how we approach entrepreneurship. Indeed, the ideas the Internet feeds us and that are passed from entrepreneur to entrepreneur have very little to do with what goes on in a startup.

Let me reveal a more reasonable and realistic view of entrepreneurship in India. There have been many changes in society over the past decade; changes that have utterly transformed the way we see entrepreneurship. Back in the 1970s and 80s, there was a classic familial structure – the stable job – and the morals of the time were dictated by one company, one career, and no risk.

Today, our culture is much more accepting of entrepreneurship and jobs in startups, and, as a result, there are far more startups these days. Between 2006 and 2016, I am sure the percentage of startup jobs in India rose by a considerable percent. And just as entrepreneurship and startup jobs have become more widely accepted, so has the idea of people freelancing and moonlighting.

But, in reality, people aren’t opting for entrepreneurship as much as one might be led to believe.

Even though it’s more acceptable to be an entrepreneur these days, it doesn’t mean everyone is taking the risk. Another reality is that entrepreneurs are not enjoying the entrepreneurial journey as much as they should be.

In today’s politically correct society, it’s not just casual entrepreneurship that’s acceptable. Startup-positive people tend to be unsurprised – let alone, scandalised – by the wide array of opportunities, funds, and initiatives that are out there. This leads us to another startup myth: that all startup norms have been extinguished and that there are no more taboos.

In fact, according to this myth, the real taboo these days is to suggest that there are unacceptable startup acts. Indeed, there are people who throw the very idea of co-founder, equity, ESOPs, confidentiality, trust and ethics to the wind.

One example of a current entrepreneurship taboo is external equity funding, which only started being regarded as a problem recently. At some point after 2006, it became a thing of shame for a startup to not have funding. We can see the change this has caused. Most entrepreneurs are concentrating more on getting funding than on acquiring customers.

Then, there is the pedigree that comes as an advantage. People with pedigree do have advantages in their entrepreneurial journey. Having a degree from a top college comes with some entrepreneurial benefits, a fact that brings us to our next myth: those living in democratic societies tend to believe in equal opportunity, and they like to think that everyone stands an equally good chance of finding an investor and customer. But this isn’t really the case.

There are many instances of students from top colleges in India being told they are smart, and this, in turn, gives them the confidence to regard startup life seriously. Early on, these guys started joining startups, and their successes reinforced their confidence, making them even more attractive to other startups.

As you can see, people with a pedigree can enter a startup cycle easily. These people are presumed to also be smarter, kinder, and more successful than their peers. This kind of treatment sparked the positivity cycle and became a self-fulfilling prophecy among graduates. The more startups treat these people as a special breed, the more likely they are to turn to entrepreneurship.

Our entrepreneurship drive is closely tied to how we fit into society and identify with its culture.

Some people think of entrepreneurship as nothing more than an impulse to prove a point. Well, entrepreneurship isn’t only a personal concern, it’s also a reflection of our social and cultural lives.

After all, startup opportunities greatly depend on the society you live in. Say, for instance, you have a great idea and an efficient team but live in an unstable economy fraught with political tensions; you might hesitate to start the business. This kind of fear can be overpowering. As a result, entrepreneurship becomes central to how we see ourselves fitting in a social group. It is important to be part of startup groups and events.

If the societal norm is to get funding in the first year of starting a venture, then a startup that hasn't got funding in five years may be perceived unattractive or uptight. Current norms suggest that external funding is a sign of idea validation and being cool. But this attitude can create unnecessary anxieties.

Culture has often dictated that a startup becomes mature when it finds an investor. Currently, in India, the startup culture often encourages entrepreneurs to define themselves by the investors they have managed to attract, a tendency that can start at an early age. It’s easy to see how this obsession with investors is reinforced in popular startups events, and on TV shows.

To the first-time entrepreneur, funding can seem like a mystical rite of passage. And one’s first funding act is usually fraught with pressure: it’s not supposed to be as magical and incredible as we’ve been led to believe it is. This pressure doesn’t ease with time, either, it tends only to increase as we go further.

These days, a 'good' startup is supposed to be many things. It’s supposed to be innovative, passionate, exciting, kickass, funded, with a great valuation, agile, and inventive.

The idea of a 'good' startup is so prevalent that it can seem like we’re failing as an entrepreneur unless we achieve a certain level of ecstasy on a regular basis. So it shouldn’t come as a surprise that we often look for help getting there.

This increased desire for gaining entry to the startup club has made those who don't know the first thing about starting up get into the lucrative market of mentoring entrepreneurs. And since modern-day entrepreneurs face considerable pressure to perform, more and more of them seek mentorship before even starting to make sure their company performs well.

Many investors, who have hitherto never invested in a startup, often feel the need to be recognised and seek it by giving a talk or making loud noises at events. But this isn’t when they are investing in startups, it’s when they think startups are ignoring them.

Have a chill pill

The lines between a corporate job and a startup job are gradually blurring. This is rather remarkable since it wasn’t that long ago that a man who had a failed startup would be branded a failure and shunned by his peers. It is not the case anymore.

It high time to just relax, be yourself and focus on having fun and enjoying the journey of entrepreneurship.