When surprises and happiness become a business idea and a good one at that, more on Oye Happy’s startup story 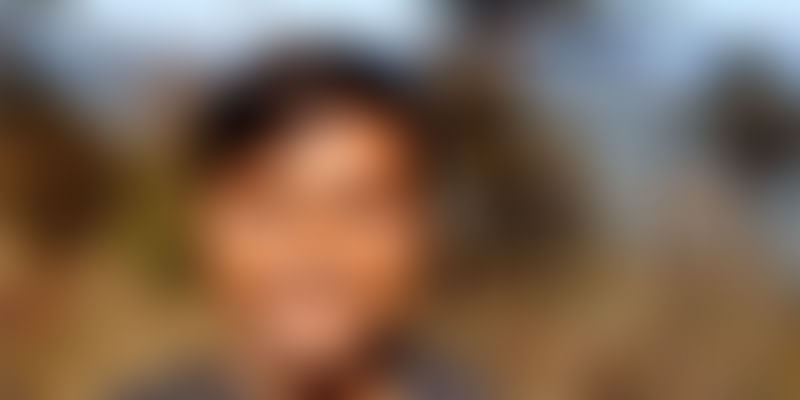 This announcement is sponsored by Tissot

A marriage proposal on the big screen in a movie theatre.

Surprising a diehard Harry Potter fan with an ‘acceptance letter to Hogwarts.’

Gifting a loved one with a kettle of ‘100 reasons why you love him or her.’

Hiding inside a giant gift box to surprise a loved one.

Anything but the same old, tired gift routine: this is the USP of the gifts and experiences that Hyderabad-based Oye Happy offers its customers. More often than not, their gifting solutions are sure to get you that desired reaction and response, in the form of a huge hug, or even that much awaited “yes”.

Co-founded by Varun Todi and his cousin Harshvardhan Khemani in 2014, Oye Happy offers ‘out-of-the-box’ (sometimes literally) products and experiences. Their innovative ideas have not just won them popularity among customers, but also the Tissot Signature Innovators Club Award for the month of December 2016.

From a casual experiment to a successful business

Growing up in a small village in Assam with a fairly idyllic childhood spent chasing dragon flies, playing marbles and catching tadpoles, Varun landed up in Bangalore to work as a copywriting intern at an advertising agency. Soon, Varun and Harshvardhan started their own ad agency in Hyderabad.

Helping a friend to plan a surprise for her boyfriend was the turning point in their story. The surprise was such a hit that several mutual friends and acquaintances began approaching the duo to plan surprises. That’s when they decided to start Oye Happy. It started out just as an experiment, but the initial success gave them the confidence to go full throttle, and they decided to shut down the ad agency.

A little more than two years since its launch, Oye Happy is going strong. The startup matched FY 2015-16 revenue in the first four months of this financial year itself. Their orders have increased by five times since last year. So far, in the current financial year, they have facilitated over 10,000 surprises in over 300 cities across the country.

The gifting industry in India is worth $30 billion, of which online gifting is currently contributing only $400 million. This number is growing at about 20 per cent every year, says Varun.

“While most companies are investing in technology or retail outlets, there is barely any innovation when it comes to the gifts or experiences themselves. The focus is on ‘how’ to sell rather than ‘what’ to sell. And that’s what makes us different. We create our own range of unique gifts and experiences which are cost-effective, scalable and customisable.”

The Creative Head at Oye Happy, who also heads marketing and ‘surprises development’, gives an insight into what makes their offerings so unique and popular.

“We don’t curate as much as we create. Over 80 per cent of the gifts you see on the website are created in-house. It’s the only reason why you won’t see Oye Happy’s products listed on any other gifting platform in the country and that gives us a big competitive edge.”

Varun explains that even when they do procure gifts from partners, their creative team works very closely with them to give them a unique touch unavailable elsewhere. For example, instead of selling regular cakes, they introduced the concept of ‘gift inside a cake’. This makes it difficult for competitors to duplicate their ideas, as most players in the market focus on curating gifting solutions.

Their range of products – which enables customers to create an element of surprise to accompany the gifts – and Oye Happy’s marketing mantra have been key enablers when it comes to their startup growth story. Their diverse range of products enables them to cater to a wider audience base with varied interests and preferences – from a selfie-addict to a movie buff to a socially conscious person. The team at Oye Happy put all their heart and soul into creating gifts and surprises that truly touch people, and it shows.

Varun recounts one such instance, “Last Christmas, a woman wanted to cheer up her mother-in-law who was battling the third stage of cancer. I dressed up as Santa Claus and we did some silly things to make her smile. Watching her sing Jingle Bells with us and getting excited at the sight of gifts being pulled out from the sack was one of our warmest moments.”

What truly stands apart is the team’s carefully thought out CSR and community welfare initiatives or, as they prefer to call it, Community Surprise Responsibility. For instance, in 2016 on Independence Day they built a website (www.letterstoindianarmy.com) and asked people to write ‘thank you’ letters to the army. The letters, over a 1,000 in number, were delivered personally by Harshvardhan, the CEO,to the army camps in Kashmir.

Talking about their marketing mantra, Varun says, “Surprises have an inherently high viral coefficient factor and they usually sell themselves. That has truly worked for us. Some of our amateurishly shot videos of actual surprises have garnered over half a million views.”

People in the business of happiness

“Sitting back on a bean bag with a pair of earphones and watching our startup machinery run on an autopilot mode is what makes the journey worth it. Not too long ago, every single task had to be done by Harsh and me. Now we have an amazing team doing a much better job than we did. It is very satisfying to watch the transition happen,” says Varun.

The man who heads the creative side of the business has a quirky side which is visible when he explains the roles of the co-founders. “I am a thinker, Harsh is the doer. I am the lazy guy with a beer and he is the hard worker. He handles the business side of things and I handle the creative side. I also double up as the official bartender in office parties.”

For the 20-member strong team at Oye Happy, every day is chaotic, exciting, and full of surprises. The co-founder says they “are probably the only company in the country where the only thing monotonous is that there’s a surprise every day”.

For once, the team is on the receiving end of a happy surprise, with the Tissot award coming their way. “So far, we had been branded as a ‘cool’ company or as a company with ‘out-of-the-box ideas.’ This is the first time we are being officially validated as innovators, and that too by a brand such as Tissot. It means a lot to us,” exclaims Varun. “It isn’t easy to create unique surprises every month with nothing but just an idea to rely on. And, it is a remarkable feeling to be acknowledged for it. More than the founders, the win is for the team.”

On a lighter note, he adds, “I am sure the team will come up with a bizarre way to celebrate the win.”

2017 is going to be very exciting for the Oye Happy team as they are keen to make their presence stronger in all major cities in the country. At the moment, even though they have catered to customers across 300 cities in the county, over 70 per cent of the business comes from Tier 1 cities. “We are working on penetrating into the market in a more wholesome way. We are also looking at introducing things the country hasn’t seen before,” says Varun.

The team has just started working with corporates and will explore the segment further in 2017. Their name, Oye Happy, serves as an indicator into their future growth plans.

“Well, there’s a nice ring to it, isn’t it?” he asks. “That’s not all there is to it. We were very clear about not having the term ‘gift’ in the name because you never know what we might evolve into. We want to make people happy in whichever way we can and we try really hard to make it happen.”

If you consider yourself one such innovator or know one, fill in the nomination for the Tissot’s Signature Innovators Club