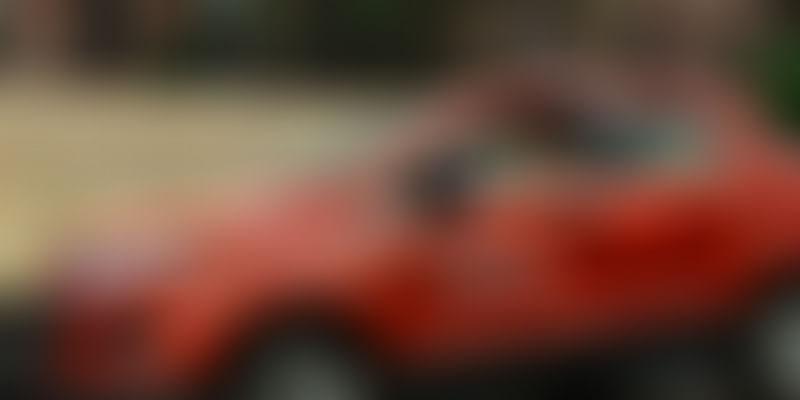 Self-drive car rental company Zoomcar on Wednesday announced the launch of “Cadabra”, its flagship full stack solution to transform vehicles into IoT-enabled vehicles, or as they have termed it - “Internet of Moving Things”. Equipped with Bluetooth and 4G cellular connectivity, Cadabra will track several items of information and driver behaviour, including fuel levels, clutch position, harsh braking, inconsistent acceleration, seat belt usage and engine health, among others.

The solution also offers the possibility of over-the-air updates (OTA), which will help Zoomcar add more functionality later this quarter. Cadabra will be deployed across Zoomcar’s new marketplace programme, ZAP, short for 'Zoomcar Associate Program', in an effort to improve the car ownership experience and help the owner save costs and reduce accidents.

Founded in 2013 by David Back and Greg Moran, Zoomcar is headquartered in Bengaluru, and its services are presently spread across 14 Indian cities. It allows the user to rent cars by the hour, day, week, or month. The vehicle catalogue includes cars ranging from hatchbacks and SUVs to luxury vehicles. At the press briefing, Greg noted that Zoomcar currently has 2,500 vehicles in its network, which together clock about 3,800 rides daily.

In August 2016, Zoomcar had closed a $24 million Series B round led by strategic investor Ford Smart Mobility LLC, and also saw participation from their existing investors, including Sequoia Capital, Empire Angels, OurCrowd, and Nokia Growth Partners. In December 2016, Chinese venture capital firm Cyber Carrier CL also invested an undisclosed amount as an extension to the startup's Series B round.

While Zoomcar's initial aim was to have its own fleet, the company has been in the process of moving to a marketplace model, and had launched ZAP in 2016. This allowed individuals (associates) to purchase vehicles on behalf of Zoomcar and list them on a dynamic basis on its platform, to make money from their cars when they’re not driving the vehicles. The two entities, Zoomcar and associate, finally share the profit on a monthly basis.

Greg noted that more associates are free to list their vehicles as they please, provided that they make them available for a minimum period stipulated in their contract. He also noted that, contrary to popular belief, more associates list their vehicles on weekends because of the surge in demand, and also because Zoomcar offers them better prices and margins compared to weekdays.

Talking to YourStory, Rajesh Bysani, Chief Product Officer at Zoomcar, noted that they chose the name Cadabra to highlight the sense of magic and wonder that they expect users to experience with their new IoT-enabled ecosystem.

The underlying principle behind Cadabra is allowing access to real-time in-car data that makes the driver safer and more efficient. Zoomcar noted that it shares this common goal with manufacturers and insurance companies across the country.

Cadabra plugs into a car's OBD-II (onboard diagnostics) port to provide information like distance travelled, fuel used, clutch performance, and more. In addition to offering notifications to advise drivers on how to optimise speeds, save fuel, and process engine alerts, Cadabra can also connect with emergency services in the event of an accident with real-time vehicle location tracking.

With Cadabra's intelligence, Zoomcar aims to reduce maintenance and servicing costs while also allowing individuals to better avoid accidents. Cadabra is fully integrated into the Zoomcar app, and allows the company to review and rate trips, keep track of the cumulative driver score, and give tips to improve driving behaviour (in real-time and post trip).

Zoomcar notes that the more data that their ecosystem generates, the more accurate and responsive Cadabra becomes. Greg, CEO of Zoomcar, noted that this allows for a multitude of possibilities in the months ahead. He said,

Mobility needs are constantly evolving, and so are our customers’ expectations to access cars in simple, uncomplicated ways. The time is now to bring the intelligence of the smartphone and other connected hardware to the car. The convergence of these three elements will continue to transform the automotive sector by enhancing performance, safety, and driver comfort. This is undoubtedly a stepping stone to even more innovative applications within car rental in the months ahead.

Zoomcar's aim is to help car owners (associates) earn passive income when their vehicles are otherwise lying idle. Earlier in July 2016, Elon Musk had outlined a similar vision for self-driving Tesla vehicles in his ‘Master Plan, Part Deux’. The difference, though, is that Musk's long term vision is of passive income through fully-autonomous self-driving vehicles.

Keyless entry and other tweaks

Zoomcar is targeted towards the segment of urban dwellers who don‘t want to own a car; so, the company has also launched “KLE ”, short for keyless entry. This feature allows consumers to unlock cars through Zoomcar's app, pick them up, and drop them off at various points across their neighbourhood.

The phone talks to the car via GPRS and Bluetooth. The device sits under the bonnet and doesn’t require any modifications to the vehicle itself. Rajesh noted that after unlocking the car through the phone, users can access vehicle keys in the dashboard. Zoomcar's thought process is - "If you can’t find your keys, simply use your smartphone. If you can’t find your phone, use your car keys. If you want to loan your car to a friend, or rent it to a paying stranger, you send an access code to their phone."

Talking about how Cadabra works and its impact, Rajesh noted,

Zoomcar is using a mix of off-the-shelf products and some custom-made solutions, and we're tracking a wide range of inputs. This will help us better monitor vehicle costs, while also making it more appealing for people to sign up for ZAP. We want this to become India ’s first truly hyper-local product, and for that, the consumer experience is very important. If the cars are all outfitted with Cadabra and can report the car's health to the owner, they will be more likely to rent the car out to individuals in their neighbourhood.

Talking about Zoomcar's profitability and mobile focus, Greg remarked that while the company is profitable on a city level across all the cities that they are operational in, it is yet to become profitable on a corporate level. While Zoomcar is available on Desktop, Android, iOS and mobile web, Greg noted that Zoomcar is heavily mobile-focused, as almost 90 percent of bookings currently happen through mobile. Going forward, Zoomcar aims to sell off the fleet of vehicles it owns as it moves to a completely marketplace model.