Thanks to the 1090 helpline, stalkers who call women are being called back by UP police 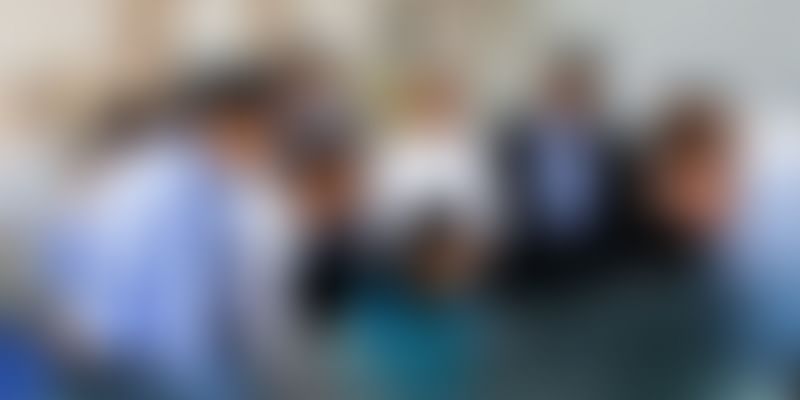 Recharge outlets selling the phone numbers of unaware female customers is a new business thriving in some parts of Uttar Pradesh. It sounds bizarre and unbelievable but it is true. The prices for girls' numbers are decided on the basis of their looks, and these men then harass them over the phone. An age-old harassment technique where a man keeps dialling random phone numbers till he hears a girl's voice on the other end has been given a major boost. The sheer numbers of such recharge outlets ensure that a man does not have to venture far to procure a girl's number.

The 1090 helpline set up by Chief Minister Akhilesh Yadav has brought this fast growing racket to light. The helpline was flooded with such harassment calls and soon made the government aware of this thriving business. The racket is using the anonymity of customers as its base — the recharge outlet vendors keep extra SIM cards in stock that they sell to customers with fake IDs. The victims are unsuspecting girls who come to the outlets to recharge their phones. The numbers are sold at a minimum of Rs 50 for 'ordinary looking' girls, with the price going as high as Rs 500 for 'good looking' ones. The conversations usually begin with the man requesting the girl to accept his friendship. Approximately six lakh complaints have been registered from November 2012 up till January 2017. More than 95 percent of the calls have been resolved by this helpline.

One of the customers, a 24-year-old Mohammed, has admitted frivolously to Hindustan Times how he obtains the phone number and coaxes women to accept his "friendship" request,

There are two-three recharge shops where we can get numbers of girls. There is one from where my friends and I buy a phone number for Rs 30. A father and a son alternately sit in the recharge shop. We go there when it’s the turn of the son.

The 1090 helpline began in 2012 after a woman broke down in front of the Chief Minister. Following this, inspector general Navniet Sekera was asked to take over the responsibility of tackling women's issues. Sekera is the man behind the design of this call-in structure. The helpline was promoted by conducting awareness programmes in villages and putting up hoardings as well. One of the constables, Rajesh Pratap Yadav, receives over 100 complaints every day. The constable then calls up the man stalking the girl and informs him of the complaint received and makes the man aware of who he is talking to. Elaborating on his approach to the complaint, Yadav told the Hindustan Times,

Maan jayiye, nahin mane toh karyavaahi ki jayegi. (Straighten up or we will be taking action). The men on the other side too have a line they like to open with: “I have no idea what you are talking about. I had put my phone to charge and gone to have a bath. Someone may have misused it in the meantime.” Some begin to cry right away. Some angle for sympathy. “They say ‘I like her’ or ‘she is my girlfriend who has stopped talking to me’. Some claim that they dialled the number by mistake. And some simply say “sorry” for “opening their eyes.” These are all kinds of men: young, old, teenagers, rural, urban, working, jobless.

Most of the complaints are resolved by just a single phone call from the helpline. There are some who wait for the heat to die down and start with their antics again. Talking about these men, Sekera told the Hindustan Times,

We track their numbers. If they harass a woman again, we move to the next level. We call the man in along with his parents, ask them to track his habit. We involve his sister if he happens to have one. We make them take an oath on Gita not to harass a woman again.

The above approach helps and the remaining men who do not mend their ways even after this are arrested for "phone stalking." This helpline has a mix of constables and college-going people and fixes problems like phone stalking or eve-teasing that do not fall under any existing law.

This initiative has picked up pace and grown tremendously over the past few years. Women who in the beginning did not complain till a month of such phone calls are now complaining within the first hour of receiving them. More and more women are becoming aware of the '1090 helpline' and with the good percentage of complaints that are being resolved, a tremendous change in a positive direction is inevitable.