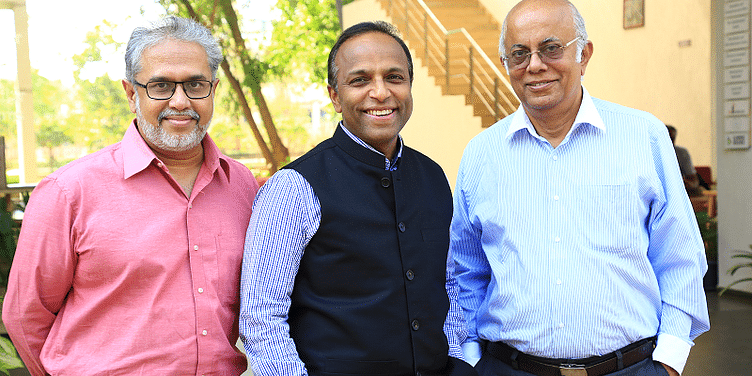 The WHO estimates that 30 percent of all deaths in ICUs are caused by bacterial infections picked up after successful procedures. Bengaluru-based Bugworks wants to find solutions to put an end to such infections.

There are many instances when patients have died in hospitals even after successful surgeries, succumbing to nosocomial infections — those that are picked up in a hospital. A majority of such deadly infections are caused by microorganisms that are resistant to antibiotics. These organisms, dubbed as superbugs because of their virulence, are responsible for a large number of ICU-related deaths. Unfortunately, the pharmaceutical industry's last innovation to fight these bugs dates back to 1974 and no new drug to treat infections caused by superbugs has been discovered since.

Now, a small company tucked away on the University of Agricultural Science campus in Bengaluru is determined to renew the fight against the superbugs. For the last three years, it has been engaged in efforts to find a solution to deal with superbug infections.

"Antimicrobial resistance is growing at an alarming rate and is turning out to be a global crisis. It is heartening to see companies like Bugworks take this problem head on," says Kiran Mazumdar-Shaw, Chairperson of Biocon.

Over the last four decades, big pharma companies, having burnt a lot of money to discover new drugs for infections, no longer want to spend dollars on them. Instead, they are only invested in making drugs for diseases like cancer and diabetes. Santanu Datta, Chief Scientific Officer and co-founder at BugWorks Research, says,

“Drugs to fight infections are not a lucrative business for Big Pharma, because they do not win the lifetime value of a patient, whereas other drugs that treat diseases like diabetes and cancer are consumed for life and are therefore more valuable.”

According to Review on Antimicrobial Resistance (AMR), infections take 50,000 lives every year in the US and UK alone. Now the data for countries in Asia and Africa could take the number well over a million. The AMR predicts that this number could reach 10 million by 2050.

“AMR is soon going to become the biggest threat to human health - larger than cancer. Classical drug discovery approaches have not provided any breakthroughs in the past 10 years. Bugworks' system biology approach has the potential to provide the necessary disruptive breakthrough for this important problem.”

These infections currently resist all antibiotics. “Remember, bacteria mutates every 20 minutes and have been around longer than humans,” says Santanu.

The company, whose molecule is in advanced stages of animal testing, could be in human trials in less than two years. In less than three years, the company will have a pipeline of assets that can be outsourced to global pharma companiers, giving it the potential to become a valuable drug research and licensing company in the world.

The founders of BugWorks Research claim to have done more work with the $2.5 million VC money they have raised, than what a company could have done with $20 million. Typically, it takes 8-9 years to have a molecule that can go commercial. But these guys want to do it in six years of being operational and make it to the market by 2020.

The long journey to Bugworks

The company, formed in February 2014, came together after a few unexpected events. Anand and Santanu were colleagues at CellWorks, a computational modelling company for the biotech industry. Their company had partnered with Astra Zeneca at the latter's pharma R&D centre in Bengaluru, and that was where they met V. Balasubramanian.

The three had met earlier in early 2012, when they had flown to London to present a paper to Welcome Trust, a charitable organisation that supports scientists and research. The paper was on tuberculosis cure and how a computational model could be used to derive a cocktail of drugs rather than empirically stitching together a treatment combination to fight the TB bacterium. They were up against 125 such applicants from global research centres.

Their respective companies had allowed them to present their paper to Welcome Trust on the condition that their idea would be supported only if they won the grant. “We were clearly told that we would not be encouraged to work on TB infections, unless we won the grant, because it was not core to both the companies,” remembers Anand.

The three were eventually selected and given a grant of £1 million. But things took an unsavoury turn for the trio in 2013. Balasubramanian, then 55, had to stop work on TB halfway after the Astra Zeneca R&D centre was shut down. Soon, Welcome Trust stopped the grant to Balasubramanian who then reached out to Anand and Santanu for a position at CellWorks. But as soon as he joined the company the three were told by CellWorks to wrap up their work. “This is when the three of us decided to go out and set up our own firm. We were taking a big risk,” says Anand.

For Balasubramanian and 62-year-old Santanu, entrepreneurship was a new experience and it all felt very risky. They decide to jump in purely based on Anand’s track record of building companies. Anand had built and grown at least three startups into large companies. Magma and CellWorks were the well-known names. The three then concentrated on raising money and building a team.

Jawahar Gopal, Chairman, Featherlite, who had heard about the company through a common reference called on Anand. He took in their presentation on battling hospital-related infections and offered them a cheque of Rs 1 crore. “We never knew that a home and office solutions company chairman would be the first person to bet on us,” says Anand Kumar.

By then the company had moved into Centre for Cellular and Molecular Platform and garnered support from Department of Biotechnology. Here they had access to advanced labs that could make this company create the molecule. Around $1 million was raised from angels by the end of 2014 and they subsequently raised $1.5 million more. The 22-member team has been hard at work since. “We will be ready to go into human trials or Phase I of clinical trials over the next 18 months, which is a big thing for a home-grown company,” says Balasubramanian.

Usually, drug discovery companies find it difficult to reach Phase III, which is the human trial stage, and most of them (around 35) are based in the US and the UK. If they go past human trials, which the company will test in the US, Phase IV will be getting FDA approval of the drug to commercialise it.

“We work on a 'Fail Fast, Fail Cheap' model. If it does not work we move on to learning other patterns,” says Santanu, underscoring the importance of data to go about the process.

Bugworks outsources its works to big labs after it streamlines its data. Most of the Phase I and II of testing the molecule is done in larger labs of Indian pharma companies, where payment is based on the time and effort. This keeps costs low for the young company. They have access to bacteria from the labs of St John’s Hospital and Narayana Healthcare.

The company is closing a large round or Series-A soon and has filed for several patents. It will license the molecule or molecules to several pharma companies who will pay this company in royalties.

“I invested in this company because of a couple of things. This is an extremely important area for India because there are very high levels of antibiotic drug resistance in hospitals and it is urgent that we find a solution that is potentially affordable to us. Secondly, I want to encourage risk taking and innovation in the bio field in our country,” S Shrikumar, founder of Sea6 Energy.

Gilead, Handa, Quark, Evotec are companies that are based in the US and have spent billions of dollars to fight infectious disease. According to Grandview Research, the infectious disease market is currently worth $20 billion globally and can go up to $26 billion in five years.

"What was impressive was the unconventional methodology that they had chosen to approach this huge worldwide problem.

After they explained the enormity and urgency of the problem of superbugs and the resistance to antibiotics I found it necessary that I backed these founders,” says Jawahar of Featherlite Group.

It has been exactly three years for these men who are on their way to creating a pathbreaking solution to combat hospital-acquired infections. Moreover, they are in a country where anyone over 50 are considered old to be entrepreneurs. But such statements from the funding community have not deterred Anand, Santanu and Balasubramanian because they know that they are on the verge of creating something real and tangible for the future of humanity.