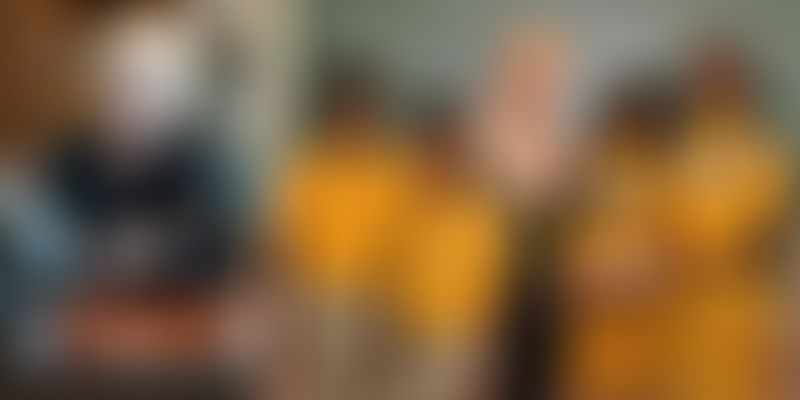 From living in war-torn Germany to working as a nanny in the UK. From building a multi-million dollar business venture to using her problem-solving skills towards poverty eradication and educating impoverished and orphaned children – Christel DeHaan has seen it all.

An entrepreneur at heart

Growing up in war-torn Germany during the 1940’s did not stop Christel DeHaan, 75, from becoming an entrepreneur. She immigrated to the UK and worked there as a nanny, before shifting to the US in 1962. In 1973, Christel co-founded Resort Condominiums International (RCI), an entrepreneurial business venture, which went on to become the world’s largest vacation exchange provider.

When Christel sold the company in 1996, RCI had more than 3,000 resort affiliates and 2.2 million member families. The annual revenues surpassed $360 million. Today, RCI, a division of Wyndham Worldwide, runs 6,300 affiliated resorts in over 100 countries around the world.

After selling her company, Christel pursued what she had wanted to do the most – giving back to the society in a meaningful way. She says,

“At heart, I am an entrepreneur. Starting with an idea, and creating a product or service that delivers the desired result is enormously gratifying. I am also a problem solver. The process of analysing root causes and developing solutions has been applied in both RCI and in Christel House.”

Opening the doors of Christel House

Christel visited a couple of orphanages in Mexico during early 1998. “That experience touched me deeply. Children were warehoused in crowded dormitories with only a tiny patio for nearly 150 to play. Washing was done by hand and hung on the roof to dry. The other facility had no electricity – the generator was broken – and water was gathered from a cistern. To get to school, the children walked 5km because the school bus was broken.”

The experiences were enough to make Christel realise that writing a check for the children is not the long-term solution to their problems. In order to rescue the children from the endless cycle of poverty, the need for a more meaningful and holistic approach was felt.

This realisation culminated in the formation of ‘Christel House’ the same year. In less than four years, Christel started five schools which combined learning with human development. Christel adds,

“Education is a great equaliser and the pathway to a better life. However, good health and nutrition are also basic conditions needed for learning. We needed to ensure both.”

Instead of building schools with boarding facility, the students return home from Christel House each evening, carrying with them the lessons and values they have learned. Christel adds,

“Courses on topics like combating domestic violence, health and hygiene, HIV prevention, and financial management are offered to parents. The main goal is to strengthen the family and to keep the family unit together.”

Even after the students graduate from Christel House, they receive mentorship and guidance to be successful in universities, technical schools or their workplaces. ”Only when they become self-sufficient, contributing members of society have we fully achieved the Christel House mission,” Christel says.

The number of students Christel House educates and serves continues to increase each year. In 2016, 4,623 students were served at six locations across four countries – South Africa, Mexico, the United States, and India.

The work and progress in India has made Christel very proud. Deloitte, the UK-based accounting firm, conducted an efficacy study on the effectiveness of the Christel House model and came up with some very interesting findings. Christel adds,

According to the Deloitte report, the efficacy of the education model built by Christel House was the highest when compared with other initiatives catering to a similar demographic in India. In the academic year 2014-15, 98 percent of students passed grade 12 exams while the numbers for Karnataka’s government schools and private schools stood at 63 percent and 73 percent, respectively. “When you consider that our students are selected on the basis of their poverty – not IQ or academic abilities, I think these results are outstanding,” Christel says.

Despite the great success story Christel House has showcased, the challenges are many. Finding good principals and teaching staff is a difficult task. Christel says, “Teacher training and preparation in developing countries need much improvement from its present rote learning model into one that stresses critical thinking and project-based learning.”

In the years to come, Christel plans to explore the possibility of expanding their services to other countries, including Jamaica, Brazil, Sri Lanka, and Tanzania. Christel House also considers adding additional centres in countries the organisation is already operating. Christel says,

“Establishing a new learning centre is always a significant financial undertaking. As we increase our base of donor support, it allows us to open more Christel Houses and serve more children.”