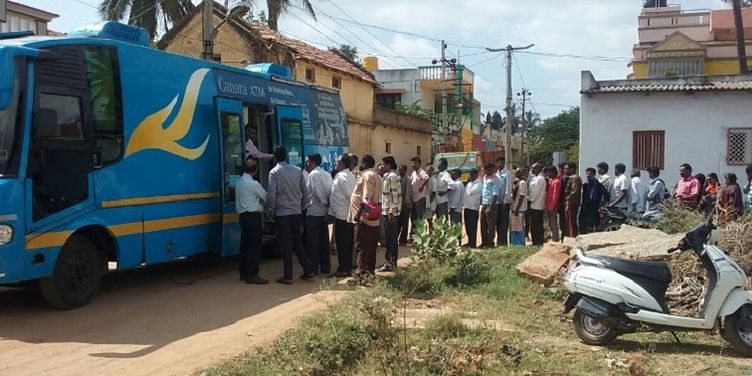 The RBI has announced that the weekly withdrawal limit for savings accounts will be raised to Rs 50,000 starting February 22, 2017 and that March 13 onward, the cap will be lifted altogether.

Following the demonetisation of Rs 500 and Rs 1,000 notes by the government last November, in order to cope with the paper money crunch at ATMs, the central bank had placed several caps on the weekly withdrawal amounts. At present, one is allowed to withdraw Rs 24,000 in a week from their savings account only.

However, new directives issued by the Reserve Bank of India, narrated by the RBI Deputy Governor R Gandhi in a media address made by him along with RBI Governor Urjit Patel on their bi-monthly monetary policy review, state that this limit is now Rs 50,000 per week, starting February 22 (or the week of February 20), 2017. The restrictions on weekly withdrawals from current accounts and ATMs were lifted more than a week ago.

When demonetisation was first announced, the daily withdrawal limit was set to Rs 2,000 from the ATMs which was spiked to Rs 2500 within a day. In the coming months, it was hiked up to Rs 10,000 a day, before being abolished altogether from February 1 onward. So, effectively, the daily withdrawal limit from any savings bank account from an ATM or a bank was Rs 24,000, given that the Rs 24,000 a week limit persisted for savings accounts.

Meanwhile, one could also exchange Rs 4,500 in old currency swap, after the limit being Rs 4,000 initially. This was reduced to Rs 2,000 per person in 10 days, before disallowing it altogether a week later. Meanwhile, the cap placed on withdrawals from savings accounts was Rs 24,000 from bank accounts per day from November 10.