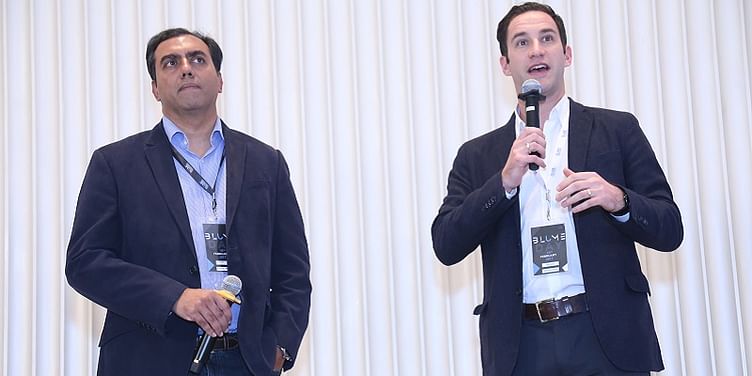 The past few weeks have been a roller coaster ride for the Indian startup ecosystem. The central topics of conversation at most events, gatherings and cocktail parties have been protectionism, capital dumping, and of course, the devaluations that Flipkart, Snapdeal and Ola have undergone.

The general mood has been sombre, and many have even gone so far as to write off Indian startups. Today, however, the Indian startup ecosystem woke up to a different type of news – that of Tim Drapers’ Draper Venture Network backing Indian startups through an alliance with early-stage fund Blume Ventures.

Despite the devaluation of the unicorns that has made investors wary, prompting them to assess their own portfolio companies, Tim Draper is nevertheless looking at India positively.

In an email to TechCrunch, he said,

When Prime Minister Modi decided to clean up the Rupee, it sent a strong message to investors like me that the Indian history of corruption may be coming to an end. We have had such great experiences with Indian entrepreneurs in Silicon Valley…With a clearer rule of law, India might just take off.”

The whole idea of being a part of the Draper Venture Network (DVN) is to collaborate, share business intelligence and syndicate their deals to firms in Silicon Valley.

Let us put ourselves in the shoes of the founders. What founders essentially want is help after you’ve cut the cheque. While we can help them in India, how do you help them globally? It isn’t easy understanding the global markets. There are only one or two people as founders, and only so much can be done by them.

What it will do

Started in the 1990s, DVN typically partners with early-stage venture funds. In a TechCrunch report, DVN claims that its 10 member firms collectively have about $1.6 billion in assets under management. It has backed over 600 startups and has chalked up close to 200 exits, which include big names like Baidu, Skype and Cruise Automation.

Reports suggest that Blume and DVN will look at deals involving post-seed through Series B-stage companies. The focus will be on working to improve insurance, accounting, currency and banking infrastructure. Draper has said that they expect the Bitcoin, Blockchain and smart contracts to play an increasingly important role in India, along with marketplaces.

This association is great for startups like us. Getting Blume onboard as an investor is one of the best things. They open doors for you and truly understand things from a founder's perspective. They have opened doors for us both in India and internationally, and this alliance just shows Blume's commitment to help support the Indian startup ecosystem.

Bringing in the connects

Sanjay adds that with the DVN partnership, startups in India can connect with the member funds’ similar startups and exchange ideas and collaborate. How do they scale up? What are the best ways to enter a market? He says,

If a B2B business wants to tie up with enterprise customers in Singapore, Japan and the US, this is where DVN comes into play. The network helps you talk to enterprise customers, to bigger clients. The aim is to help our companies. A fund is ultimately a collection of your portfolio companies, and if you can add tangible value and help Indian companies incorporate best practices from global counterparts and expand into the markets, there is nothing like it. While we want this for Blume, we also want it for the ecosystem as a whole.

Today, whether we like it or not, we live in a collaborative world, and while venture fund managers can help startups with bringing more money onto the table, these kinds of collaborations mean that startups get help over and above that.

Looking back at 2015, it was possibly one of the most over-funded years for the Indian startup ecosystem. After China, India was the next big market waiting to be tapped. Foreign investors saw similarities in the demographies and rooted for the ecosystem. It was a no-brainer for many investors to dump and pump money into startups in India.

But what started happening was far from what was visualised. The success rates and growth stats that investors expected just weren’t being seen from the startups. This in turn made investors apprehensive of putting in more money, especially for the short-term.

Even the Draper-affiliated investment fund Draper Fisher Jurvetson sold off its India assets to Hong Kong-based NewQuest Capital Partners. Media reports suggest that the firm had established a local Indian branch in 2007, but it was shut in 2013 as it couldn’t deliver back to LPs. This was even the case of Canaan Partners’ Canaan India fund, which was sold to JP Morgan in 2015.

A media report quoted the insights and stated that only five venture capital-backed companies entered the billion dollar valuation club in the first quarter of 2016. This was less than half the number from any quarter in 2015.

CB insights also showed that there were over 19 events where companies raising new money or being acquired were doing so at a lower valuation. These included big names like Gilt, Jawbone and Foursquare.

Also, there is no denying that India has a massive middle class, with a growing mobile penetration and a pool of technological talent. What's more, Indian investors are sitting on a record amount of dry powder – the funds available with investors that are ready to be deployed but haven’t been used.

According to this report, India-focused venture capital and private equity investors are sitting on $7.1 billion in investible funds. This is not just money that has piled up over several years. LP (Limited Partners) interest in India remains strong.

At least 10 VC funds have done new fund raises between late-2015 and early this year. These were not small fund raises either. Sequoia led the pack with a $920 million fund raise, while Nexus and Accel raised $450 million each. Blume, meanwhile, raised $60 million. So while corrections are on the way, it isn’t all gloom and doom in the Indian startup ecosystem.