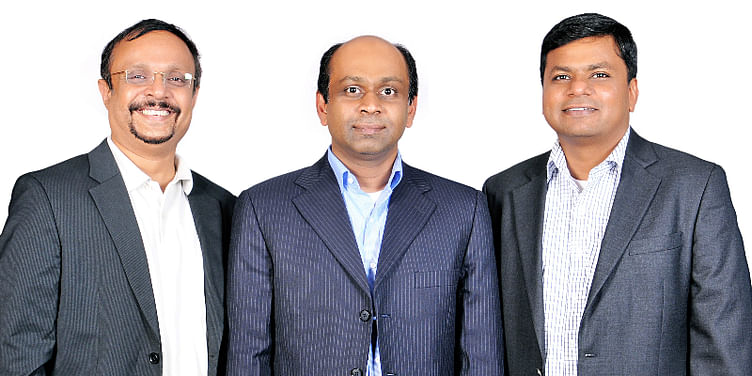 Flutura Decision Sciences and Analytics, an Industrial Internet-of-Things (IIoT) startup, on Monday announced that it had raised $7.5 million (approximately Rs 51 crore) in a series A round led by Vertex Ventures. The round also saw participation from Lumis Partners and existing investor, The Hive.

Flutura provides insights to drive industrial outcomes, based on their capability to interpret machine signals from connected assets and connected processes. The company leverages machine signals in the engineering and energy industry, to power new monetisable business models. Flutura's Decision Sciences fills a gap in the marketplace to bubble up previously undetected machine signals which impact industrial outcomes. It does so by mining IOT sensor, asset, operations data using its data science platform – Cerebra.

Founded in 2012 by Krishnan Raman, Derick Jose, and Srikanth Muralidhara, Flutura had earlier received a seed fund from Palo Alto-based The Hive, which is focused on the big data and analytics space. With operations in Palo Alto, Houston, Tokyo, and Bengaluru, some of Flutura's customers include Henkel, Stewart and Stevenson, and Sodexo. Flutura has also established partnerships with the likes of Intel and Hitachi for product and market access support and was also accelerated by Microsoft Ventures in the Hi-Po scale-up programme. Flutura were also winners of YourStory's TechSparks 2013.

Related read: Is there anybody out there, listening to the machines? Yes, Flutura

Talking to YourStory, Krishnan, CEO and Co-founder of Flutura, noted while in its essence theirs is a SaaS revenue model, the Cerebra platform allows for a variety of customisations based on the needs of the client. According to Flutura's blog, these include

The final outcome is the 'Unit pricing model' which could include Per asset per year, Per asset per app, Per asset per month, etc. Cerebra currently focusses on four main verticals – prognostics, diagnostics, condition-based monitoring, and intelligence. Currently consisting of a 70-member team, Flutura's top markets include USA and Japan.

The founding team collectively has more than six decades of experience in the industrial engineering and advanced analytics space. The team noted that a rapid learning curve achieved by working with some of the world’s many industrial companies and learning from fluctuating market dynamics has helped them refine their approach to customer acquisition.

Flutura, in a short span since founding, has accomplished a very mature solution-set for the Industrial IoT space. The solution relevance is clearly visible, from the global traction it has garnered, and the value adding use cases it has powered.

According to a recent report, the IIoT market is expected to reach $151.01 billion by 2020, at a CAGR of 8.03 percent between 2015 and 2020. Factors which are driving the IIoT market include technological advancements in semiconductor and electronics, evolution of cloud computing technologies, and support from governments all over the world.

According to the company's vision statement, Flutura believes that the future for industrial manufacturing companies consist of embracing the 'outcome economy', an economy focussed on the marketing, pricing and selling of goods and services, rather than on an item or service's face value. Flutura believes that this large scale shift from selling electro-mechanical products and services is real and happening right now. So, in order to leap frog competition in the new marketplace, Flutura believes that next generation signal detection platforms are going to be key lever differentiating the winners from the losers. Speaking about their vision and future plans, Krishnan said:

We believe that the industrial sector is at an inflection point where digitalisation is disrupting fundamental process/product design, transforming business models and at Flutura we are uniquely positioned to help our customers thrive in this situation.