It’s a brave new world out there. Are our leaders braced for the challenge? 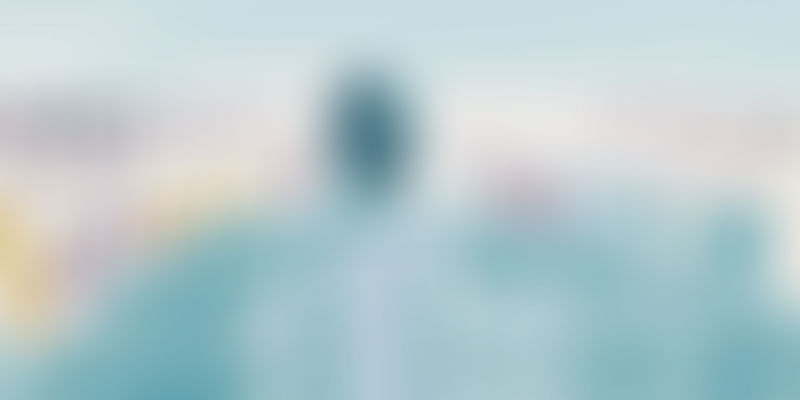 In our journeys as social leaders, we often think we must go it alone. Find out how two Ashoka Fellows scaled their ideas by scaling their belief and potential in people.

From political change in the US to social change in India, it has become clear that leaders in all sectors and walks of life need to understand the dynamics of power and change. For example, an idea that soaked through Barrack Obama’s ‘Yes We Can’ movement was that the power to change things was in the hands of ordinary people. He may have channelled that power, as he says in his final presidential message to his people, but never once claimed to be its fountainhead.

Nowhere is this learning more applicable than in the engineering of large social movements. While the leader of a movement is the visible fulcrum, the real success of an idea — its seepage into the veins of society — is when it is born within the people themselves. The leader becomes the facilitator of this experience. The people become its owners.

Almost a decade ago, a group of young students from Nemavar in Madhya Pradesh found themselves wedged in a caste-battle with their village. Children of leather-workers who handled animal carcases as a profession, they were shunned as ‘untouchables’. Their families had been oppressed for generations and accepted their destiny at the hands of a cruel and arbitrary system. But as these young people grew up, and were exposed to alternate ways of thinking, they realised that as citizens of a democratic country, their families could no longer be driven to do dehumanising work. The students protested against the profession, drowned their parents’ work tools as a symbolic gesture, and refused to be treated any differently from the people of other castes. They disrupted an inherent system within the community, and the first few police complaints against them were registered by their own parents, who were worried sick about where their next meal was going to come from. Nonetheless, the students persevered, and ultimately liberated close to 40,000 scavenger families from the continuing scourge of untouchability.

Ashif Shaikh’s arsenal is a weave of such inspiring stories. His movement to rid India of manual scavenging and caste discrimination is built on these individual and collective acts of defiance. When fighting a system as giant and entrenched as caste, that takes on different forms as it moves through communities, he says, “There can be no one leader.” Shaikh formed Jansahas as a community organisation to liberate manual scavengers from their profession, empower them by creating awareness about the rights, and link them to alternative sources of income. However, Shaikh soon found that occupying the sole space of the leader was slowing down the whole operation. “In the initial years, I had to strategize by myself. Then a team took over from me who did all the ground work. But when it came to being on stage or taking credit, they would step back. I felt very uncomfortable about this,” says Shaikh. With 95 percent of his team being ex-manual scavengers or bonded labourers from the community, Shaikh noticed that despite the hard work they put in, they didn’t want to rob him of the limelight. This could potentially be the biggest flaw in their growth, realised Shaikh. He challenged the old way of organising movements around an emphatic leader, and instead put his volunteers and team members on stage as the face of Jansahas. From this impetus, over 100 Dalit women and liberated scavengers marched to Delhi as part of the ‘Maila Mukti Yatra’, covering over 20 states in between. Everywhere they went, these women connected with their peer communities, spreading awareness about their own role in this liberating movement. Instead of operating under one person’s leadership, these women as a powerful collective knocked on doors of Parliamentarians across India to lobby for the passage of the Manual Scavengers Act.

There was nothing more powerful, says Shaikh, that could’ve scaled this idea to a movement, but it didn’t come easily. Internal team dynamics, expectations and roles had to be managed. “Everyone may want to lead, but we have to realise that leading is not about giving bhashan (lectures). Leading is about learning to be a facilitator. How do you imbue leadership with this quality? That’s what I’ve been trying to achieve with 700 team members and over 4000 volunteers,” says Shaikh.

In Kolkata’s red-light district Kalighat, an alert group of young people watch over their neighbourhood for signs of any trouble. Like the other seven youth groups in the area, totalling over 300 young people, this team is the community’s chief resource and protection against abuse, trafficking and domestic violence. This group, trained in peer counselling and peer reporting, has managed to completely eradicate inter-generational sex-work and pimping from an entire red-light district. The catalytic effect of one group in Kalighat has sparked many connected youth groups to take charge of their communities’ well-being and established these young leaders as role models for other children living in difficult situations. They call themselves the DIKSHA network.

Not unlike Ashif, Paramita Banerjee played a facilitator to the experience of self-evolution in these children. Starting almost 15 years ago from one room in Kalighat, Banerjee recognised that ‘internalised sites of disempowerment’ often held back these youth from successfully exiting the chain of sex work and abuse. Their lack of self-esteem and compounding physical abuse made them vulnerable, with no control over their bodies or their future.

While the area teemed with NGOs providing training and welfare services to the sex-workers and their children, they extended support, but no space for the women or their children to become partners in this change.

So that’s exactly where Banerjee started — from a physical safe space that inspired conversation between the youth. To, “hear beyond what they thought I wanted to hear,” she had to make herself invisible to the process while holding the strings of the experience. Banerjee didn’t dictate the conversation or jump in to shape it initially around gender and sexuality. Instead, the children were free to focus on everything from their favourite film stars, to artfully depicting scenes from their lives in the districts. The topics of conversation gradually deepened to issues like the need to escape the abuse at home, the brutality of inter-generational sex-work and pimping. Over time, the youth were made aware of their own rights, developed a healthy relationship with their bodies and demanded that the ‘DIKSHA’ space be made permanent. “I’m only one out of sixteen founders,” says Banerjee, “I don’t want to run an organisation. I was interested in opening this space, and to grow with it.”

The youth group swelled in size, elected its own core leadership and set out blueprints for what they thought were essential problems to solve. They performed street plays to empower their mothers, held a birth-certificate collection drive, and created a remarkably efficient and well-connected reporting system to monitor whether any girl was being trafficked into the community for sex-work, and other forms of abuse. “ The most important learning here is that if you enable them with the inspiration about their rights as young citizens, and then give them some tools to map their own situation, they have the best ability to apply those tools chart out strategies that will work,” says Banerjee.

It’s evident that these young leaders, not Banerjee, manage DIKSHA. This young team has developed a close relationship with the local authorities like the police, moving from an environment of fear and resistance to one of compliance and empowerment. Self-run, every team decides for themselves issues crucial to target and a locally-informed strategy of execution. Each member of this ecosystem — the authorities, social workers, young children, their mothers — has a role to play in this extended team-of-teams structure. Other than a finance manager, DIKSHA’s employees are this collage of youth-led teams of changemakers, who routinely amp up their leadership skills through training and exposure.

Establishing this type of a platform was always intentional, says Banerjee, but how was it practically done? “I wanted the work to continue at its own pace. It had to grow with the core group and how they decided to pull it. But like letting a child go, it was really difficult to move out,” she says. Conscious of this dependence forming, in 2009, Banerjee left DIKSHA for a year, only to find that the work had spread even more in her absence, and this strengthened her will to let go. Banerjee now focuses on advocating with policymakers in the government and the bilateral agencies, offering to provide technical support to replicate the same approach of youth leadership in the Ward Level Child Protection Committees.

To revive the introductory parallel, a woman says in a farewell video for Obama that for her, his presidency brought to the life a core constitutional term. We The People. After eight long years in office, it’s unfair to bind Obama’s legacy to a singular phase or decision, but a final message about his leadership style — which is becoming abundantly clear as the dust settles on the election — is that he made everyone matter. His vision extended to everybody, and everyone felt, even if briefly, the true power of belonging to a movement.

Shaikh is clear that to establish this kind of empathetic leadership or to create roles for others, you can’t run from the conflict that will ensue. “We must clarify our roles. Our role is to prepare people. It took us three phases, of conflict, confusion and clarity, to get to a system where the people are in charge,” he says. Similarly, Banerjee, who is neither the head nor trustee at DIKSHA says that she wanted to develop the capacity of others to lead. She responded to the need to have a permanent platform from which these young people could derive safety, self-confidence and leadership skills. “In school now, these children aren’t told anymore that they are blocking a seat. They have shown that they are creative, worthy children. That they matter,” says Banerjee.