What do healthcare startups feel about Budget 2017's healthcare push? 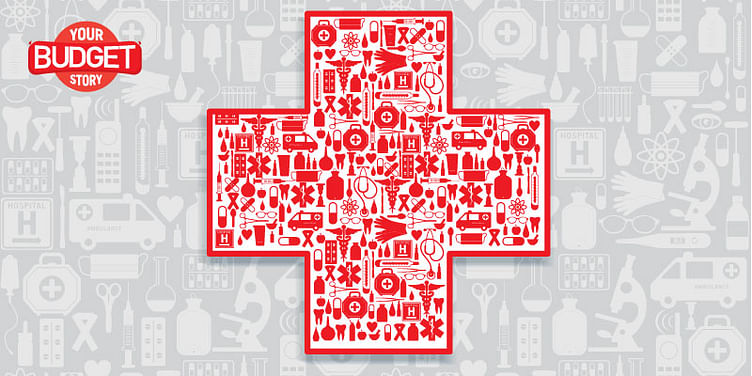 One of the biggest shifts in this Budget was the focus on affordable healthcare in general and medical devices in particular. There has also been a renewed focus on amending drug rules, which comes as a relief to many. As of last year, India recorded one of the highest percentages of out-pocket-expenditure towards medicines.

A report by the NSSO stated that over 72 percent of out-of-pocket health expenses was on buying medicine in rural areas and 68 percent was spent in urban areas. For online healthcare companies, this focus on making drugs available at a reasonable price comes as a welcome move.

Prashant Tandon, Co-founder and CEO, 1mg, an online healthcare startup, says that the new drugs and cosmetics rules to ensure availability of drugs at reasonable prices and the focus on the use of generic drugs is a good sign. He says,

“We need to see the details in the actual draft, but if implemented properly, this could be game-changing for the pharmaceutical landscape and consumers across the country who need healthcare. As regards a platform like ours, this is great news since we are committed to enabling exactly these objectives using technology.”

As of last year, the proportion of ailing persons was 104 per 1,000, with over a 13-point increase during the last 10 years. For outpatient care like primary healthcare, subcentres, and community healthcare centres, the utilisation of public services was at 25 percent and the inpatient care was at 40 percent.

Outpatient expenditure is believed to have increased by over 100 percent and inpatient care expenditure is up by 300 percent over the past 10 years. Sam Santhosh, Founder and Chairman Medgenome, believes that the focus on healthcare in the Budget has long been awaited by people in rural areas and the lower middle class. He says,

“With the rising medical cost, it was impossible for certain sections of the society to even afford life-saving drugs. It’s a welcome step to reach and penetrate even remote areas with limited healthcare access. Building an efficient healthcare system seems to be high on the agenda for the present government.”

Increasing the number of doctors

Sam believes that it is a move in the right direction as there is a need for more trained doctors, especially specialists, in the rural areas.

He adds that by increasing the additional 5,000 postgraduate seats per annum, the government has shown its intent to transform healthcare. He feels this determination to eradicate diseases like kala-azar, filariasis, leprosy, measles, and tuberculosis (TB) and bring down the infant mortality rate and maternal deaths is really laudable.

Prashant also believes that HR cards for pensioners linked to Aadhaar is a fantastic step and works as a precursor to universal health stack for India. He adds that they hope to see this stack have open APIs for private players to innovate in partnership with this backbone.

"Telemedicine using digital technologies in DigiGaon is another great thought and key to bringing healthcare access to all. We are waiting to see the details of the blueprint and how we can participate,” says Prashant.

Medical devices – a start, but a long way off

This is possibly one of the few times that there has been a mention of medical devices in the Union Budget. It shows that the government is finally seeing that there needs to be a push towards ensuring that devices are made in India.

Dr Jagdish Chaturvedi, Co-founder of InnAccel and an ENT surgeon, Stanford-India Biodesign Fellow 2012, and serial medtech innovator (18 devices, one licensed to Medtronic) with core expertise in identifying and analysing unmet clinical needs using the Stanford Biodesign process, believes that the move is in the right direction.

Jagdish says that a well-validated and understood clinical need is the most crucial element for any healthcare technology. He adds that today, most entrepreneurs who interview clinicians to identify pressing needs hardly spend any time in the hospital actually observing and understanding the clinical problems. The lack of in-depth understanding of clinical gaps, he says, leads to the development of vague and non-specific healthcare technologies.

“With the focus on medical devices and especially towards making them cheaper is possibly a start towards ensuring that more organisations and entrepreneurs focus on making high-quality medical devices in India.”

However, there still needs to be clarity on what is going to be done towards ensuring there is a greater push towards manufacturing and making of medical devices in India. K Chandrashekar, Founder and CEO, Forus Healthcare, believes that there still is a long way to go.

“While it is a great start, we still need to focus on deeper aspects of what will be the reduced costs and for whom exactly. We need a little more clarity, but overall it is a start,” says KC.

While the Budget's focus on healthcare has its positives, there are several aspects of the ecosystem that are to be addressed. The healthcare infrastructure is abysmal. According to a WHO report, India is short of over 5,00,000 doctors, making it worse than Vietnam. Also, Jharkhand and Chandigarh are believed to have the worst infrastructure for institutional deliveries.