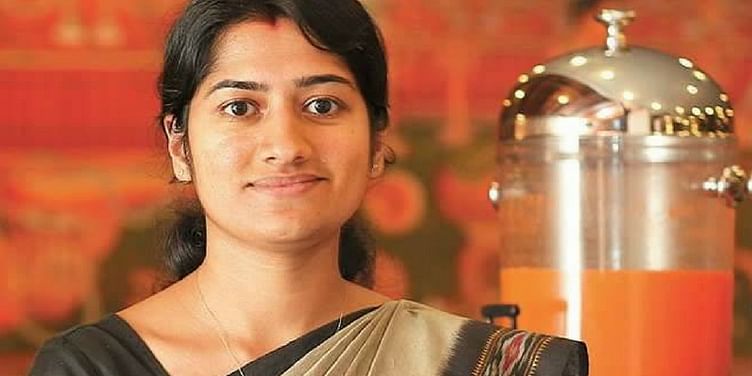 It all began 15 months ago, when she carried out a raid on a famous food brand, with reports revealing that the products contained very high quantities of impermissible substances. After the raid, this product was banned. Following this, many more raids were carried out, which also revealed that the pesticide content in some fruits and vegetables was about 300 percent more than the permissible limit. Over the course of her stint, she has seized and produced about 6,000 samples of adulterated food in front of the court. There have also been around 750 cases filed in the court against traders.

With the Food Safety Department being started only in 2011, some time initially went into the setting up of the department and determining how it would function. Resources, office and a lot of other things needed to be set up along with the analysis and work that was going on. While discussing the same, Anupama told the Deccan Chronicle,

Many things happen on a day-to-day basis, but there’s no ready solution, because we haven’t done it before. We know things like harmful pesticides are used. But how do we go about it? People have vegetables on a daily basis. You can’t just ban them. We needed another kind of solution. Everyone was aware of the situation. We were only a part of it. We spoke about it, made presentations on it at meetings, but the rest was done by the government or public. People started becoming so aware, and we continued lifting samples (from check-posts and markets).

Anupama also understood that different offences needed to be tackled in different ways. While speaking to Deccan Chronicle, she said,

Then there was the banning of certain products. Only some got highlighted. There are certain kinds of food items that, under the act or by various medical reports, we know are unsafe. You should treat them in one way. Then there are certain habitual offenders you treat a different way.

The numbers, once released in the media, raised awareness among Keralites as well, and pushed them to think on whether it was better to depend on oneself rather than relying on others. Soon, the folks of Kerala started growing vegetables on their own, and this initiative was backed by the government as well. The government soon began to provide subsidies to those who wanted to begin growing their own vegetables. This has led to a massive drop of 70 percent in vegetable purchases from Karnataka and Tamil Nadu.

Anupama had earlier become very famous in 2010, when she was ranked fourth in the Civil Services Examination. She has again shot to fame with the proactiveness and splendid work she has shown as a Food Safety Commissioner in the state. While talking about her popularity, she said,

I haven’t been comfortable with the kind of attention all this has brought. I don’t use my personal FB page much. No Twitter and no verified official page. But at some point, you have to open up. It is mandatory that we put all orders on a public platform. Whenever some case of adulteration comes up, we put it up on the website. I didn’t expect this kind of response. The worst situation is when your privacy is encroached upon. My family was dragged into it. Luckily, they were very supportive. Most of the staff were too, as was the public.

This humble and dedicated young woman proves that the actions of a single individual are enough to bring about a change.