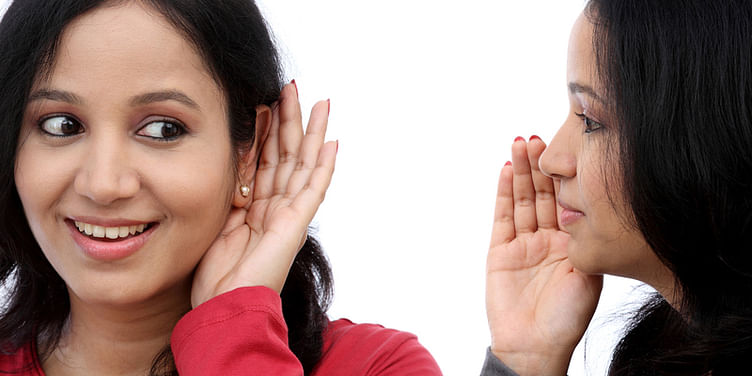 While brands may allocate a large part of their resources to paid advertising on platforms like social media and print, the truth is that the best form of reaching out to potential customers is through their existing ones.

Speaking to Forbes, Rob Goehring, CEO of RewardStream, said that based on collected data, most individuals go by the recommendations of their friends and family when it comes to their purchases.

“According to a report by Nielsen, 92 percent of consumers around the world say they trust earned media, such as recommendations from friends and family, above all other forms of advertising, and people are four times more likely to buy when referred by a friend,” he says.

Today, platforms like social media are being used to gain recommendations for almost all spheres of life. For instance, people often turn to Facebook for help with status messages like ‘Looking for a 2BHK in Andheri West for three girls. Any leads?’ or ‘Where can I get a carton of glow-in-the-dark paint in Bengaluru?’

This process of purchasing products and services based on the recommendations of friends, family, and acquaintances has now caught the attention of brand marketers everywhere, who are now tapping into its potential and referring to it as ‘incentivised customer referral programs’. In layman’s terms, it is an advanced component of word-of-mouth advertising.

According to another report compiled and published by the combined efforts of Oglivy, Google and TNS, 74 percent of consumers indicated that word-of-mouth marketing played a significant role in their buying decisions.

Keeping this in mind, some of the world’s largest brands have decided to take advantage of this phenomenon and launch several incentivised customer referral programs to help increase their sales and widen their reach.

You must have received messages from Uber, notifying you that if you share a certain referral code among your contacts, then you will receive 50 percent off on your next ride or so. This is a prime example of a brand using an incentivised customer referral, telling X (the rider) to refer a code to Y (the potential customer) so as to receive a discount (the incentive) and consequently increasing the company’s sales. A report states that Uber sees around 12.28x return on its investment, on each referred customer. Hence, it is natural that customer referral is such an important part of the company’s growth strategy.

The multibillion dollar conglomerate has over a million users worldwide and has witnessed an upsurge in popularity post the launch of its Amazon Prime feature, which gives customers free shipping, unlimited movie and TV show streaming with Prime Instant Video, and other perks for just Rs 499 in a year. The company offers a $5 Amazon credit to its user if the latter refers the new feature to a friend and after they make their first purchase. While the offer amount may change in number and form, the idea of an incentive for a user who just has to send across a single link to any one contact is a no-brainer and the move has ushered in a whole stream of new users.

Probably one of the greatest examples of a brand using customer referral to increase their numbers, Dropbox offers its customers 500 MB of extra space if they manage to enrol a new user. To anyone suffering from limited storage space on their million and one devices, this is possibly the smartest and easiest deal they could wager. On the basis of this strategic move pulled by the company, Samuel Edwards, Entrepreneur and Digital Media Strategist states:

“The program permanently increased signups by a whopping 60 percent, with more than 2.8 million direct referral invites taking place in the first 18 months. In fact, 35 percent of all signups now come from the referral program.”

The highly-popular MMORPG (Massively Multiplayer Online Role Playing Game), World of Warcraft, has possibly employed one of the smartest strategies to win over hundreds of excited gamers across the world. Unlike other computer games, where a customer would make a one-time purchase to acquire the game, WoW charges its players a monthly subscription fee to access the online servers. It offers several perks to its existing users if they bring in other new users to the game. For instance, by bringing a new player to the game, you can get a number of great in-game benefits, in this case being a flaming horse for your character to ride into battle with other players around the globe. Along with this, if an existing user refers a friend, they are allowed to go on quests together – irrespective of a difference in levels. Which computer-game loyalist would resist the urge to beat their friend at their favourite game, right? Genius!

While the process of launching incentivised customer-referral programs is catching on to the smaller brands as well, it not only requires master-planning and strategies employed around customer trends and habits but also enough resources to be able to afford these incentives. While many may deem it a great risk, those willing to play the cards right will always reap the benefits in the end.