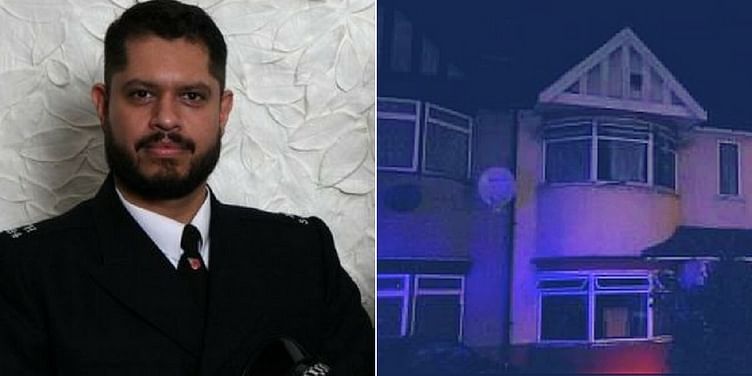 A heroic Indian-origin Scotland Yard officer has been honoured for risking his own life to save a family trapped in a burning house, winning the votes of thousands of Londoners.

Shand Panesar, along with colleague Craig Nicholson, won the award for Outstanding Bravery of the Year at the Total Excellence in Policing Awards last week. According to a PTI report, thousands of Londoners took part in the public vote to choose the winner of this year's awards, the Metropolitan Police said in a statement.

In September 2016, PC Nicholson and PC Panesar arrived before the London Fire Brigade to a raging house fire in Hillingdon and quickly learnt that two people were trapped inside. Although the officers had no fire safety equipment or protective clothing they acted in the best traditions of the Met and charged into the flame-engulfed house without any hesitation.

They searched blind, in thick black smoke, in a desperate bid to find and rescue those trapped inside but were beaten back by flames and had to retreat outside. At this point both officers knew that not going back in would be fatal for those inside. PC Nicholson then took several deep breaths before re-entering the address, only using his police issue white shirt to cover his mouth and nose from the toxic smoke. He made his way up the stairs in the darkness and heat and rescued a man and woman from the property. Once outside he disregarded his own breathing difficulties and commenced first aid on the woman who was unresponsive. She has since made a full recovery and medics confirmed that the woman would have died were it not for the officer's decision to risk his own life to re-enter the burning building, rescue her and commence CPR," the Met Police statement read.

Met Commissioner Sir Bernard Hogan-Howe said: "These awards give us the opportunity to recognise and celebrate the courage and professionalism of our officers and police staff in saving lives, fighting crime, and tackling armed and dangerous criminals.

"We all joined the Met to serve and protect Londoners and make our city safer for everyone. I am proud to lead an organisation where amazing work happens every day. Today is an opportunity for me to say a final thank you to all those men and women of the Met who give so much for London every day."