How the Junglee mafia came together to fund HyperTrack 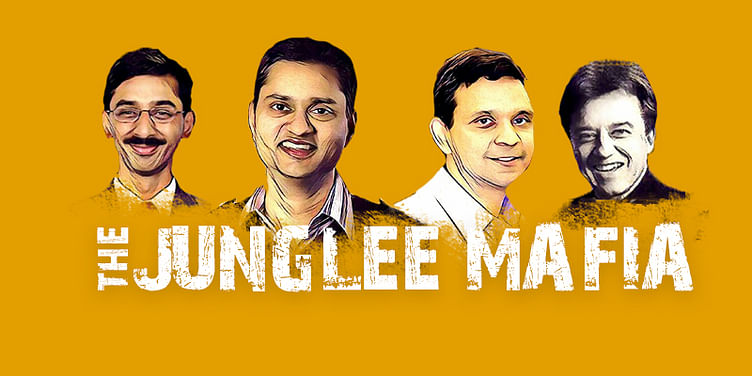 Securing a dot-com domain name is a daunting task when someone else has already bought it. Various businesses have paid millions of dollars to obtain dot-com domains. While most domain deals happen under the radar, a few make headlines, a prominent example of that being Housing (now a well-known failure and recently merged with PropTiger) which, three years ago, spent a million dollars to secure its .com domain.

However, smart leadership doesn’t splurge, and instead relies on skill in negotiation. HyperTrack, which positions itself as a plug-and-play location stack for apps, had to face a similar situation. The company had been looking to buy HyperTrack.com for over a year now, but the seller asked for a much larger amount than the company was willing to pay.

Also read: HyperTrack aims to become the tracking OS of the on-demand economy

Kashyap Deorah, one of the founders of HyperTrack, shared this situation with Ashish Gupta, Co-founder of Helion Ventures, who has invested in HyperTrack in personal capacity. Kashyap says,

“He thought of negotiating anonymously on our behalf, but decided against it because a quick search of his name and mine revealed our long standing association. One of the search results was an excerpt from my book talking about Housing.com, where Ashish was on the board. We laughed at the déjà vu situation - Ashish being onboard while the founder was looking to buy an expensive domain.”

The better half does a better negotiation

Eventually, Ashish's wife Nita negotiated anonymously on HyperTrack’s behalf and got them the domain at half the price that the seller was initially asking for. “Today, we go live on that domain, alongside the announcement of Ashish joining our board,” says Kashyap.

Launched in the last quarter of 2015, HyperTrack raised $1.5 million from a diverse set of angel investors in September last year. Elaborating on the background of the investors, Kashyap says,

“I describe them as the Junglee mafia, Cambrian mafia, Investopad mafia and PE fund managers. All four Junglee founders, along with founders of Cambrian-funded companies that delivered big exits, Investopad founders and their strategic friends, and fund managers of large PE firms who either invested in their individual capacity or wrote a small cheque through their fund.”

When asked about how he had been able to bring such prolific angels to invest in HyperTrack, Kashyap replies,

“These investors have been my mentors and friends for a long time, some for over two decades. I am fortunate to have their support and vote of confidence.”

How Kashyap’s first meeting with Ashish transformed his life forever

Kashyap’s first meeting with Ashish had a profound impact on his life. He says,

“I first met Ashish in mid-2000, after the internet bubble had burst. Our first conversation was a tough one, with Ashish reminding us freshly graduated college kids that we were not in college anymore.”

That conversation transformed Kashyap. “I have learnt so much from him over the last 17 years. It is such an honour that Ashish is now a lead angel in HyperTrack and on our Board of Directors,” he says.

Drivers for taking board seat at HyperTrack

When asked about what motivated him to invest in HyperTrack and join its board, Ashish explains, “Kashyap and Tapan Pandita are big drivers, especially Kashyap - we have been friends for nearly 20 years, and I have a lot of respect for his thoughtful approach to business and team building. Also, I think location will become a building block in many applications in ways that we cannot even imagine.”

Reasons for not taking more independent board seats

“I am on a number of boards with Helion, which is my primary commitment. So, I will take on new boards only if I feel I can do justice to the demands of the board.”

Ashish outlines that he wants to be on boards where there is chemistry with the team, belief in their mission, ability to disagree and yet keep marching on, conviction that they will all have fun through their mutual association, and the comfort that if that stops being so, they can part ways amicably.

While we don’t see the Junglee mafia coming together to co-invest in Indian startups often, they (Ashish, Rakesh Mathur, Venky Harinarayan and Anand Rajaraman) have done so here, in Hypertrack. When asked about how Junglee’s co-founders still share such a great bond even after two decades (they exited from Junglee in 1997), Ashish sums it up,

“Junglee was my first startup, and I did not realise how lucky I was to be in a team that was exceptional. We had our moments of friction, of course, but as time has gone on, I appreciate more and more how lucky I am to have them as co-founders and friends. The most important reason is that we are each married to a person who is smarter than we are - they keep us appreciative of our own good fortune instead of resenting the other guy.”