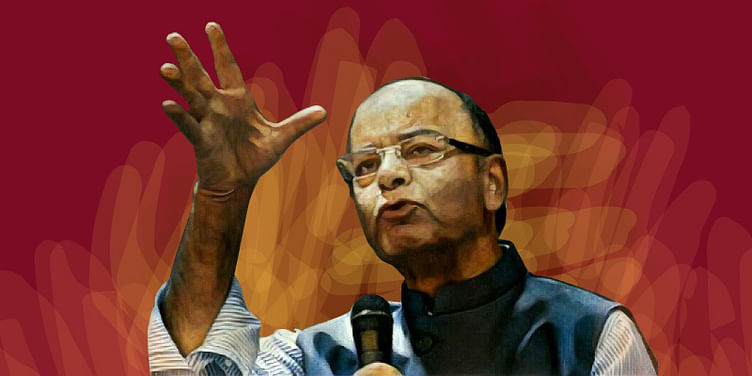 The Finance Minister says the Make in India theme has made states realise that all of them can roll out the red carpet to investors as growth in industry will lead to greater social spending.

Finance Minister Arun Jaitley on Monday said ‘protectionism’ is a word that is no longer associated with India; it is neither heard in India anymore nor do foreign investors talk about the country in such terms.

“We do not hear the word at all, not even in whispers. In fact, protectionism has become a word for developed countries,” he said at the Make in India-Karnataka conference in Bengaluru.

Jaitley brought up the issue of protectionism even as he mentioned that the Union government was fine-tuning policies to get more foreign direct investment into the country and improve ease of doing business here. He noted that while the rest of the world was in the grip of a slowdown, the outlook in India was very positive. Jaitley said,

"People and policy-makers are aware of this. India has become very aspirational. Indians want to get rid of poverty and move ahead. This has led to tremendous pressure on policy-makers and we need to respond to that."

The Finance Minister said the environment for reforms had never been so conducive, especially since the announcement of the Make in India initiative by Prime Minister Narendra Modi.

Every state wants to be a part of it. We will also help the process along. There has been a scramble among states to grab a slice of the excitement. Even at 7 to 7.5 percent GDP growth there is a hunger to achieve more.

Jaitley admitted that while a global slowdown had pushed down demand, posing a severe challenge to the country's economy, Indian aspirations had continued to soar.

While complimenting Karnataka for maintaining the top position in many sectors, he said the state must grow 2–3 percent ahead of the average national growth rate, which will help India reach a better position. Events such as the Make in India-Karnataka conference with its focus on manufacturing will also increase investment, he noted.

The Finance Minister said the time had come for the Centre and states to cooperate with each other, especially with GST round the corner. He lauded the Karnataka government’s efforts to switch over to GST and emphasised that it would become a reality by mid-year. According to him,

Once the GST regime comes, the whole country will become one big market. There will be no multiple assessments and taxation points; ease of doing business will become better; there will be larger tax collections and reduced evasion; the compliance rate will also increase and the role of the shadow economy will diminish. This will all lead to a larger formal economy which is the focus of the central government and the prime minister.