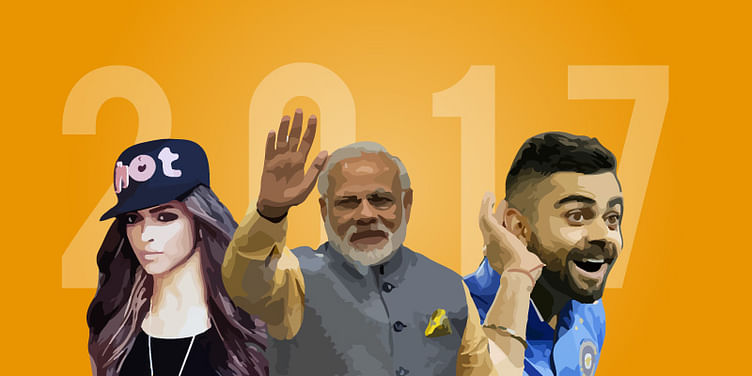 The new year is here and here we go with yet another cycle of buffered energy, feel-good resolutions, and bold decisions. We know how it ends every time. But speaking of endings, I had concluded the year writing about personal or individual brands that stole the limelight in 2016. Some made a mark while some lost the plot. But by the looks of it, the trend of personal brands is going strong well into 2017 as well.

Whom to watch out for?

The demonetisation hit us all in certain measures but the one person who faced the backlash of the note ban was.... no, not Mr Modi, but Urjit Patel. Having just stepped into the role of RBI chieftain, the untimely decision by the PM may have caused catastrophic damage to his professional career. 2017 will be a chance for him to salvage his image and that of the ‘tainted’ RBI.

But he isn’t the only person fighting a popularity war. Akhilesh Yadav and his family saga have been keeping us on tenterhooks, while the nation closely watches every minute development to the forthcoming state elections. The boy is proving his mettle by forging partnerships with other ‘good boys’ from the neighbourhood and promising to cycle his way to victory.

And a little below on the Indian map, another state confuses us with its state of affairs. VK Sasikala took over from where 'Amma' — as Jayalalithaa was referred to — left, but this year is a testing ground for her and the people of Chennai. In a State where Amma was revered like God, it’s not going to be easy for the new AIADMK leader to live up to the legacy and charm, especially since she is behind bars after being convicted in a 19-year-long disproportionate assets case, and when her mere stance is challenged, first by a doppelganger claiming to be the rightful heir, followed by a Chief Minister who walked out only to walk right back in the next day.

The world of sports also throws up some promising names. Watching Virat Kohli as the new captain and MS Dhoni perform in the role of a player will keep us glued to cricket matches, whereas PV Sindhu has, overnight, surpassed last year’s poster girl Saina Nehwal’s glory to become the ‘watch out player’ in badminton. Not only did she bring home the cherished medal, but the recent knockout between the two Olympians witnessed Sindhu smashing her way to the top.

Two of the biggest (and loudest) names in the media industry also took us by surprise. Having worked with leading news channels, Arnab Goswami and Barkha Dutt seem to have grown an ambitious wing after all these years and decided to start their own venture. In the media industry, these two names have practised and exercised the concept of personal branding, intentional or otherwise, like no other.

Entertainment doesn’t fall too behind from media. Deepika Padukone and Priyanka Chopra may have splashed their colours in Hollywood, but what makes them powerful brands are some of the associations and initiatives taken in their personal capacity. Priyanka made it to UNICEF’s international family as the goodwill ambassador while Deepika has declared a war against depression by launching her personal NGO. The clout around them is growing and we can only sit back and watch in awe. However, the two have movies to piggybank on for making global inroads and growing their popularity, unlike Miss Funnybones who has made a comeback of sorts simply using her wit and words. 'Twinkle Khanna, the actor' may have been forgotten, but she is penning a different story for herself, and boy, are we amazed! I’m personally looking forward to what she has in store for us.

Finally, we come to the world of business. While the bubble around most startups is bursting, there is one that is deliberately keeping a low profile but is on the verge of becoming as popular as a Flipkart or Ola. And that is one of India’s best-funded startups in healthcare — Practo. Shashank ND may not be out there, but he claims 2017 will be the year when his company turns profitable and all are eyes are on him.

Byju Raveendran of Byju’s app is revolutionising technology in the education sector too. Like most homegrown tutors, his personal popularity is so huge that the brand is named after him and television commercials don’t feature models or actors but the founder himself.

And, lastly, a rather inconspicuous person-turning-brand is Sridhar Vembu, founder of Zoho. Not only did he have the foresight to build IT products for SMBs a few years ago, he came as a breath of fresh air in the startup community by blatantly refusing funds from venture capitalists and the idea of company valuation, if one intends to stay for a long term. On the contrary, he recently invested in five startup companies offering similar or related products as Zoho, reinstating that he is not really here to invest, but to build a community of great products!

Having started off as a rookie, and graduating to the habit of observing people behaviour and branding science, for a curious one like me individual brands are the ultimate combo. The rules and strategies of marketing don’t differ much between product and personal branding, yet there is much to learn and take away from each other. These are some of the names to look out for in the year 2017, but not for their achievements or falls, rather for academic purposes, where one gets to understand the influence of individual brands. In a hyperconnected digital world today, personal branding can happen organically or with the help of PR machinery almost overnight, but how long one is able to sustain it is what keeps marketers like us intrigued. For now, the above names have promised to put up a performance in the coming year. Let’s see how their narratives unfold.