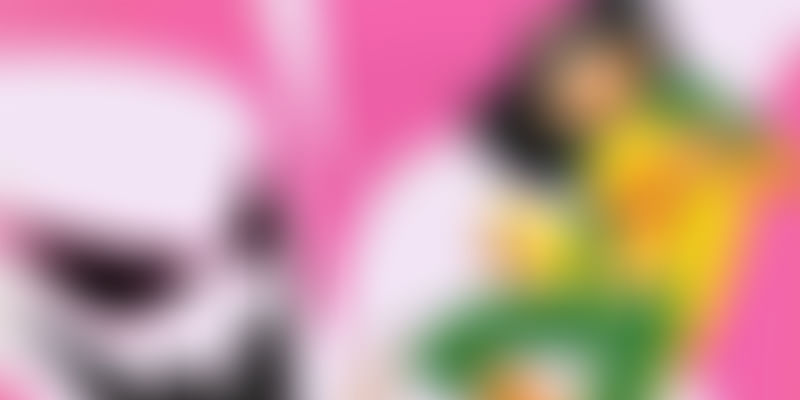 Tired of jibes at your lovely dusky skin? Annoyed at the landlady’s hint that it is high time you marry and ‘settle down’? Worry not! You can get Ms Shabash to your rescue!

A female superhero wearing a spandex suit and fighting the bad guys always sounds fun, but when I stumble upon one who hails from the Indian subcontinent, it stops me in my tracks. Wow! It is just impossible to ignore a Bangladeshi superhero called Ms Shabash, whose superpowers are activated by eating mangoes from a tree that was hit by an asteroid no less.

Launched on International Women’s Day in 2015 by Dhaka’s Mighty Punch Studios, Ms Shabash is a comic conceptualised and written by Samir Asran Rahman and drawn by a team of illustrators -- Fahim Anzoom Rumman, Mosharraf Hussain (Nipu), and Shamim Ahmed.

The geek and the alter-ego

This female superhero has a boring day job at a lifestyle magazine called Wow and in keeping with comic superhero tradition, Ms Shabash’s real-life avatar is as quiet, nondescript and nerdy as Clark Kent and Peter Parker. The frustrated journalist, Shabnam Sharif, whose investigative skills are thwarted and diverted by her boss into Page-3 type reportage is as cool as Superman and Spiderman when she transforms into a caped crusader.

Samir had originally created a male crime-fighting superhero named Shabash but realised the need for a female version who could fight the gender issues plaguing Bangladeshi society. Both Shabash and Ms Shabash live in Dhaka, were raised by the same parents and get their powers from eating mangoes from the same tree but they have never met, because Ms Shabash is in fact Shabash, born as a girl in an alternate universe!

Samir created villains that make sense to the Indian subcontinent. He says,

"I am sure the problems that girls face in Bangladesh are similar to those faced by their counterparts in India. From eve-teasing to not finding familial support for their career ambitions, the struggle is constant for women. So, we chose relatable villains like the CEO of a fairness cream company pushing the sales of her product by preying on the insecurities of a dusky-skinned population."

"Our other villain – the 'auntybots' – are a take-off on the interfering neighbourhood aunties, who want girls to dress ‘modestly’, and avoid ‘indecent activities’ like dating and dancing," he adds.

The CEO of 'Whitewash' fairness cream company named Ms Porcha (Bangla word for fair is 'forsha') falls into a vat of her own fairness cream chemicals and became a ghostly-white monster, forcefully smearing her psychedelic fairness cream on the denizens of Dhaka and transforming them into happy and white-skinned zombies.

The Auntybots are droids in sarees who come swarming whenever there is an “indecency alert”. The female bots scold young women for dancing in public and dressing inappropriately and even pull up Ms Shabash for wearing a body-fitting spandex costume.

After the Gotham-type cities of the comic world, it is refreshing to see a real Asian city like Dhaka in the illustrations. In the attack of the auntybots, Shabnam is dancing to "Hridoyer pran mohonai..." holding diyas at a wedding. An ordinary scene from a Shabash story of a crowded Dhaka street with rickshaws, double-decker buses, lime juice vendors and stray dogs is extremely heart-warming.

At a price of 130 takas or $2 an issue, you know what you have to buy if you are travelling to Dhaka soon.