Thinking about getting an office-space for your startup? Here’s why you should 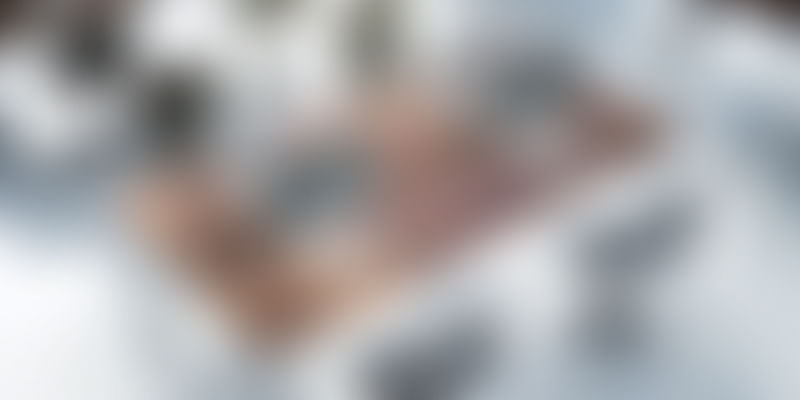 Cost-cutting is a huge priority if you belong to the world of startups. Assuming that your startup has just set up base and is looking to grow exponentially, then you are probably aware of how difficult, yet prudent, it is to maintain an account for every single expense your company incurs.

And when the budget is tight, execution becomes even harder. To that end, startup founders often work their team out of their own houses or from the various free WiFi-offering coffee shops that have been springing up around the corner. It’s easy, convenient, and most importantly, cheaper than having to count paisa to paisa in the midst of renting an office space.

While working from remote areas with a remote team can always work with the right kind of discipline, in the long-run it is neither sustainable nor derisive. After a certain point, when your company begins to scale and you start adding numbers to your once small team, chances are that you will no longer fit into the narrow hallway of your 2-BHK and will thus need a space large enough to accumulate and accommodate everyone. Space issues aside, there are various other considerations that you need to evaluate that all point to the fact that once your startup begins to scale, you need to start looking for an office-space for the same. Here’s why:

The startup culture exudes an air of ‘chill’, which in terms of its rigid corporate counterpart, is graciously adhered to. However, a startup won’t retain its amateur status forever. At some point, the meetings will increase, the client list will grow, sales will shoot higher, and investors will start popping around corners. However, when individuals or organisations begin to set up meetings and associations with your company, they would prefer to walk into an office than having to resort to bi-weekly coffee meets. Surface-accountability or not, the truth is that securing an office-space for your company stabilises and secures its reputation in the market. Having an office to your company’s name suggests to the layman that it has crossed the initial stage of scaling and will also convince them that it is set to cross the standard five-year mark.

The alternate-day Skype sessions and daily Google chat co-ordination may work well for the initial stage of the startup, but they are definitely not sustainable in the long run. More often than not, the leaders of the organisation will find it difficult to keep track of how much of the assigned work has actually been completed. More importantly, they won’t even realise how long and accurately the said person will take to execute the work. For instance, a manager could give a writer a whole day to write an article, but he will not realise how many hours she took to write the said article or if the article could have been written faster by someone else in the content team. To this end, it’s necessary to create an office-space where the whole team can accumulate and work transparently, so that by the end of it, the manager can determine who would work best with what theme. Effective delegation of work goes a long way in increasing the overall productivity of any given company.

A strong team is the keystone of any company’s success. And for a team to work towards its maximum potential, it needs to first work well within itself. Working with a remote team is not exactly difficult, but working alongside a teammate will always be a greater asset to the productivity levels in the workspace over resorting to daily G-chat check-ins. Work division, delegation, and support will all receive a boost when all the members of a team are working in close confines, so that the minute a single doubt or crisis raises its head, it can be solved instantly through collective force, instead of having to face the off-chance of several missed calls, offline messages, and e-mails.

In tune with the importance of team-building is the concept of learning from one another – the kind of exposure that will not only guarantee an individual member’s personal growth but his or her professional one as well. Working with people from different cultures, pledged by differing work ethics, can help you pick up on life-long traits that will help you improve in your field, no matter which company you work for in the future. If you’re working in say, sales, and you begin interacting closely with someone in the design-team or even tech, then that is only going to help you expand your existing skills and as a consequence, your brand value.

While each startup founder will have a different reason for opening up an office-space for their startup, coupled with the timing of the occurrence, it is imperative to note down the points mentioned as a suggestion to why it’s time to bid a goodbye to your favourite coffee-shop and start moving towards your very own office-space!

Do you agree? Let us know in the comments below!