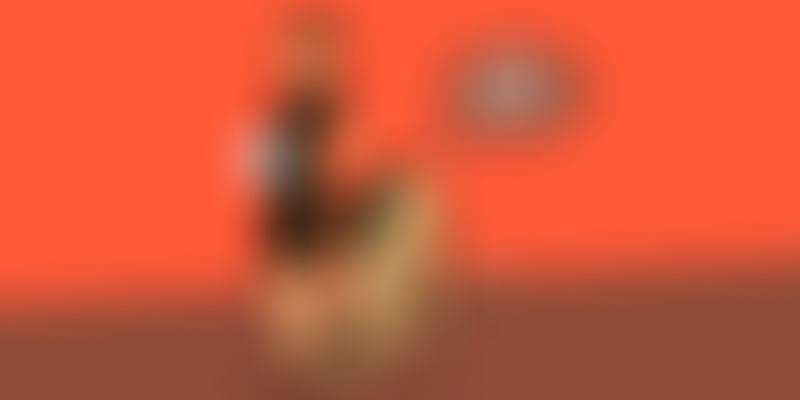 The perfect targets for the four types of online trolls are successful and opinionated women, who wear what they want and stand up for what they believe in

Just like dark, wet areas are breeding grounds for fungus, so is the vast anonymity of the internet the perfect breeding ground for trolls. Stuck on their phones or laptops, these bottom dwellers lurk on social media platforms or hang out in the comments sections of articles and forums, trying to be witty and nasty at the same time. Since they lack a life, they take pleasure in haranguing people online using language they would never dare use in a real-life conversation. They justify their bullying under the cloak of patriotism, freedom of speech, or the desire to protect the country’s culture.

While celebrities are worthier of their attention than regular folks, it’s not as if ordinary men and women are spared. The perfect targets for these online trolls, however, are successful and opinionated women, who wear what they want and stand up for what they believe in.

Yes, there are quite a few harmless trolls who make us smile with their witty remarks and observations. However, the anonymity of the internet often causes responses to escalate, and gentle mockery quickly transforms into barbs and cruel remarks. While men face online harassment too, women report higher rates of more extreme abuses, sexual innuendos, rape threats, explicit remarks about their bodies, and body shaming.

Women’s rights campaigner Caroline Criado-Perez had received around 50 rape and murder threats every hour for two days after which a man was arrested in connection to the barrage of hostile tweets.

Lizzie Velasquez, who suffers from a rare genetic disease which prevents fat from growing underneath her skin, spoke of her experience after being featured in a derogatory online meme. She wrote on Facebook:

No matter what we look like or what size we are, at the end of the day we are all human. I ask that you keep that in mind the next time you see a viral meme of a random stranger. At the time, you might find it hilarious but the human in the photo is probably feeling the exact opposite.

In India, women have to deal with different kinds of trolls, who get their thrill and ‘time pass’ from mocking, bullying, and ‘showing women their place’.

A ‘fan’ wrote to singer Monali Thakur recently asking her not to wear short outfits on music reality show Rising Star, which she judges. The 'Moh Moh Ke Dhaage' singer gave him a piece of her mind but later deleted the post to avoid giving unwanted attention to the troll. This kind of troll is a preserver of Indian sabhyata and always on the prowl to moral police unsuspecting women.

Gurmehar Kaur recently posted on social media platforms a photo of herself with a placard bearing the message: "I am a student from Delhi University. I am not afraid of ABVP. I am not alone. Every student of India is with me. #StudentsAgainstABVP." A battalion of right-wing trolls pounced on her with vicious personal attacks, alleging a lack of patriotism. The Delhi Commission for Women has extended security to Gurmehar after she received rape threats for having spoken out against ABVP in the aftermath of violence in Ramjas College.

However, when even celebrities like cricketer Virender Sehwag and actor Randeep Hooda mocked her and called her a prop respectively, it amplified the threats and abuses directed at this Kargil war martyr’s daughter.

Right here my friend. You exercised yours. I did mine !! And that's how it should be. Argue minus mocking, threats, smear & abuse. https://t.co/1nizQLGfCu

When women have strong socio-political opinions, it hurts the ego of the sexist troll, who wants to guide her back to where she belongs — the kitchen.

Anushka Sharma was a victim of intense trolling because whenever her boyfriend, ace cricketer Virat Kohli, hit a rough patch, she was ‘obviously’ to blame for it. Things moved to such a level that Virat was forced to post a lengthy message titled 'SHAME' making it clear that Anushka had always given him positivity and had no control over what he did on the field.

Even something as light-hearted as a parody matrimonial advertisement for Salman Khan in Twinkle Khanna’s Mrs Funny Bones column attracted hostility from the macho superstar’s offended fans.

Alliance wanted for one of India’s oldest but most eligible bachelors: dashing, non-vegetarian, successful, and muscular Khandani boy. Excellent in dance, drama, and art. Girl must be pretty, slim, and enjoy long drives off the beaten path. Bride must not be very talkative, as groom cannot tolerate any buck buck. Caste no bar. Contact Sultan@Bhaijaan.com.

The accusatory troll has no sense of humour and very low tolerance levels. These people serve as both jury and executioner for anyone who has earned their ire.

Without cowing down she posted another photo with the message, “Oops! Here’s one more from the photoshoot!! Ready to slut-shame a girl again? Go aheadddddd.. I’ll post five more…Coz that’s exactly why I got this shoot done!! And that’s exactly how I’ll post pictures from the same! I appreciate everyone who took out time from their absolutely worthless lives to write filthy long comments on my previous video! I got u job again!”

While it seems to be a measure of success to get trolled online, and it often makes sense to laugh it off or just ignore and not engage with the attention-hungry trolls, sometimes it might be essential to take action. Be it Twitter or Facebook, use of aggressive language and threats is enough to report and block an account. Women and Child Development Minister Maneka Gandhi had urged women being harassed on Twitter to post complaints using the hashtag #IamTrolledHelp. The minister had also spoken of her plans to work with teams from Facebook and Twitter to help tackle the menace of online trolling more effectively.

Women can also approach the cyber-crime cell since under Section 66A of the Information Technology Act sending offensive messages through communication services is punishable.

Here’s hoping that women get to enjoy troll-free surfing soon!