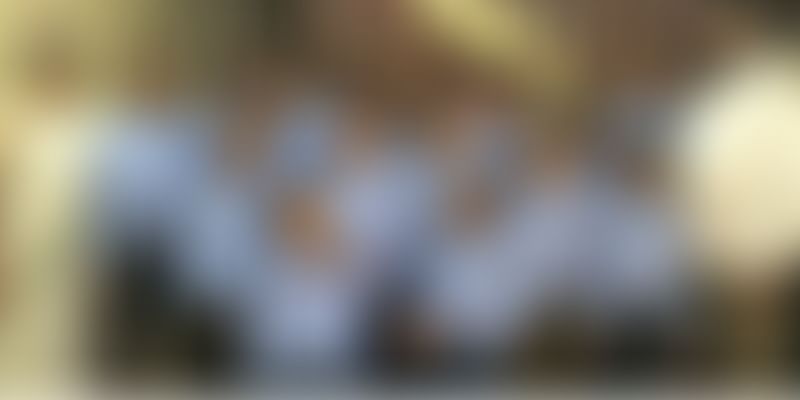 A dad is a kid's first hero. Is that not something that we can all agree upon? Here is a story of an ordinary man, Rajib Thomas, who did extraordinary things and definitely proved to be his kids' hero. Thomas is a father to over 24 children, 22 of whom have been adopted and suffer from HIV. Papa Reji, as he is fondly referred to by his kids, looks after these 22 children like his own. These kids, who were formerly homeless, abandoned by their parents as they were HIV-positive, were taken in by Reji over a decade ago.

Describing to Humans of Bombay how it all began, Reji says,

I was passing DY Patil Hospital one day when I saw a girl sleeping outside -- weak to the point that you could see her bones. I found out that she was HIV-positive and had lost both her parents. I asked what she would like to eat and she said noodles, but I couldn't find them anywhere so I promised her I would return the next day. She passed away that night, and that incident kept haunting me, so I went inside the hospital and asked them to contact me if there were any such children in the future.

This incident changed him, and he became invested in finding and helping any other kid suffering in such circumstances. Reji then met HIV/AIDS specialist Divya Mithale, requesting her to help him adopt these children. She was able to help him take in two abandoned babies. He was living in Navi Mumbai with his wife and two biological children at the time, and it was initially very difficult for him to make space for the new family members. However, it was back then in 2009 that The Bless Foundation was born. While talking to Humans of Bombay, he opened up about the initial struggle and the journey that followed,

In 2009, I took a space on rent in Navi Mumbai for my wife, my two children and the two HIV-positive children. At first, it was difficult to make ends meet -- we could afford one mattress on which my four children slept, and my wife and I would make do without. Eventually, people started donating -- beds, grains and money. My family of four slowly expanded to 24 as more and more children with HIV were sent to me.

Reji and his wife never differentiate between their kids, and treat each one of them equally. His wife, Mini, has been a very strong support and completely stands by her husband in the decisions he has made. While talking to Metro, she reiterated that they never let any of the kids feel left out, and scold them and love them equally. Gaining awareness about the disease quite early on, Reji never got scared because of the stigma attached to HIV, like contact with the diseased person. He also made sure to pass that education on to his children and make them fully aware of this disease.

Reji is a proud father of 24 children, and is very satisfied knowing that his family is happy and his home is overflowing with love. Reji himself is very humble, and does not believe he is doing anything extraordinary or special. He tells Humans of Bombay,

I can proudly say that my family of 24 is overflowing with love! Being HIV-positive doesn't mean that they have to cut their life short...they can live as long as any normal person, and that's what I'm here for...to save them and give them a long life. And with love and care, everything is possible. These children all call me 'Papa Reji', and it's the duty of a father to protect, so I'm not someone special - I'm just a father looking after my children.

Thomas is an incredible man and a loving father, with a journey that will truly inspire others who want to make a difference in this world.