Out to prove that anyone can cook, Awesome Chef aims to redefine how Chennai eats 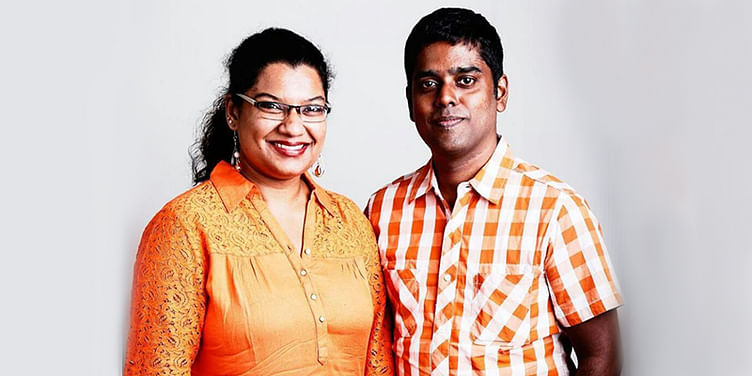 According to Anjali Anand, founder of Awesome Chef, cooking is a life and survival skill, something that simply shouldn't be ignored.

Anjali’s path to the world of food was slightly unorthodox, starting with the corporate world. She became motivated to explore new things because she felt that corporate life was becoming a bit too routine. She realised that a lot of time would get lost in travelling to and fro. Being someone who loved food, she was naturally drawn to this segment with an urge to explore. The MasterChef TV shows were a huge pull towards getting back to cooking and dishing out recipes. Starting Awesome Chef gave her this opportunity to experiment in the kitchen.

Something they don’t teach in school

Talking about her co-founder, she shared that Praveen Kumar has been an entrepreneur for a few years now, successfully running a digital marketing consultancy prior to Awesome Chef. His work style and the freedom to run things his way influenced her decision to start this venture with him.

Anjali says, " We realised that in today's generation, a lot of people do not find the time to cook, especially youngsters. Also, this skill is not taught or given any importance in the education system. Children, therefore, do not realise its value until many years later."

Studies have shown that children who are exposed to culinary skills show a lot more interest in food and have a tendency to eat healthy compared to the ones who are not acquainted with the kitchen. Awesome Chef wants to fill in this gap and make cooking, along with eating healthy an enjoyable experience.

So, how does Awesome Chef help you cook food by yourself?

They provide ready-to-cook, do-it-yourself meal kits. These kits contain pre-measured and fresh ingredients in the exact proportion required to cook an awesome dish at home, thereby making cooking extremely convenient for those who seldom have the time to prepare their own meals.

Anjali says, "People feel that cooking is a hassle as they have to search for ingredients. Even for a single spoon, they end up buying the minimum quantity. We make cooking fun, convenient, easy, and most of all, show that anyone can cook!"

Currently operating solely in Chennai, the company’s target market is the three lakh members of the city’s total population who regularly eat outside. This figure is based on a recent report that was published in 2016. At the same time, their target market also includes homemakers and others as well.

Praveen says, "Typically, people spend a lot of time and money on searching for ingredients, while at the same time rarely using them properly. This results in a lot of wastage of food, time and money. We are eliminating all this by sourcing and delivering all the ingredients in the right quantity. We also create recipes that are restaurant style, for which we charge an additional fee for the convenience that we bring to our customers."

Awesome Chef is currently bootstrapped. They wanted to kick-start their business at the earliest and validate it in the market and thus felt that the best and fastest solution was to initially invest on their own. They are, however, open to funding opportunities now.