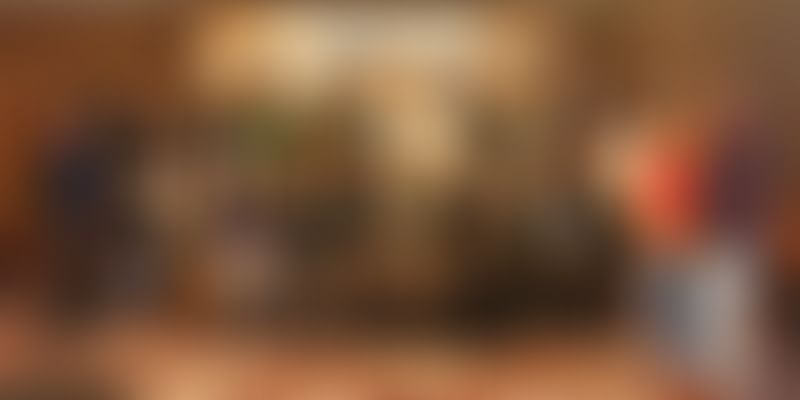 Looking at the burdensome number of regulations and laws that startups have to follow, Bengaluru-based Simpliance provides an easy-to-install plug-and-play solution that simplifies labour compliance management.

Regulations, while they may seem trivial in the face of grand business plans, pose one of the greatest obstacles to startups. Understanding and complying with them is no easy task. Whether you are a large corporation or a startup, it is important to analyse those regulations and ensure that you are following the protocols.

In her article in YourStory, Nikita Bhatia, Co-founder of VenturEasy, said, “It’s imperative to keep a close eye on the laws in the city or state you operate in, failing which you are likely to overlook compliance responsibilities and face damaging penalties and lawsuits that could severely impede the progress of your business entity.”

It was looking at this that Simpliance was launched in 2015 as an easy-to-install plug-and-play solution that simplifies labour compliance management, provides on-the-go support, and delivers an affordable platform for the common man on everything related to compliance.

Three colleagues from the IT industry, Anil D’Souza, Hansa Sharma and Subramanya Raju (aka Subbu), felt that this was a gap in the ecosystem that needed to be addressed. The trio was later joined by their fourth founder, Madhu Damodharan. Each of them comes with over a decade of experience in their respective fields, which gives the team a depth of knowledge in the fields of HR, IT, Operations and Management.

Anil says that Simpliance is the first step towards enabling good governance -- it brings laws closer to businesses, shops and professional establishments, and to every common person as well. At the 2015 NHRD Showcase in Bengaluru, Simpliance was adjudged one of the best startup product companies. Says Anil,

“All of us believed in the four core values of the company - walking the talk, staying driven to enable, maintaining a passion for innovation and transformation, and believing in people and teamwork. We knew we could truly transform and revolutionise this industry with the passion and commitment we had.”

When the team decided to start up, they tried out many ideas; however, most of them didn’t take off and were not scalable, with customers having a difficult time making sense of things.

That’s when they realised that they had to build something that people wanted and would be easy to sell. Having experienced the complexities of statutory compliances first-hand, as well as the lack of automation in the stream, they finally decided to build something simple and effective that would solve this problem.

Working around the problem

“We knew we were good at operations and governance, and we, therefore wanted to productise the same,” says Anil. Some of the initial challenges the team faced related to understanding the complexity of labour laws and obtaining the right data for each state, Act and rule.

Reaching out to customers and selling the concept of the Simpliance way of working, which is based on a predictive mechanism of working, was another issue. Speaking on how they got past these challenges, Anil explains,

“We overcame these problems by establishing a strong operations framework and going beyond all challenges to utilise all available resources and get the right data. We scaled by partnering with small companies, compliance consultants and chartered accountants.”

The team claims to be managing more than 1,200 offices, and they are targeting over one lakh offices by the end of 2018.

Anil believes that the one thing that sets Simpliance apart is their patent-pending engine, which auto-configures the law without the need for human intervention. He adds that it is affordable for any organisation that seeks to comply with the overcomplicated Indian regulatory system.

Simpliance also has a free e-library that has close to 40,000 pages of curated labour laws neatly catalogued and available for anyone who wants to learn and comply with the laws of the land. The patent-pending engine has an algorithm in the backend, which requires a user to provide simple information such as where they are located, headcount and industry. Based on these parameters, the tool automatically configures the applicable compliances for them.

“Simpliance lets them manage the entire ecosystem of labour law compliance by automatically configuring applicable compliances as per state and industry. It enables the monitoring and auditing of vendors through a single console,” adds Anil.

The need for tools

The audit feature of the tool enables speedy and accurate audits using the same engine. Companies can create and monitor audits, track scores, and conduct root cause analysis to ensure the closure of non-compliances seamlessly. The Evidence management, audit log and history features enable intuitive compliance, faster completion and easy retrieval of previous compliances and evidence.

“We sell to large and small organisations, partners who provide compliance services and several small CAs across India. Large law firms also use Simpliance to advise their clients on legal issues or queries,” adds Anil.

Today, there are several startups like VenturEasy, Compliance India and Harvest India looking to simplify the world of regulations for Indian companies, a mission that acquires great urgency when you look at how prehistoric many Indian regulations are, especially if you keep in mind the pace at which startups are growing.

Initially bootstrapped, Simpliance was recently funded by Quess Corp, for a 45 percent stake. The team plans to widen its scope to cover other regulatory compliances and standards in the coming years, including the Companies Act, income tax, fire safety, food compliances and internal company compliance management.

They are also looking to move into other geographies, including the APAC region, to build similar platforms for the laws of those countries. “We also want to build academies to train students and HR/legal professionals to learn the basics of laws. We intend to certify them through a simulation-based mechanism, powered by the Simpliance engine,” says Anil.