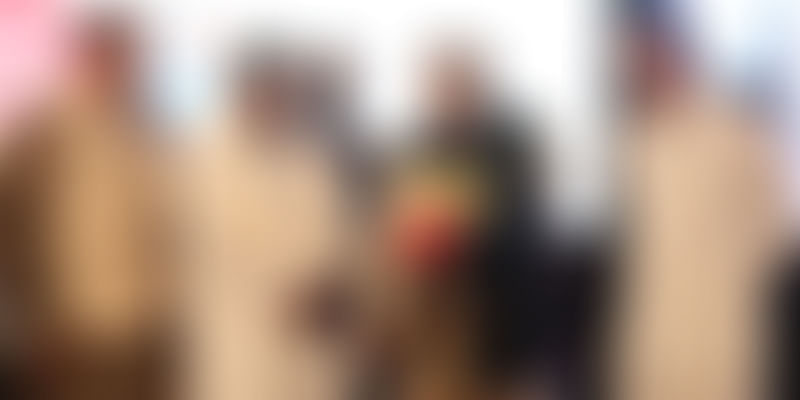 Karnataka Industries Minister R.V. Deshpande said the state was the first to hold a Global Investors’ Meet (GIM) many years ago and that paved the way for other states to follow suit.

Speaking at the inauguration of Make in India – Karnataka conference in Bengaluru on Monday, Deshpande said,

"In the first GIM, we got an investment of Rs 27,000 crore and last year the figure grew to Rs 1.77 lakh crore. I am glad to state that most of this has been converted into investment."

With the theme of the conference being manufacturing, the minister extolled the state's rich industrial heritage by pointing out that, as the state’s architect, Bharat Ratna M. Visvesvaraya, and the rulers of Mysuru had started manufacturing paper, soaps and lamps and generating hydro-electricity in the last 100 years.

Bosch was the first to set up a unit in Bengaluru in 1953 while the defence public sector unit Hindustan Aeronautics Limited was established 75 years ago.

As of today, manufacturing in Karnataka has grown to the extent that 60 percent of the country's machine tool industry output is from the state. “We have helped the industry grow so much that from pharma to aerospace park, every sector is in Karnataka.”

Stressing that Karnataka had a large land bank, thanks to the state's policy of fair compensation to landowners, Deshpande said his department had enough land across the state and in Bengaluru for setting up any type of industry. The state is also encouraging women entrepreneurs.

“If anyone has a proposal, I will give clearance across the table,” the minister said, dramatically emphasising that the state’s government machinery worked 24x7 to address the concerns of every sector and also the welfare of its people.

As the nature of manufacturing jobs are changing, the minister informed that Karnataka had recently started a skills department along the lines of the National Skill Development Corporation to impart skills to its citizens.

While admitting to problems such as traffic congestion and the consequent pollution in the state, the minister said,

“The DIPP shows that Karnataka is the leader in many areas. Our endeavour is to provide infrastructure, ensure labour reform and take several actions to follow them up.”

He assured that the government was taking proactive steps and listed out the progress made in public transportation, especially the Metro rail that will connect most parts of the city by 2020 and even the airport in a few years. He said,

"A separate Invest Karnataka company has been started in which there are only two bureaucrats and five industry captains because we want the industry people to take the lead in telling us what to do. We are only enablers."

“Those who invested in Karnataka earned rich dividends. I appeal to the industry from across the globe to invest in Karnataka, which has a rich pool of human resources, and reap the benefits,” he added.

Union Urban Development Minister M. Venkaiah Naidu regaled the audience with his speech and said he was all for MODI – Making of Developed India. He said as Prime Minister Narendra Modi had called for Make in India, lot of states had shown interest. “This is the time for states and the Central government to come together irrespective of their political colour,” he said.

He promised that his ministry would provide full support to the Metro rail project, which he said would eventually reduce congestion in the city.

Chief Minister Siddaramaiah said the Karnataka government, which wanted to celebrate the success of industry, welcomed all investors even as it focused on developing skills. He agreed that Karnataka plays a big role in Make in India as a large number of industries across sectors were situated in the state.

This conference will help the transition of the state’s MSME and SME sectors in accordance with a rapidly changing world, he added.