The untold story of 16-year-old Mahima Rathod, another Phogat in the making 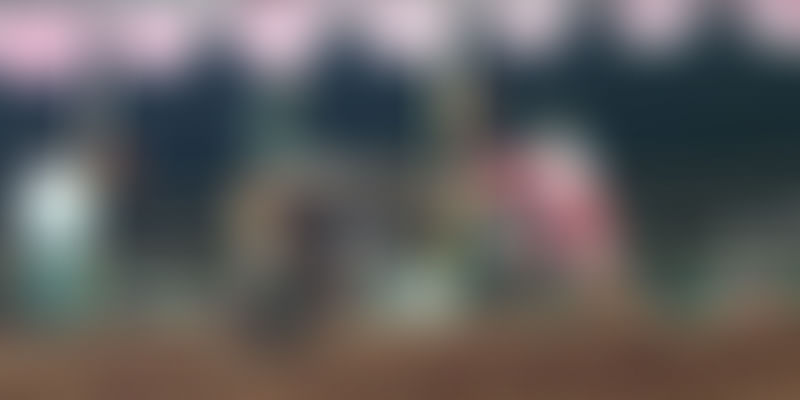 Nitesh Tiwari’s Dangal, starring Aamir Khan, may be scoring big on numbers, but the actual story of the two girls from a village in Haryana who put India on the world map is far beyond anything that can be put on reel or even written about.

Geeta Phogat, 28, the first to win a Gold in wrestling at the Commonwealth Games and also the first female wrestler to qualify for the Olympics, has become a status symbol for women everywhere. Before the Phogat sisters entered the world of wrestling, courtesy of their father Mahavir Singh Phogat, India was grossly oblivious to the many struggles faced by female athletes in the country.

As 21-year-old Vinesh Phogat, the niece of Mahavir Singh Phogat, put it, “It's so difficult being a woman, forget about being a female wrestler,” as stated in CNN. Speaking about challenging the taboos implemented by a grossly conservative society, she added, “Where we're from, women are practically second-class citizens. Even if we wore a t-shirt and sweatpants people would say to our parents: how can you let them wear that? Then we fought to stay out after 5 p.m. so we could train. Neighbours would say 'what kind of girl stays out after sunset'."

As seen in the film, the girls hailed from a small village in Haryana, where the barbaric practices of feticide and ‘honour killings’ are still a norm. While the average family is determined to spend its limited savings on the education and well-being of a son, the daughter’s only goal is to train in household chores until she is married off to an acceptable suitor. After watching Dangal, many protested at the apparent ‘dramatisation’ of the situation in Indian village societies, but even they reluctantly agreed that there was an element of truth to the story.

While scores of the same conservative Indians have now been professing their ‘confidence’ in the Phogat sisters after the film, another young girl was being taunted for wrestling boys in the outskirts of Maharashtra.

16-year-old Mahima Rathod felt like her own story was being depicted through Dangal. Born into a family of wrestlers, Mahima began training at the sport under the tutelage of her father, Raju Rathod.

Raju, whose grandfather, father, and eight uncles were all associated with the sport, had also managed to qualify for the state-level championship. However, a lack of funds and facilities forced him to drop out of the game and resort to farm labour in order to provide for his family. However, like Mahavir, he was determined to pass on his dream to his first-born son and live vicariously through his successes. And like Mahavir again, he was blessed instead with a daughter.

Raju told The Better India that his epiphany regarding his daughter’s future as a wrestler took place through a casual conversation with his brother, Santosh. Both had been cursing their luck at not having been gifted sons when they realised at the same instance that their dream could indeed be carried out by their daughters instead.

“Once my brother and I were discussing how God has been so cruel to us by giving us daughters. But then during the discussion itself we came to the conclusion that, what is the difference? I did not know about the Phogat sisters then. No girl around us was into wrestling but we decided to teach our girls,” he said.

While Santosh’s daughter decided to take a career in medicine, Raju’s Mahima was more than happy to rise to the challenge.

Much like the case of the Phogat sisters, Mahima was the only girl in the entire village who dived headlong into the ‘manly’ sport and faced her share of censure for it. Raju, too, had to face the ugly taunts of the entire neighbourhood, which collectively marked the Rathod family a laughingstock.

Undaunted, father and daughter carried on their training and soon enough, Mahima was enrolled in competitions beyond the village. However, procuring worthy opponents became a bit of a task for Raju.

“No one was ready to practise with her, hence we used to get some boys, give them Rs 5 or Rs 10 or sometimes just gave them some goodies and asked them to play with Mahima,” he said.

Eventually Mahima’s reputation in the pit began to grow favourably, and she finally got the opportunity to play against another female wrestler when she was selected for the Taluka-level match.

After successfully winning a series of state and district level matches, Mahima is now set to represent Maharashtra in the national wrestling championship at Patna. At the same time, the 16-year-old also is preparing to write her 10th standard board exams a few months down the line, resulting in an arduous daily routine of balancing training and studying.

Raju’s limited salary as a soybean and cotton farmer has all but been spent on Mahima’s training and related expenses. His undeterred faith is what Mahima credits to her gradual climb up the ladder, much like Geeta who dedicated her gold medal entirely to her father, Mahavir.

Although the many victories of the Phogat sisters across seas and within the homeland have refurbished the average Indian’s ‘support’ of female wrestling in the country, the struggle to receive government recognition still continues. Although Mahima received a Rs 15,000 scholarship from the Centre, she still lacks the necessary funds that a silver-medal winner is privy to. Similarly, it took Geeta Phogat a six-year long wait to be appointed as DSP despite winning India the gold, while several of her male counterparts were granted the position on an immediate basis.

“A player puts all her efforts in winning medals and a decision like this means financial security for us. I wish such things do not happen to other gold medal winners in future CWG or Asian Games,” she told The Indian Express.