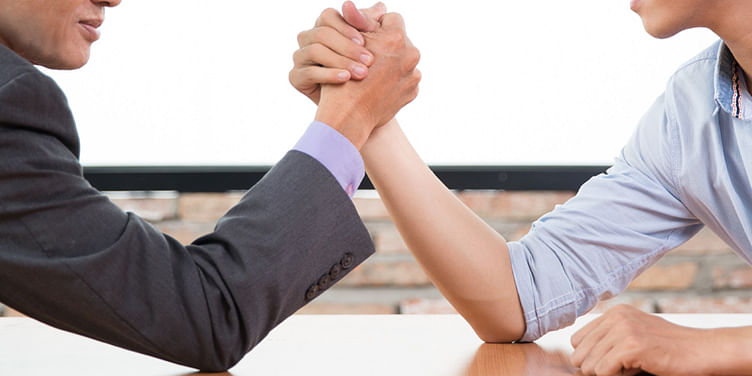 When your employees spend nine hours a day, five days a week with one another, there are bound to be conflicts. As a leader you must know the importance of facing these conflicts head-on and resolving them. Separating the problem person from the group is not the best solution. You need to reach the bottom of the issue and solve it in a manner that the same conflict doesn't arise again. While it is important to focus on productivity and completing the day's tasks, it is also equally necessary to maintain harmony at the workplace so all your team members can peacefully co-exist. Here's a quick guide on how to successfully manage conflicts.

Know when to intervene

Small conflicts are a part and parcel of work life, but bigger conflicts can create a strain on your employee's relations with one another. It is important to know when you need to intervene and create peace between two warring individuals. While at it, maintain a neutral stance and don't take sides. Your employees have to work with one another on a daily basis and it is therefore important that there is no resentment festering between them as that will eventually reflect in their work.

Let your employees know you value them

A great leader knows his or her boundaries and never oversteps them. If your interference will only make a conflict worse, trust your employees to solve the issue by themselves. We can't stress enough on how important it is to not take sides in an on-going conflict. Also, avoid losing your cool because nobody respects leaders who can't maintain their calm during a heated conversation.

Today, workplaces are more generationally and culturally diverse than ever before. Respect the different personalities and characteristics of your workforce. During a conflict, consider the opposite person's opinion instead of imposing your hierarchy and influence on them. Conflicts are rarely black and white. A great leader finds a middle ground and resolves the issue in a manner that no one is hurt.

A lot of leaders feel that their value to an organisation is a lot greater than that of a regular employee. This is where they go wrong. Their ego doesn't allow them to listen to an opinion that contradicts their own. Sometimes even a new employee can provide a fresh perspective on an issue and a leader must be humble enough to not only make use of that new viewpoint but also reward the employee for their valuable input.

If you don't manage the conflicts within your team wisely, it will lead to resentment among your team members and this will spell doom for the organization in the long run. Resolve issues amicably within your team and set an example for other leaders within the company.