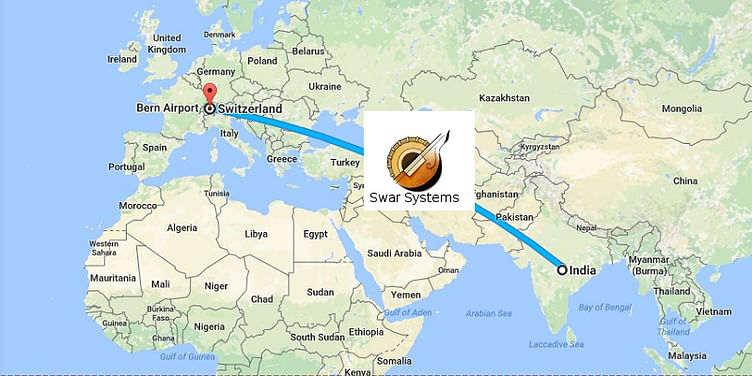 Mariano Etchepareborda is an interesting man. Back in the 1990s, this young Swiss software developer had just started to learn tabla. “I wanted to create a tool to store tabla rhythms as array structures in folders and be able to play them at different tempos for practice,” Mariano tells us over email after request for an interview. Little did he know then that he had embarked on a ride that would take so much of his time and energy over the next two decades. “Even though there have been some difficult times, it has always been very exciting,” he tells us.His company, Swar Systems, was officially registered in 1999, but Mariano had started working on the first software, TaalWizard, a tabla software ancestor of SwarShala in 1996. This little software led to a host of products that Swar Systems has developed over the years. SwarShala is a full music software to learn, practice and compose in the Indian classical music tradition. Built by a small team of five, SwarShala has been built from experience. Built in multiple versions with tutorials, standard and also for pros, SwarShala is priced from Rs 499 to Rs 8750, and it has something for every level of expertise. The company has grown organically without any marketing and has found music lovers who get utility in their product.

What helped Swar Systems is the development in audio technology to stay with the times. “Our aim quickly became to have the software produce results that sounded as realistic as possible. The way the technology progressed since the 90s in the audio field opened up a completely new horizon for that. The limit was no longer the technology but rather the time and efforts we could invest into it,” says Mariano.

Their other products include SwarPlug - a plugin synthesizer that features more than 76 sampled Indian instruments, SwarGroove - another plugin that includes over 200 rhythmical styles from all over India, Swar Studio - a complete Digital Audio Workstation (DAW) to compose music, which also includes various Indian instruments, and SwarTrax - Indian instruments formatted for various different keyboard models.

Over time, Swar Systems has also ventured into mobile apps- iShala (a light version of SwarShala for riyaaz) and Tanpura Droid (virtual Tanpura). To give an idea of the traction, Tanpura Droid has been installed close to 7,50,000 times. “Play Store statistics show about 80 percent of users are based in India. For our other products, main markets are India and the US, with Europe following,” says Mariano.

The company has received love from the users but has also been hit by piracy. “I'd rather not dwell on financial aspects, since the revenues are still quite limited. It's somehow a niche market, and we are also heavily penalised by piracy, but we have good hopes that the improvements in all our products will properly increase these revenues in the coming years,” believes Mariano.

Despite the various problems in the music industry, comprising artistes, software developers, music streaming services, file-sharing services and more, Swar Systems is a good example of how if one has a product that is needed, customers will show up. For Mariano, it has been a journey of wonder. He does play a little tabla but programming won over playing music. “I do play some tabla, even though programming took me away from practising it for quite some time. Now I enjoy the occasional practice, and some light classical or bhajan accompaniment. Regarding Indian classical music, I am deeply in love with it. It's a sublime art form. I'm glad that despite the tragic demise of some of the greatest masters of each field, some very talented youngsters are coming up and paying proper hommage to it. It's reassuring to see this revival,” he adds.

As for Swar Systems, now that their range of products is large and stable with minimal support needed, the company has a base for improving and providing more features to users. Apart from software enhancements, Swar Systems plans to resample most instruments in their collection one by one to provide state-of-the art sound for composers and music lovers. “We are quite hopeful that even though Swar Systems has now about 20 years of existence, its brightest years are ahead,” concludes Mariano.

Website: Swarsystems.com or write to us at [email protected] to get in touch with them.