Driven towards sustainability, this team of VIT students built a car that runs 200km per litre 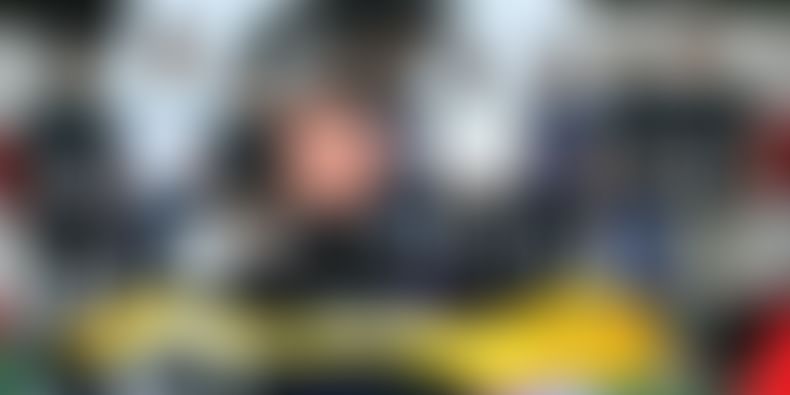 Team Eco Titans, consisting of young engineering students from the Vellore Institute of Technology, is ready to represent India at Shell Eco Marathon in Singapore.

Fuel crises is not a futuristic concept, rather; it is a reality that will hit the world within a span of four decades. Hence, with an aim to work towards a tangible solution that can help mitigate this impending oil crises, if not solve it completely, a team of young engineering students, Eco Titans, has been successful in building a fuel efficient car prototype called Hypermile.

Led by 20-year-old Anirudh S., the team of eight from Vellore Institute of Technology, Tamil Nadu, believes that sustainable energy is no longer a choice; there is a dire need for vehicles to be engineered and manufactured with a green thumb.

Oil crises is a reality

Research studies indicate that the oil crunch is set to hit the global market within 40 years and countries world over have already started to witness stray incidents due to the fast depletion of this resource.

Anirudh believes that the frequent price changes in petrol and diesel is an indication of the impending doom awaiting the transport sector. “Building this car and doing research in this field is not just about the Shell Eco Marathon but its more about sustainable development. We know that if we do something big in this field right now, we will be able to see it on the road someday,” he adds.

The team has already gained popularity not just in India, but also in neighbouring countries. With an aim to inspire people and motivate others to work towards the cause of sustainable development, Anirudh and his team conduct active outreach programmes in schools and colleges. In January, they had an interactive session with students at Kathmandu University in Nepal as well.

Building towards a fuel-efficient future

Elaborating on the various features of the single-seater car, Anirudh states that the model is light and aerodynamically designed with a very small engine that makes it fuel-efficient. The outer body is made of carbon fibre that is extremely light and rigid. Further, instead of using the carburettor engine, which is more commonly found in commercial vehicles, the prototype has an Electronic Fuel Injection (EFI) engine that renders maximum efficiency. The Hypermile provides an estimated mileage of 150-200 kilometre per litre with a speed of 60km/hr.

While the model is not built for commercial purpose, Anirudh says that the idea and technology can be foundation for mass production in future. Individual aspects of the car can be implemented in commercial vehicles. A shift towards aerodynamic models with EFI engine and carbon fibre outer bodies will increase the fuel efficiency.

Since Anirudh and his team are still studying engineering, most of the work happens at night. From running to the Automobile Research Centre, located on the university campus, between class hours, to working till 4 am in the morning, the team Eco Titan was fastidious in working towards its goal.

Battling academic pressure and university schedule, the team worked throughout the week with the sole aim of finding an alternative energy resource. “Our biggest inspiration is the cause. Every day we read about fuel price hike; about news, statistics and research related to the importance of other energy resources because oil is going to run out. Being engineers it was necessary for us to foresee the future energy crisis and work towards a solution,” Anirudh explains.

Manufacturing most of components of the car in-house, the young student team is supported by their university : VIT has provided Eco Titans with the working space and equipment, and professors chip in with guidance. The have already many accolades in the past, including the coveted post of the top three teams for innovation, creativity and practical feasibility, and the early bird design award in the Shell Eco Marathon, 2010.

While the team has received partial sponsorships from their university and various private MNCs during the manufacturing phase, currently they are struggling to find adequate liquid funds to ship their prototype to Singapore for the competition. They are hopeful of raising funds through crowdsourcing, and, in turn help in building a sustainable eco-friendly future with a provision for alternative energy resources.