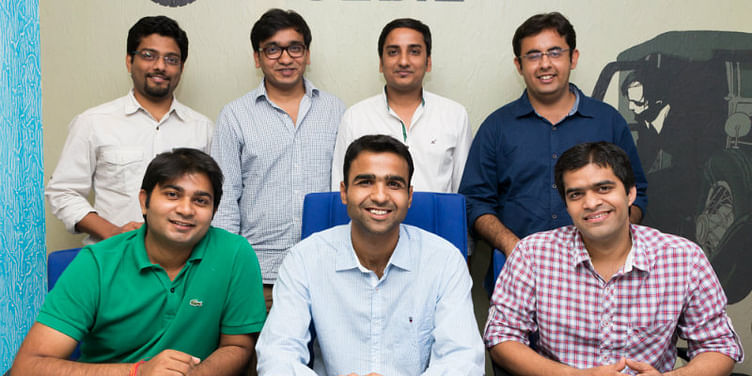 Mumbai-based Truebil, a marketplace for pre-owned cars, has raised $3 million in follow-on Series-A round from Shunwei Capital, a Chinese venture capital fund. In January last year, the company had raised $5.5 million in its first Series A round led by Kalaari Capital, Inventus Capital, Kae Capital, and Tekton Ventures.

Truebil offers features like valuation, quick sell guarantee, vehicle buying consulting, smooth paper transfer, loan assistance and insurance, among others. It plans to use the money to expand operations, invest in skill development, and bolster the technological infrastructure of the company. Suraj Kalwani, Co-founder and CEO of Truebil, says,

“We are looking to do everything possible to provide our users better services and enable them in making informed decisions related to car ownership. We will be using the proceeds of this recently closed round of funding primarily towards skill development and augmenting the technological infrastructure of the company.”

According to him, the platform has been leveraging the capital to expand its reach and services. It recently rolled out its operations in Bengaluru and also launched Truebil Direct, an offline platform for pre-owned cars based on the full-stack inventory model. The company also launched its B2C dealer digitisation platform Truebil Privilege Partner.

Starting out in March 2015, Truebil raised seed funding of $500,000 from Kae Capital and angel investor Anupam Mittal, Founder and CEO of People Group. It used that money for building technology, enhancing end-user experience, and expanding to other cities in the country.

On the latest funding, Tuck Lye Koh, CEO and Founding Partner of Shunwei Capital, says: "The Indian startup landscape has exhibited exceptional growth across industries and this trend is likely to continue as the focus shifts to sustainability and unit economics. For our debut investment in this vibrant market, we were looking to join hands with a venture that has a robust business model, is catering to a real consumer need, and is backed by a superior team and tech infrastructure.”

CarDekho acquired Times Internet-owned Zigwheels in 2015 and Gaadi from Ibibo in the second half of 2014.

In 2013, CarDekho raised $15 million from Sequoia Capital, and followed it up with a $50-million funding in January 2015 in a round led by Chinese funds Hillhouse Capital and Tybourne Capital, taking its valuation to about $300 million. Last year, it secured a $15-million funding, in a round led by Google Capital, Hillhouse Capital, and some existing investors. Ratan Tata and HDFC Bank have also invested in the Jaipur-based company.

In the used-car segment, Cartrade is another competitor. Last year, it raised a massive $145 million from Temasek, March Capital, and from existing investor Warburg Pincus. In 2015, online automobile classifieds had consolidated to a great extent and the battle for the automobile classifieds crown was primarily waged between CarDekho and CarTrade. Besides, horizontal classifieds major Quikr increased its focus on automobiles vertical and launched Quikr Cars last year.

Though there are similar platforms available, experts feel the market is still hugely fragmented and many are working to solve the real pain points of the vehicle transaction process.