How Vaave aims to help institutions leverage their alumni networks

Based in Hyderabad, Vaave is a SaaS-based platform that helps institutions build and manage their alumni databases.

Enough and more has been said on the workings of the different alumni networks of the IIMs, IITs and BITS. But one must keep in mind that there are universities and colleges outside this small fraternity.

Thirty two-year-old Paresh Masade, an NITIE alumnus with over 11 years of experience in building web apps, felt that there was a need for a platform that got the alumni of all schools and colleges together. That is when he came up with the idea of Vaave, a SaaS platform that builds exclusive alumni networks.

Paresh says that he studied in a rural school in Adilabad till class 10, and that many of his schoolmates are today in good positions. He felt that if institutions and alumni contributed to each other, they could achieve a fair bit of development and provide better infrastructure to the students. He says,

“In my college in Mumbai, I learnt more through guidance from our seniors and alumni than from sitting in the classroom. After experiencing all this, I felt that we could completely transform the education system if we helped connect alumni with their institutions. That was when the idea of Vaave was born.”

Alumni can also fund research projects and startups by the students of their alma mater and help structure the future strategies and curriculum of the institution. However, the concept of alumni relationships is not well established in India.

Building on the idea

Paresh adds that institutions still use traditional methods to manage alumni databases, which leaves them out of date. Communication is not streamlined, and the expertise to handle alumni relationships effectively is often absent. Institutions are hence unable to leverage the potential of their alumni networks.

The idea for Vaave was conceived to address this challenge and to create a one-stop solution for all the needs of alumni networking. Paresh bounced the idea off his friend Sanjeev Kosaraju, a 30-year-old IIIT-H dropout who brings with him eight years of experience in sales and strategy. Both Paresh and Sanjeev have been active members of Bhumi, an NGO in Hyderabad.

After listening to the idea, Sanjeev joined in as co-founder. The duo was joined by Sanjeev’s schoolmate Yasaswy Peesapati, a VIT alumnus with over eight years of experience at Cognizant.

Paresh’s collegemate Jaipal Reddy Kadari, who had worked for ICICI Bank and has over six years of experience, later joined the team as head of finance and operations. Today the team is made of 20 people. Paresh says,

“We built the team from scratch and kept re-building it several times as sets of people left us midway due to financial crunch. Building a team and keeping it motivated was a very big challenge for us, and I think we can do it decently well now as we a have had a very strong and stable team for the last couple of years.”

However, Paresh adds that selling a B2B product in the education sector in India is extremely difficult, and it was all the more so for the team because of their focus on the unorthodox space of alumni networks.

Sanjeev personally visited hundreds of educational institutions and met thousands of academicians across the country, understanding their needs and the challenges they were facing in keeping their alumni connected to the institution.

The team had to educate the schools on how they could reach out to the alumni and keep them engaged, and on how the engagement, in turn, would help all stakeholders. They had to wait for almost six months to sign up their first institution and another four for the next. Paresh adds,

“But we stood our ground as we believed that once we started showing positive results and delivering value through our initial customers, the concept would soon become widely accepted and owned. That worked ultimately, and now, every institution wants to have an alumni network.”

The features of Vaave include a complete database management solution, an events module, a funds module, a mentorship module, a jobs and internships module, an online merchandise store, and a mobile application. The network can be launched in a week, and it provides round the clock support to customers.

“Vaave is the result of extensive research and hard work put in by the team over the years, and it suits and caters to all the needs of alumni and institutions,” says Paresh. The team charges an initial setup cost and an annual subscription fee. They claim that in 2014, when they started, they had a revenue of Rs 4 lakh from the product.

At the end of 2015, they stopped all other services and started focusing only on the product. Paresh adds that their revenues rose to Rs 23 lakh in 2015-16.

“Our estimated revenues for this year (2016-17) are equally promising, and we are expecting them to grow a minimum of threefold. As we are venturing into corporate and international markets now, the growth rate will be much higher starting next year,” he says.

The edtech space has several players, the biggest one being Byju’s. Last year, Byju’s raised $140 million across three rounds of funding from top investors, including Sequoia Capital and the Chan-Zuckerberg Initiative. The latest round of funding has pushed the company’s valuation up to around $500 million from $160 million in 2015.

Apart from Byju’s, Khan Academy, Unacademy and Vedantu are prominent players in the edtech space. Startups are slowly cropping up in the social network and alumni network arena as well.

Since 2007, private equity investors have pumped $1.1 billion into the Indian education sector. At a $24 billion annual private spend, K-12 is the largest sub-segment, and it is growing at a CAGR of 11 percent. The edtech sector is expected to grow to $33 billion in 2017, serving a population base of approximately 359 million children in the age group of 5-19 years.

Speaking on what sets Vaave apart, Paresh says that the venture is focused solely on building alumni networks. He believes that this ensures the credibility of the networks, makes institutions take an active part in building the alumni network, makes high profile alumni feel comfortable registering on the network as it is endorsed by the institution, and enables high impact activities like fund raising and mentorship.

“Another thing that sets us apart is our post-sales support. We hand-hold each institution and help them through each step of building an active alumni network. We help them build their database, organise alumni events, raise funds, keep the network up to date, promote engagement on the network, and so on. Our relationship with the institution does not end with the sale, but actually begins at that point,” says Paresh.

Vaave launched its first international network for the Global e-Schools and Communities Initiative (GESCI), run by the United Nations ICT Task Force in Africa, this year. “We launched our integrated mobile app recently and will be launching our first corporate alumni network for Qualcomm India next month,” says Paresh. 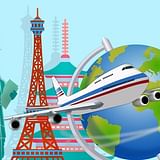