Accretion Aviation - The UBER of private charters and yachts for Indians 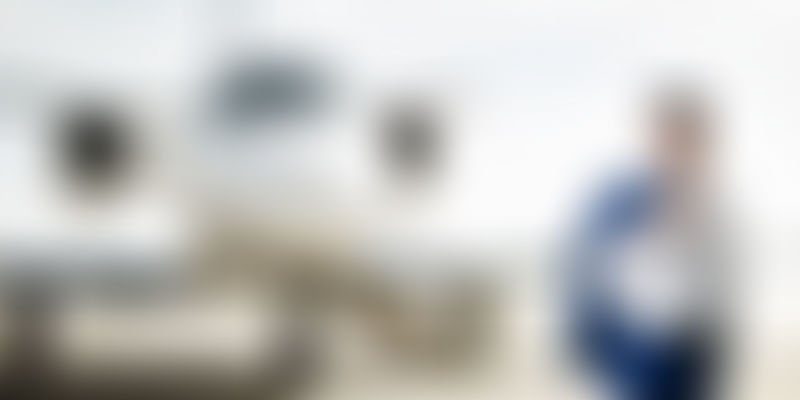 A beer party in the middle of the sea inside a yacht, or a floral shower from a copter at an anniversary – these are not luxuries anymore. Thanks to Accretion Aviation, a venture attempting to aggregate the private aviation and yachting industry in India, once-outlandish daydreams have now come within the realm of reality for the middle class.

This self-funded startup rents private planes, helicopters, yachts (five cities), air ambulances and aerial/helicopter tours all over India. They started their yacht services in Dubai two months ago, and have plans of expanding these to Singapore and Phuket Founded four years ago in Indore, Accretion Aviation is an aggregator that lists a fleet of 130 private planes, 85 helicopters, 37 yachts and seven air ambulances. The startup has served 15,000 customers till date and has experienced 100 percent year-on-year growth since its founding.

Private planes/helicopters and air ambulances can be booked via phone instantly. “We quote the lowest and the nearest available machine to the client in less than 30 minutes. Our promise is to get you from point A to point B in the quickest, most convenient and safest manner, be it using a charter aircraft or a helicopter. We offer both spot charters as well as long-term leases, and block hours depending on individual need and requirement,” shares 32-year-old founder Rahul Muchhal.

The reason Rahul decided to enter this industry was that emergency services such as air ambulances were costing more than the actual treatment, simply due to the lack of aggregators in the space.

A few years ago, I was searching for an air ambulance for a friend from Indore to Mumbai. I was shocked at the rates, which varied between Rs 9 lakh and Rs 13 lakh. We finally managed to book it for Rs 6.5 lakh. I knew this couldn’t be that expensive. Today, we have provided the service between Indore and Mumbai at Rs 3.5 lakh. This is just an example, and our services are provided across India, he says.

How safe is it to book these crafts from a private aggregator? “We list only those providers that are government-accredited and whose certifications are valid. That means all our providers are DGCA-approved non-scheduled operators,” assures Rahul.

“People can book a small yacht for four people in Mumbai, Goa or Chennai for Rs 5,500. But what’s truly disruptive is the convenience of booking yachts, helicopters and planes”, adds Rahul. Who are the people buying these crafts?

“We also organise aerial tours for anyone who’s interested. Our private planes can land on any of the 149 airstrips in India,” he says.

According to the Economic Times, about 130 NSOPs (non-scheduled operators) are currently registered with the DGCA, and a substantial number are believed to be chartering primarily to their promoters. This means that there are many corporate houses and companies that own their private charters.

However, there are a handful of players like Bookmycharters, Oceanblue and Airambulance.co.in that are aggregating this need. How does Accretion Aviation distinguish itself from other private companies renting out planes and yachts?

“Most of the companies provide one or two of these services. Like there’s a player for, say, air ambulance only, or for private charters only. Accretion Aviation is the only company that provides all services under one umbrella, making us a one-stop-shop for private aviation and sea sailing,” says Rahul.

“Apart from a major chunk of corporate companies, our services are often availed by people from the movie industry here. We have also seen a growing interest from SMEs and small companies,” he adds.

Accretion Aviation works on the aggregator revenue model. “In simple terms, working as an aggregator, we have agreements with goods/service providers. We provide them with the customers, and in return, charge some commission. We are experiencing 100 percent year-on-year growth in the last four years,” says Rahul.

Rahul is a graduate from Pennsylvania State University - State College. A need raised by a friend years ago inspired him to systematically leverage technology and partnerships to address deep-rooted bottlenecks that existed in the private aviation and yacht industry. Through the startup, he has been able to make luxury travel accessible and affordable to individuals and corporate companies alike.

He shares that he is committed to corporatising the private aviation and charter industry in India with his unconventional approach towards the luxury travel business.

The luxury aviation and sailing segment is still at a nascent stage, and has been underplayed due to its premium nature. “One of our key marketing strategies is spreading the word that luxury is now affordable and within reach. We are continuously working on the feasibility of providing services in multiple cities across India on a regular basis as well as on special occasions. We plan to take plane charters and aerial tours to multiple cities with pan-India coverage,” Rahul adds.

Though India’s civil aviation industry is on a high-growth trajectory, with the country aiming to become the third-largest aviation market by 2020 and the largest by 2030, the space for purpose-driven aviation and yacht cruises is a completely new market that’s taking shape in India at the moment.