Will the real AI startups please stand up? 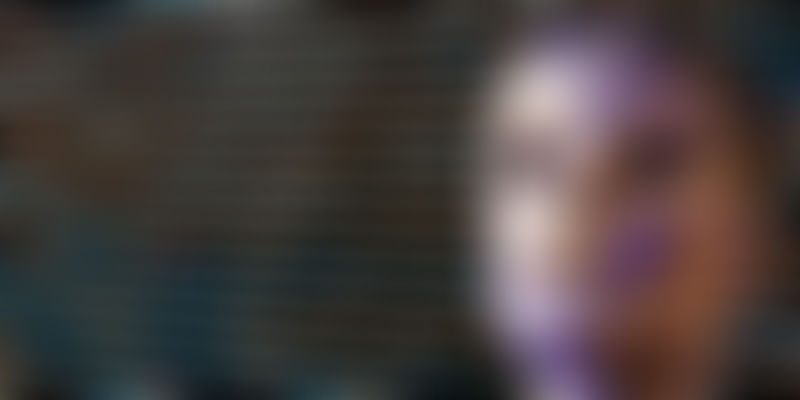 AI is touted to change the world in the same way electricity did. But are we moving too fast? While AI has created impact in some sectors, there are some documented instances of enterprises claiming to have automated systems, but actually relying on humans behind the scenes. For our future to stay bright, the real AI startups will need to stand up.

On March 22, 2017, Andrew NG, who had been heading Artificial Intelligence (AI) efforts at Chinese tech giant Baidu, announced that he was resigning from the company. Within a few hours of his announcement, Baidu’s stock dipped by about $1.5 billion, showcasing the value that his work in AI brought to the company. Andrew is also one of the co-founders of Coursera and has taught machine learning classes online to over 1,00,000 students. He had earlier led the “Google Brain” project, which developed massive-scale deep learning algorithms at Google. So, we can take his word, when he makes this prediction,

Just as electricity transformed many industries roughly 100 years ago, AI will also now change nearly every major industry — healthcare, transportation, entertainment, manufacturing — enriching the lives of countless people. I am more excited than ever about where AI can take us…

Data may be the new oil, but AI seems to be the tool of choice to drill and leverage it. Almost every major company in the world, from Google to Facebook and Microsoft, is arming itself for the new AI-powered race that is almost here.

But like any new technology, there are a lot of misconceptions surrounding AI, and the potential impact that AI-powered startups and enterprises will have on the world. Many startups around the world, and in India, are looking to innovate in this space, and VCs, too, are swooping in to invest in AI-powered startups.

YourStory referred to multiple industry reports and also spoke to startups and VCs in this space to better understand where AI is headed and how startups could benefit from it. Here is an overview.

Defining AI in the modern context is a tough task. Ben Thompson, the well know media analyst, recently noted on Stratechery that AI could be categorised into two main categories-

A→B or supervised systems have been progressing rapidly, and the best ones today are built with a technology called 'deep learning' or 'deep neural networks', which were loosely inspired by the brain and how it works. Andrew NG noted in a Harvard Business Review post,

Today’s supervised learning software has an Achilles’ heel: It requires a huge amount of data. You need to show the system a lot of examples of both A and B…

Getting large volumes of good quality data is one of the biggest challenges for AI startups today, as the quality of input data has a direct impact on the results. Apart from machine learning some of the other important focus areas where AI advances are happening include speech, natural language processing (NLP), computer vision and knowledge graphs.

The rise of AI has also brought multiple misconceptions in the market. Talking to YourStory, Ashwini Asokan, Co-founder of Mad Street Den, feels that the biggest myths include-

Ashwini noted, “Automation is automation. Machines performing repetitive tasks in not necessarily AI. Many use the terms interchangingly.”

The AI community around the world is vibrant, and many researchers open-source their research and code. Ashwini noted that there are some startups that plug in these AI APIs into their system and then claim to be AI startups. Building AI-based applications by leveraging APIs and other tools and building AI systems from the ground-up are different feats, and she believes that not many are aware of the difference.

AI needs to be invisible

Some startups and businesses are generally secretive about what goes on ‘under the hood’ at the venture, and they have a right, if they so wish. But Ashwini believes that making AI invisible and not wanting people to know that your startup is leveraging AI behind the scenes may not be a great idea. Being open and transparent about what aspects are AI-powered is generally better to set the right expectations from customers.

AI and the Indian startup ecosytem

According to a report from CB Insights, over 550 startups using AI as a core part of their products, raising $5 billion in funding in 2016. Since 2012, deals involving AI startups have been on the rise, and 2016 was a record year for startups globally. The US accounts for about 61 percent of the funds raised, while India is fifth on the list, at 3.5 percent.

While the funding dollars may not reflect the current situation, there are many interesting AI startups and projects in India. Some prominent and interesting Indian or India-focused startups include Mad Street Den, Niki.ai, Neuron.me, Locus.sh and Artifacia (more popularly known as Snapshopr).

On the other side of the table, many VCs and angel investors are keeping a close watch on the AI space, according to the general pulse that YourStory has been able to sense. Predicting a lot of growth in this space, Manish Singhal and Umakant Soni founded pi Ventures, an AI-focused fund for India. They recently closed $13 million of their $30 million AI-focused fund, and also invested or co-invested (with others) in three startups- Ten3t, Zenatix and Sigtuple.

In an earlier conversation with YourStory, Manish had noted that he had seen a lot of great applications in the AI space, in sectors such as healthcare and energy. About the maturity of the space, he had said,

Whether it is winter, spring, or summer, enough stuff is happening in the AI space in India. There is enough critical mass now.

Given that some VC firms have burnt their fingers from the funding boom during 2015, VCs are more cautious now and do a lot more due diligence before writing a cheque. Talking to YourStory, Anurag Ramdasan, an investor from 3one4 Capital, noted that when it comes to investing in startups that are tech-heavy, his team ensures it spends sufficient time with the startup team to understand what they do. He noted,

It is really important for VCs to be able to understand the details of what the startup is building, including their publications and source code. This is what makes it challenging to be a VC investing in the AI space, as it requires very focused competencies to gauge the startups' novel progress, and to remain on the cutting edge.

Anurag opined that startups that deal with AI can be broadly categorised as models that use AI as enablers to the core value proposition, or the ones that conduct AI research to push the boundaries of the field. He also noted that AI need not always be the best approach to solving a problem. He said,

For the ones that use AI as an enabler for its features, it is more important to understand the need for AI, and the optimisations that it delivers as opposed to the implementation itself. If a non-AI solution delivers a more optimum result, then an AI-based implementation is unlikely to get any special consideration.

But given that AI is still in its nascent stages, and not completely understood, VCs may have to pay special attention to the ‘Reverse Turing Test’, where a human pretends to be AI to fool a fellow human into thinking he/she is a machine. This is a variation of the more popular Turing Test, where a machine's ability to exhibit intelligent behaviour indistinguishable from that of a human is tested.

There are some documented instances of enterprises claiming to have automated systems, but actually relying on humans behind the scenes, thus giving cause to paraphrase Eminem’s hit single from 2000 to,

Will the real AI startups please stand up?

The future of AI?

The general public has likely interacted with AI only in a few avenues, with chatbots being the most prominent ones. But based on Andrew NG’s belief that AI is the new electricity, almost every sector will face disruption. Ashwini agrees with this view and believes it is more a matter of time rather than 'if it will happen'. Talking about India, she believes that we have enough talent and resources to catch up and leapfrog ahead to a better position in the global AI race.

Anurag of 3one4 Capital noted, “While covering disruption, always look out for the blast radius instead of the impact centre. The effects are usually far more spread out than you would imagine.”

Citing a CrunchBase report, Anurag elaborated how advances in the driver-less cars space could impact other sectors like insurance, cab aggregators and the airline industry, among others.

But there is currently a big pushback against the adoption of AI because of the impact it could have on the global workforce. At a recent event in Bengaluru, Microsoft chief Satya Nadella had spoken about the impact AI will have on jobs, and how people should cope. He had said,

Predicting the skills needed for mid-level jobs in the future won't be easy. To better prepare people, we will need to help them get life-long learning skills.

Bill Gates believes that a good way to make the transition to an AI-powered world is to tax AI or robots. In an interview with Quartz, Gates noted, “Right now, the human worker who does, say, $50,000 worth of work in a factory, that income is taxed and you get income tax, social security tax, all those things. If a robot comes in to do the same thing, you’d think that we’d tax the robot at a similar level.”

So in the long term, startups leveraging AI for gain may have to heed to strict guidelines and regulations. AI beings too will likely have to follow rules and regulations. Taking a page out of Isaac Asimov’s playboook, a futuristic representation of his Three laws of Robotics, applied to AI startup workers could be-