End of the road for Flipkart and Snapdeal? 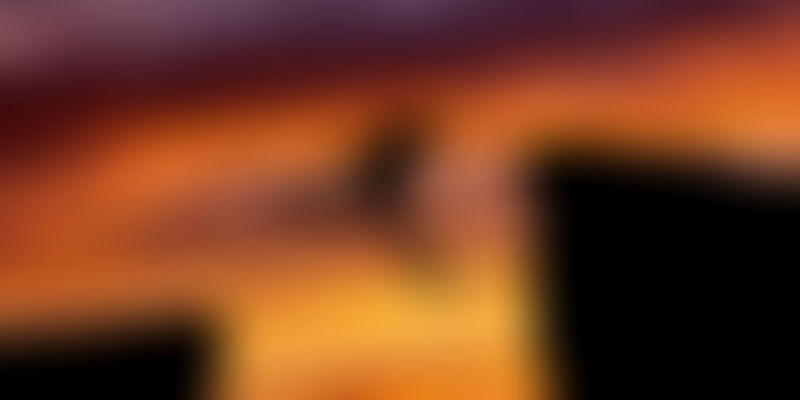 Is it really time to write off the two leading 'Indian' e-commerce marketplaces or can they reinvent themselves?

The end of days is here for online retail — so say many ‘pundits’. But how many times has e-commerce been written off in India, how many gloom and doom statements and dire forecasts been made?

About a decade ago the view was that Indians would not buy online, they would not transact online, and would not trust unknown names like Flipkart and Snapdeal. Today people are saying these companies — then unknown names and now large e-commerce players — have spent too much money on marketing, they are bloated, they focused on the wrong metrics, they will not raise further funding, valuations will crash, they will all collapse, and e-commerce will stagnate.

None of the problems the ‘experts’ raise is false. A decade ago, getting Indian consumers to transact was a real problem; today high costs and muddled strategies are real issues companies like Flipkart and Snapdeal are grappling with. But is it time to write them off?

Cut out the noise

Let’s look at a few facts. A decade ago the e-commerce industry was virtually non-existent in India. In 2006, online retail was a Rs 850 crore industry, according to a report by research agency IMRB for the Internet and Mobile Association of India (IAMAI). By the end of 2016, e-tailing was expected to be an over Rs 72,000 crore industry. That’s 85 times growth in a decade — impressive to say the least. This rapid growth has, in turn, had positive consequences across multiple areas — from creating lakhs of white- and blue-collar jobs to improving India’s logistics infrastructure. This growth has primarily been driven by Indian startup entrepreneurs. K Ganesh, serial entrepreneur and founder of startup incubator GrowthStory, says:

The founders of Flipkart and Snapdeal have done a phenomenal job in creating a completely new sector, creating lakhs of jobs, bringing a very conservative Indian customer to shop online. In 2008 the best US VCs said Indian customers will not buy online, now over 40 million Indians are buying online. The trust has been built. That is a phenomenal achievement. Let’s cut out the noise. Forget unit economics for the moment. The first level — billions of funds invested into India and billions of dollars of transactions online — has been a stupendous success.”

It has all happened before and will happen again

However, it is true that Flipkart and Snapdeal have spent millions of dollars on marketing, on discounts, on bringing categories online that had no business being online at scale, and on hiring hundreds of employees who were not really needed. Now faced with a fund crunch and tough questions from investors, the companies are laying off hundreds of employees and trying to tighten their belts.

You would be forgiven for thinking, when you read news reports and hear the experts talk, that e-commerce is the first and only sector with such issues in this country. Arvind Singhal, Chairman of retail advisory firm Technopak, has tracked retail and other industries for decades. He says:

Unlike many people today, I remember when modern retail started. In the ’90s and early 2000s, there was similar madness in retail. People thought they could redo the fundamentals. Multiple formats were launched and most were not successful. People have forgotten what mistakes were made during that time. Mr Biyani also made a lot of mistakes, did a course correction, and now Future Group is doing well.”

Arvind says that Chamosa, kiosks that sold chai and samosa, is his personal favourite among all the ventures Kishore Biyani has launched and shut down.

Every industry, from telecom to banking, has faced questions over bad business practices. The highly regulated banking industry, watched over by the hawkish RBI, has still managed to give away thousands of crores of bad loans. Price wars were and still are a reality in the telecom industry. The e-commerce layoffs pale in comparison to the thousands of retrenchments that happened when the Bombay textile industry collapsed in the 1980s. Last year L&T laid off 14,000 employees — over 11 percent of its total workforce. It caused barely a ripple.

A hiring consultant, who works with most of the e-commerce companies, said about 15,000 white-collar employees are being laid off out of the about one lakh workforce. “That is actually a very small number. When Infosys automates, at least 50,000 will lose their jobs,” says the consultant. “This is just doom and gloom getting hyped up.”

Ganesh of GrowthStory says perspective is required. “My heart goes out to those who have lost their jobs. But these are youngsters working in the knowledge economy who have got severance pay and will most likely find jobs very soon. Their situation is very different from that of a 55-year-old factory worker who only knows how to operate a machine and has been laid off,” he says.

All hunky dory then? Oh no

Now that we have some perspective, let’s get to the bad news. Are Indian e-commerce companies besieged by problems? Yes, they are. Have the e-commerce companies and managements caused these problems? Yes, they have. The good news is they have finally acknowledged it. The much-publicised letter to their employees by Snapdeal founders Kunal Bahl and Rohit Bansal would not have been an easy one to write. In it, they wrote:

We started growing our business much before the right economic model and market fit was figured out. We also started diversifying and starting new projects while we still hadn’t perfected the first or made it profitable. We started building our team and capabilities for a much larger size of business than what was required with the present scale. Ambition is critical because that’s what motivates us to give our very best every single day — to achieve the undoable. However, a large amount of capital with ambition can be a potent mix that drives a company to defocus from its core. We feel that happened to us. We started doing too many things, and all of us, starting with myself and Rohit, are to blame for it.”

This statement could apply to most Indian e-commerce companies, including Flipkart. The problems have all come at the same time for the ‘Indian’ e-tailers — an aggressive Amazon, drying up of funds, demonetisation, and a sudden slowdown in sales.

According to sources, Amazon is committed to spending $1 billion per year in India and this has yielded results — it has become a strong number two and is breathing down Flipkart’s neck.

Both Flipkart and Snapdeal have been under pressure for most of last year, with the only exception being the Diwali period, when sales zoomed.

“Even before demonetisation there was a slowdown in orders in the April-to-June-2016 period. Then Diwali saw daily shipments hit three million (for the industry), but then demonetisation and cost pressures have taken a toll. Now shipments are down to 1.5 million per day,” says a senior e-commerce logistics executive on condition of anonymity. While the industry had doubled in 2015, last year saw just 12 percent increase in volumes over the previous year and 2017 will be similar to 2016, says the e-commerce logistics executive.

Why should I buy from Flipkart or Snapdeal instead of from Amazon? It’s okay that the question remains unanswered. What isn’t okay is that no attempt has been made to find answers to this question.”

Arvind of Technopak elaborates: “Selling things below cost, scaling up logistics without the volume, and doing all this without defining their USP — these are the major issues. Just being online is not good enough.”

Vaitheeswaran stresses that the companies need to focus on the right metrics. “They need to start measuring metrics like conversion rates, repeat rates, gross margins per transaction and not just GMV.”

A lesson from Amazon…no, not that lesson

It all comes back to Amazon, the world’s original e-commerce stalwart. Vaitheeswaran says:

If you have to pick two companies you don’t want to compete against, those are Amazon and Uber. In China, they might have lost out but that’s because there the government decides the winner. In India the consumer decides. If they just had more money, it wouldn’t be so difficult. But they have more money and they have brains. That’s a hard battle.”

Experts say that e-commerce will definitely grow as consumers have taken to shopping online in large numbers. “Three things have happened. Demonetisation has made every small vendor to go digital and cashless. Jio is a movement—it has made going online completely affordable. Only 40 million are online now. The next 200 million will come online. I am very bullish about e-commerce,” says Ganesh, an investor in BigBasket, Bluestone, Qtrove and Homelane.

While the industry insiders YourStory spoke to said a turnaround for Flipkart and Snapdeal is not impossible, it remains to be seen whether they can manage it. “Amazon doesn’t have any government support in India, which makes them extra cautious, and has still scaled rapidly. They will become leaders soon. Can the Indian firms become a viable number two? Just being number two isn’t good enough,” says Arvind.

Those running Flipkart and Snapdeal are making the right noises. Last May Binny Bansal, then CEO of Flipkart and now Group CEO, said in an interview to The Economic Times that the focus was not on GMV anymore. Snapdeal Co-founder and CEO Kunal has been talking about profitability for some time now.

At Flipkart, with Kalyan Krishnamurthy taking over the reins, the focus has been firmly on turning around the business, with reports stating that the company will slash burn rate by 5–10 percent. As per this Mint report, Flipkart’s strategy might be working with gross sales at Rs 2,600 crore in December 2016 and January 2017, compared to Rs 2,300 crore by Amazon in the same months. But it is still too early to say whether this is a sustained turnaround or just a blip.

Snapdeal’s situation is direr with reports stating that shipments have halved to between 60,000 and 80,000 units a day.

Firing of excess staff is the right step, say experts. “There has been a lot of talk by these firms that they are tech companies. But they have thrown people at the problem. The problem with people is they cost money. They need to truly use tech to scale,” says Vaitheeswaran. He points out that with Prime, which offers free shipment and unlimited streaming of exclusive video content, Amazon has a killer competitive advantage.

So is it game over for Flipkart and Snapdeal? We need to turn to Amazon once again, which, having been called everything from Amazon.toast to Amazon.bomb, has been written off more times than any company ever has. The company made its first profit in 2003, nine years after it was founded. However, even a decade later, there were questions raised about whether Amazon would ever make money. Last year was a great year for the company, with total revenue increasing 27 percent. But this has come 22 years after it was founded.

So maybe Flipkart and Snapdeal can still pull off an Amazon. The Indian companies can learn a lesson or two from Jeff Bezos, the ever-smiling head of Amazon. This is what he had to say to his employees when people said the “big boys” would steamroll Amazon:

Flipkart and Snapdeal might just find it in themselves to turn their companies around. Stranger things have happened, after all.