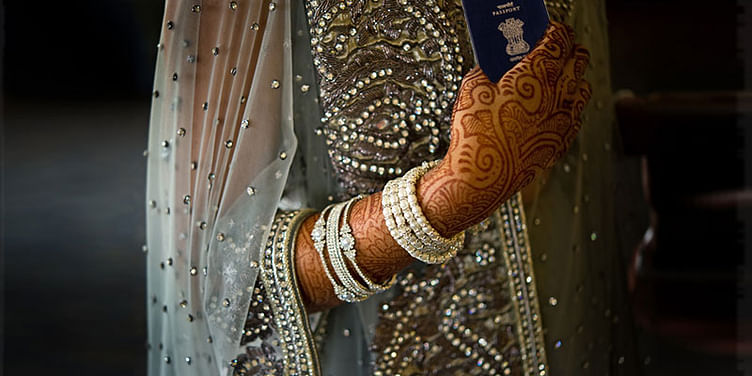 Even as Indian government officials are in Washington this week lobbying on behalf of the IT sector to remove curbs on H1-B visa, here’s looking at the uncertainties often faced by the visa wives.

The H1-B visa has always been a source of contention between India and the US -- a ticking bomb so to speak. India is the largest recipient of H1-B visas. Of the 85,000 H1-B visas issued annually, 70 percent go to Indians, and more than half of them working in the IT sector, according to the US Citizenship and Immigration Services, which manages the visa petitions.

According to a Forbes report, the H1-B is referred to as the “most toxic” visa in Washington. “The visa is often despised by American software engineers who say they are being replaced by younger, foreign workers willing to work for less,” the report states.

The men and women who land on the US shores with an H1-B visa often go through trying times to make their American dream come true. A fact that has often been highlighted in the media before.

But a new book, Visa Wives: Emigration Experiences of Indian Women in the US, sets out to document issues faced by the new H4 (dependent visa holders of H-1B) arrivals. It aims to find out what happens in the world of women who fly on dependent visas.

Besides adjusting to a new life in an alien land with no family or friends, the women, most of whom have to give up fulfilling careers back home, face the bitter truth that the law will not allow them to work on the basis of the visa they are travelling on.

“If you land a US groom, you are expected to view it as a ‘fairy-tale’ match. So any trouble you have after you set foot on the new continent gets brushed aside as an ‘adjustment’ issue,” writes Radhika M B, author of the book.

Herself a visa wife who gave up a promising career in journalism back home in India to join her husband in the US, Radhika chronicles the lives of women like her with sensitivity, and in the process reveals the additional fears and anxieties that they have to deal with.

The book is meant to help women who may be on the threshold of relocating to the US with their husbands, and women who have moved newly to the country. “Through an anecdotal narrative, I have tried to highlight what happens to women who have gone through the trauma in their initial years after arrival in the US. Immigrant fiction on culture shock is not new. But I have hoped to give a glimpse of what happens versus the stereotypical American fairy tale picture painted for families, especially women who leave their careers behind to join their men and realise they must stay home, in the last 20 years,” says Radhika in an interview with HerStory.

The book itself was the result of the trauma that she went through after arriving one winter evening in the US with only vague ideas about what she could do.

“The 'cursed life' of H4 visa wives and other women on dependent visas has been played up in the media only in recent years, but there's a lot to a woman's life than a news story. My idea was to make the invisible, visible. My hope was also to share the idea of 'giving' wherever we live.”

Stories of Sarika and Sairam, Rani and Kant (where health plays an important part in their US stay), Meghana Damani who overcame depression to do a documentary about H4 women, Madhusmita Bora who teaches and promotes Sattriya dance in the US, Rashi Bhatnagar who started her ‘H4 Visa is a Curse’ FB page, Kaushalya and Prakash, Aruna Raman who in her own quiet way did voluntary work, went on to study and blended into life at Pittsburgh, are poignantly told.

“It may sound cliched, but the culture shock bell curve plays out effectively. After the awe and amusement at the new place, women are bound to experience pangs of loneliness, trauma from isolation from their families back in India, the feeling of being unwanted and more. Having children around at home may ease that trauma a little, but it does not mitigate the shock,” says Radhika.

Inter-continental relocation is displacement in reality, even if it happens by choice. Women go through an identity crisis during the initial years of stay in the US. Some women can get suicidal because of their loss of empowerment, and feeling of enslavement can make them go through chronic depression.

The culture in their new country places a premium on individual privacy, whereas their home culture was collectivist. “As the 'good bahus' and 'good daughters', the pressure they go through to project 'happiness' to families back in India when they suffer in reality, is huge.”

This suffering can be through the uncertainty of their stay in America because of project downsizing by companies, through illnesses in a different climate, and financial strain. “To top it, such women encounter isolation by people in their extended family back in India because of jealousy. Imagine if you as an individual are not able to tend to your sick parents, or be there for the death of someone you love. Imagine being labelled bad and selfish because of visa procedure complications that will not allow you to travel during such events,” adds Radhika.

Nonetheless, through her own and other examples, Radhika shows how the H4 visa wives can make the most of this part of their life’s journey, which is often not of their choosing. “The key to finding acceptance in a new place is to accept it in the first place. Taking the first step to go out and meet people matters. And so does giving. A homemaker I have written about goes to senior care centres regularly to volunteer. Some women volunteer at other charities. Learn about the local festivals, move out of your comfort zone. I have personally learned amazing things about the country,” she says, adding,

“I personally dream of a borderless world, a global family and the likes, but until that becomes a reality, the book.”