25 of the highest-paying companies in America right now 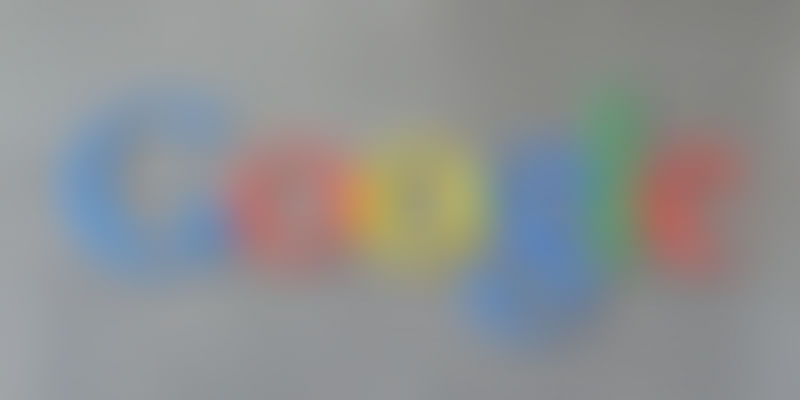 Following the recent inauguration of billionaire Donald Trump into the hot-seat of US President and Britain’s epic Brexit from the European Union, markets around the world have been on a rollercoaster ride of sorts. The changing global political scenario has had a huge impact on the world economy, affecting almost all major industries in varying quotients.

Popular job search site Glassdoor recently released its annual list of American companies that are credited with paying the highest salaries to their employees. Despite the changing political and economic climate however, the one industry that has been more or less constant at the head of the income ladder is, quite unsurprisingly, tech, especially in America.

“In technology, we continue to see unprecedented salaries as the war for talent is still very active, largely due to the ongoing shortage of highly-skilled workers needed,” said Dr Andrew Chamberlain, Chief Economist of Glassdoor.

Speaking about the rise in income-levels offered by major consultancy services, he added, “Salaries are sky-high at consulting companies due to ‘barriers of entry’ in this field, which refers to employers wanting top consultants to have personal contacts, reputations, and specialised skills and knowledge.”

To this end, they narrowed down the list to 25 best-paying companies based on their median total compensations, which also includes bonuses and commissions.

No real surprise there. One of the world’s most popular multibillion dollar conglomerates, Google is ranked as one of the highest paying companies of both Silicon Valley in particular and America in general, with a median base salary of about $123,331. With an employee-base of more than 60,000 across the world, the company offers a generous package of parental leave, free transportation, healthcare, and a whole lot of crunchy snacks in its offices!

This Chicago-based global management consulting firm has had quite a formidable reputation, and has made cracking into the system a pretty challenging experience. With an employee-base of more than 3,600 people and a median base salary of $143,620, the company offers high salary quotients to even its junior-most employees, considering industry standards.

Although this is a single branch of Amazon, in charge of designing consumer-based electronic devices like Amazon’s Kindle, its sales and numbers make it appear as a well-funded startup operating on its own with a median base salary of $138,700 for its wide-spread employee base.

With offices in more than 157 countries, the New York City-based business division of PwC ‘Strategy&’ helps offer solutions to risky business operations to its global clientele. Before it was acquired by PwC in 2014, it had a large stake in the merger of the National and American football leagues of the late ‘60s. Today, it features as one of the highest paying companies with a median base salary of $147,000 among an employee-base of 200,000 people across its many branches.

Another California-based tech company dominating the market, Juniper Networks manufactures switches, routers and security software for computers. Its median base salary of $135,000 among its 9,000 employee-base allows it to feature on the list of highest paying companies in the US.

The social media giant is proud to offer an informal and fun work culture through its swanky offices, free meal and game services, as well its discounted employee travel packages. Employing a multicultural and multigenerational workforce of 13,000 employees, the company offers a median base salary of $127,406.

Referred to as the biggest player of the ‘Big Three’ management consulting firms, which also includes the Boston Consulting Group and Bain & Company, McKinsey & Company has a history of game-changing employees like Google CEO Sundar Pinchai and Facebook COO Sheryl Sandberg. It boasts of a median base salary of $135,000 across approximately 12,000 employees.

From its head office in Palo Alto, California, the cloud-software making company employs more than 19,000 people across its many offices. It also has a median base salary of 130,000.

As mentioned earlier, the Boston Consultancy Group is a part of the powerful ‘Big Three’ triumvirate, which boasted of a revenue-base of $5 billion in 2015. Getting a position in this company is preceded with a series of challenging interview-rounds, allowing its 12,000 employee-base today. It offers a median base salary of $147,000.

Guidewire has tapped into the right market by selling software to the lucrative insurance industry. Acclaimed for its exciting work environment and for being a proponent for a strong work-life balance, this company features on the list for highest paying US companies with a median base salary of $135,000.

A software company which designs electronics and other forms of technology, Cadence Designs runs by the motto ‘Keep calm and innovate with us’. Proud of hosting an informal but productive work culture with flexible hours and casual dress-code, the company employs more than 6,000 individuals across its branches in 42 countries. It offers a median base salary of $140,000.

Almost everyone has a VISA card nowadays. The global financial services corporation that deals with e-fund transfers through credit, debit, and prepaid cards offers employee benefits like discounted dinners, free movie tickets, and great healthcare packages. With an employee-base of 11,000, the company also boasts of a median base salary of $130,000.

Twitter offers a homely and fun work environment with drinks on tap, rooftop patios, and free food and gym services. Along with these amenities, the multibillion dollar conglomerate offers a median base salary of about $133,000 to its 4,000 strong employee-base. Tweet that!

California-based Box offers cloud file storage and collaboration software technology to businesses. The current employee-base of the company is about 1,000 with a median base salary of about $130,000.

The employers of the tech-lab arm of the billion-dollar retail company, which operates its websites and works on other tech solutions, enjoy a median base salary of $126,000.

One of the world’s largest software-makers for businesses, SAP also reports of having one of the highest number of employees on board. Petering over 80,000 individuals, the company offers a median base salary of $120,000.

According to a PayScale report, about 40 percent of the company’s employees have found working here to be extremely flexible, even being allowed to work from home in several instances. One of the spearheads to granting ‘parental leave’ to its employees, the multibillion dollar conglomerate of Silicon Valley also unloads a series of other benefits to treat its employees to the best of its abilities, monetarily and otherwise.

The electronics-based company reportedly has over 10,000 employees working across oceans in India, Israel, Europe, Japan, North America, and the Pacific Ring. The median base salary for employees working through all these countries is a whopping $130,000.

In a blog post on the company’s website, CEO Tim Cook stated that in 2015, 35 percent of Apple’s new recruits were women and 43 percent were minorities. Apple’s vast-employee base of 115,000 across 17 countries and 478 retail stores (as of 2015) also enjoy perks such as employee discounts on the company’s products, excellent health-care packages, and flexible leaves.

eBay boasts of multibillion dollar business operations in about 30 different countries with an employee-base of about 12,600. The company strives to help its employees make a difference globally and even holds a ‘Green Team’, where employees and sellers work together to improve eBay’s sustainability. It also hosts a match program for philanthropic gifts.

Intel has claimed to help its employees ‘build the career of their dreams’. To this end, the company provides them with access to on-site career advisors, networking events, and any other form of assistance which they may need. At the same time, its employees also enjoy various perks such as on-site fitness centers, tickets to local sporting and cultural events, and are presented discounted vouchers as well.

Salesforce is one of the leading players in the market to sell customer-tracking software to big companies, helping them build and improve their marketing efforts. With an employee-base of about 19,000 individuals, the company offers them a series of uncapped commissions and a generous employee stock purchase plan. This also includes a median base salary of $120,000.

The parent company of expedia.com which also serves as a host to a series of online travel and booking sites, Expedia speaks of an employee-base of more than 18,000 individuals across its branches in 30 countries. The work culture in the office encourages its employees to harbour an interest for wanderlust itself and even offers them employee discounts for travel purposes.

If you haven’t used any Adobe-based software at least once in your life, we’re assuming you’ve been living under a rock. The company which offers software for creative projects (photos, illustrations) as well as marketing and document management, has an employee-base of about 13,000 all of whom are provided with commuter subsidies, help with child care and higher education costs and a median base salary of $125,000.

A leading manufacturer of speciality computer chips, the company was acquired by Avago Technologies in 2016 for a $37 billion deal. Critically acclaimed for being a contender of excellent healthcare and insurance packages, Broadcom can boast of a median base salary of $130,000.

Time to pack your bags and catch a flight to America maybe? It’s looking tempting!