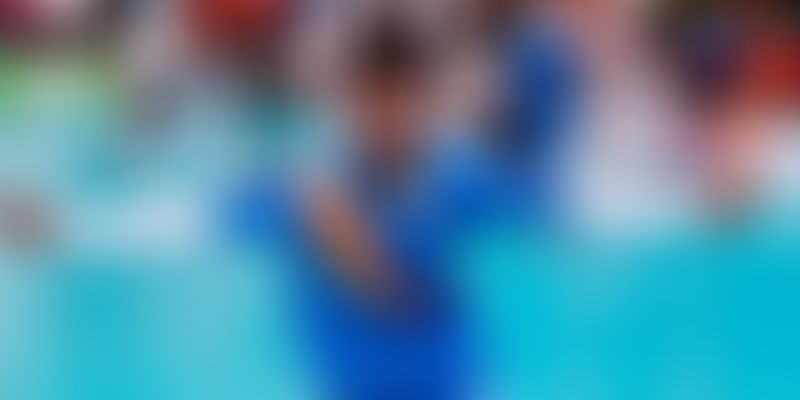 With 73 medals at the recently concluded Special Olympics World Winter Games and a tally of 1,062 medals over a span of 28-odd years, India’s specially abled athletes have done the nation proud. Yet, the citizens fail to give them their due honour and respect; worse still, we fail even to acknowledge their hard work and the glory they have brought to the nation.

A team of 90 athletes and 23 coaches, along with three officials, returned home, on March 26, from Austria after competing at the Winter Special Olympics World Games, 2017, between March 18 and March 24, against 2,500 athletes from 105 countries. A remarkable team dynamics, combined with the support and training received from the Special Olympics Bharat organisation, the delegation emerged victorious after bagging a total of 37 gold, 10 silver, and 26 bronze medals.

Battling all odds for the country’s glory

The infrastructure proves to be a challenge for the Indian contingent given the concentrated snow locations available in the Northern parts of India. Yet, the Special Olympics Bharat organising team refuses to give in and believes that with hard work and dedication they are bound to emerge triumphant.

“For ice skating, we utilise the rink at Ambience Mall in New Delhi. We exploit the opportunity available to us and do everything in our capacity to train our athletes, build their potential, send the team, and give them the opportunity to compete globally,” says Air Marshal (Retd.) Denzil Keelor, Chairman of Special Olympics Bharat (SO Bharat).

The athletes are physically trained at the state level by the respective coaches and schools following which, according to the quota set by the International Special Olympic Committee, they are selected and trained to represent India globally. The selection committee assesses their behaviour patterns, performance, and cognitive impairment and provides coaching according to the needs of the individual.

Cognitive impairment is characterised by limitations in intellectual ability with an IQ of 70 and below; difficulty in conceptual understanding, reasoning, problem solving and learning; and impaired social behaviour with low practical life skills.

“We develop our athletes to perform on three main criteria — speed, stamina, and strength. And with adequate skill training, we boost their confidence, which has a positive impact on their performance,” says Victor R Vaz, SO Bharat National Sports Director.

The floor hockey (male) final game was one of the highlights of the Winter Olympics season. In Bollywood style, the team emerged victorious after defeating Sweden, against whom they had lost in the initial round-robin week, with a score of 3-2. The final match saw both the countries going neck and neck for the coveted gold medal, and the 40-minute match was extended to 75 minutes. At the end of the game, after nine lines (each round lasts for five minutes) the teams were at a draw with five goals each.

“It was an absolute thriller. We took up to the 14th line and India then scored the winning goal. We won against Sweden, we won the finals! We won against the team that had defeated us earlier,” says Victor, the head of the delegation.

The other highlight of the week-long Winter Olympics event was the traditional floorball final, where the athletes clashed with the host, Austria. The whole stadium was packed with Austrians; Victor, however, says they were not fazed.

With just over 100 Indian supporters, Victor told his boys,

“Listen, there is nothing that can keep us back. We have to win this game. We have to get the gold for India. Just close your ears and play the game. We will do well.”

And so the game began.

India scored their first goal amidst loud cheers for Austria. Then came the second goal, and yet, the support and cheers continued to be for the home team. However, by the third goal, the stadium had become quiet.

Since India had already taken a lead, the coach took a bold step and sent in the substitutes to play the game. “I don't know what happened. Even the substitutes, who went to play on rotation, scored one or two goals. The game was at such a peak that it motivated all my players to let go and score as many goals as possible. The Austrians were just stunned with what we did, with what they had just witnessed.” India won the gold medal against the host country with a score of 8-0.

Societal acceptance and acknowledgement is yet to become mainstream

Using sports as a catalyst, the SO Bharat team’s main aim is to transform the lives of children and adults who are intellectually disabled. Air Marshal Keelor believes that participation in these global events provides new opportunities for these children which otherwise never existed for them.

Seventeen-year-old Ravi, a gold medallist in floorball hockey, used to train for three hours each day, battling school work, sports, and a poor financial condition. The ninth grader says that practice and hard work reap rewards and that is the only key to success. He says,

“My support has been my mother — she used to work and earn money and at the same time she helped me with the sports and training. This is an experience I will never forget. The food, training, and the friends I made will always be with me.”

Victor explains that sports has a positive impact on both the family and the athlete. When an athlete is selected she/he gains the confidence and self-respect to face family and society alike. In turn, the families’ fear that their son/daughter can do nothing in society gets dispelled.

However, while the Government of India finances and supports the training and travel of these special athletes, the stigma attached to mental and intellectual disability continues to dominate the society at large. Elaborating further, Victor said that when the team arrived in New Delhi on March 26 after winning laurels for the nation, there was no one to welcome or even acknowledge their contribution.

“The society and the media have to come forward and help these children. Only then will this world be a better place for these athletes,” he says.