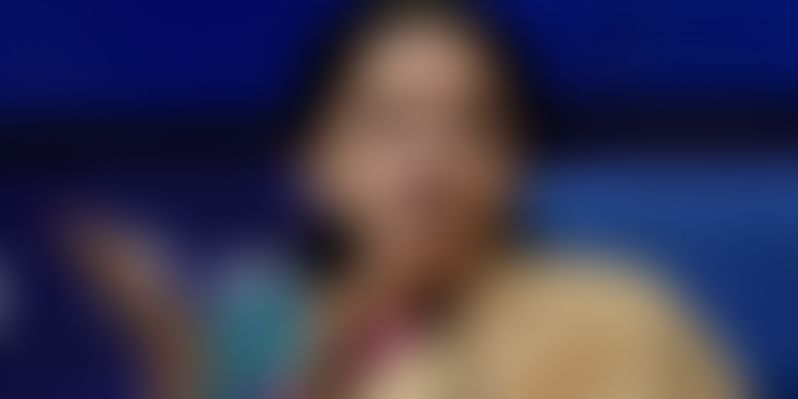 The Modi government "owed" demonetisation to the nation and it had to do it to eradicate black money menace and to bring hoarded cash back into the banking system, Union Minister Nirmala Sitharaman said today.

Speaking at a panel decision at WEF on India's Time to Transform, she said it may sound 'propagandist' but one needs a strong and courageous leadership to take such a bold step.

On why government felt it was necessary to do the demonetisation, Sitharaman said it was part of the "electoral promise we made to check the black money menace".

Right after coming to power, we started with setting up the special investigation team, came out with scheme for declaration of undisclosed money, tightened tax treaties with different countries to check round tripping of money. We took all these steps. This step of demonetisation was absolutely necessary. 87 per cent of our economy was informal and only in cash-driven segments where money would not go to banks only about 50 lakh people pay tax and all others who file the returns do not file any tax, she said.

Can we survive if this kind of tax to GDP ratio continues we had to do it, we owed it to the country and we do not regret it, Sitharaman said.

Even if it sounds propagandist you need a strong and courageous leadership to take such a bold step, she said.

The panel discussion, on theme of India's turn to transform, also discussed the fight against corruption and black money including through the recent demonetisation move.

SBI Chief Arundhati Bhattacharya said what was amazing that there were huge crowds outside banks but still there was no riot or any loss of life and the fact is nobody took law and order into his hands is amazing.

I receive complaints of misbehaviour otherwise everyday but this was one period when there was no single complaint. This was a different feeling and I don't know how it came around, Bhattacharya said.

She agreed that psychologically people agreed with the move. Bhattacharya said queues are a thing of past in urban areas though a few are still there in some rural areas.

What the problem really is, there were many small and medium businesses that were earning profit but were not paying tax. They feel their margins would not give them ability to carry out business post this and they are worried. This is one India where we will need to convince them that they come into the tax net if they are earning enough for paying taxes, she said.

Sitharaman said no part of the country faced any problem because the ministers and officials were moving around the country to take stock of situation and to take necessary measures throughout this 50-day period.

I am absolutely shocked and I pay my respect to my fellow citizens for going through the hardship and be part of this exercise, she added.

Argentina's central bank governor Sturzenegger said they have been thinking about such a step for quite some time, that is to phase out high value notes, and he admires India for taking this bold step.

Regarding Argentina, he said, there was also a problem of security and robbery, because of which they have been thinking about it. Besides, they were also concerned about the high costs attached to printing of currency notes and the current system was subsidising cash.

About three years ago, we took a quick decision regarding payment of bus systems when we phased out coins and asked people to use cards and the exercise was very successful leaving us with huge amount of coins that people were not willing to take. We also asked the banks to digitise money following which networks came into operation across various banks and it worked pretty well because of high penetration of smart phones, Sturzenegger said.

Now the next step is to push the people to use digital accounts, he said, while adding that Argentina is taking ideas from Sweden in this regard. Argentina's central banker, however, said they were not very "keen on surprising people" and their focus was more to move the economy to "more formal economy".

On the 'surprise element', Sitharaman said it was a "one-time attack on the stock" and it worked as the stock came back to the banks.

The moment the money has come into banks, it is no more anonymous and it has to be identified with somebody. In India, unaccounted cash or black money is a major issue. You have to think that the cash to GDP ratio was very high, unlike Argentina where this ratio was very low, she said.

She said India has a great mobile penetration, though not only of smart phones. Even for those not having smart phones, the mobile app we have come out with is very popular and the USSD function doesn't depend on internet connectivity and can be used by just SMS.

She said some people in Delhi and metros are still skeptical but vegetable sellers and others in villages are very comfortable with the mobile and app based payments. Carmen M Reinhart, Professor at Harvard Kennedy School of Government said she concurred with the view that it was "short run pain and long run gain".

She said she tried to look for comparable experiments when the move was announced in November, she found there were small cases of some countries phasing out high value notes.

Reinhart, however, said she still has a "pet peeve" at the way it was handled -- that is India is also undertaking another extremely bold step of GST and I would have preferred it to be done after GST was done deal. She agreed with the fears that the GST rollout could be impacted by the demonetisation move.

Bhattacharya said some implementation issues were there and to study all the accounts that could have been used (to launder money) is a humongous task.

To say how much successful it has been, it needs to be seen how things pan out. We are already seeing a huge surge in the quantum of card transactions. But the day the ATM limits were raised to Rs 10,000, the card transactions began to fall, she said.

Kenneth Rogoff, Harvard University Professor said one also needs to follow it up to realise the long term benefits. Sitharaman, on whether GST could have been done earlier, said the GST is going through a process and the government is confident it will get through from July 1.

She said there was a view that the GST was going though a process and it depended on so many other things including about states agreeing to it, while on the other hand the black money problem was a electoral promise. There was no choosing between the two, she said.

About steps being taken to improve the ease of doing business, Sitharaman said the government is "at it" and is an ongoing work. She also emphasised that the major enabler is the "digitised approach".

According to her, it is not possible today that the country would go back to the time when tax inspectors could harass people. There are some automated process with minimum human interface, that throws out names and only those entities need to explain to the tax department. Such cases could be inspected further, she added.

In no way we will be going back to the inspector raj, she asserted.

NITI Aayog CEO Amitabh Kant said India is on the cusp of a major revolution as one would need just his thumb to transact and this has not happened anywhere in the world and would leave cards and POS machines etc totally redundant. Every single mobile will have a thumb and iris impressions that will make each one of us a walking ATM, he added.

Bhattacharya said it is very much possible but added that banking system will still grow as the proposed measures would only take care of payment transactions and the banks are much more beyond that.