With Rs 60 lakh revenue in 2 years, bootstrapped Natty Niños is breaking into the kids’ events market 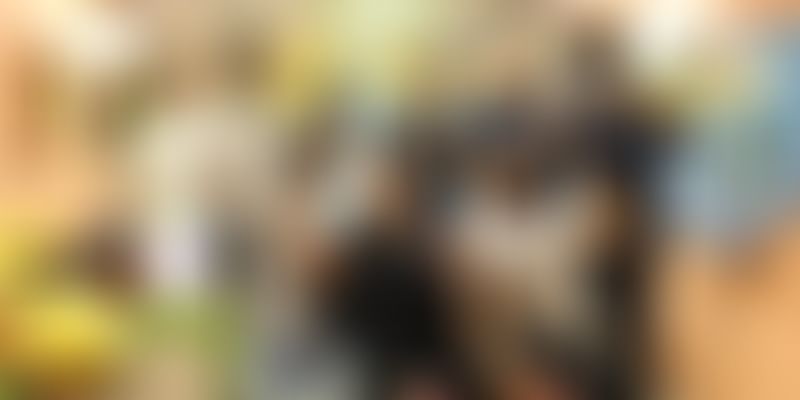 In 2013, when Nipun Jain was appearing for his CAT exams, he had no intention of starting a business, much less one that dealt with kids. You see, Nipun put a great focus on living a life that promised stability, something that a startup could hardly ensure.

This Delhi-based boy, hailing from a middle-class family, was in fact born into a business-class one. He, unfortunately, lost his father to a major fire accident in 1996 at their store at Khari Baoli. Having suddenly lost everything, the family was left to fend for themselves, and Nipun’s mother and aunt were left to look after the children.

Thus, while a young Nipun always dreamt of starting something on his own when he grew up, due to the family situation he also dealt with the pressure of getting a good education and a job that promised a steady salary. So, after finishing his course at Delhi University, he completed an executive management programme in Sales and Marketing from IIM Lucknow.

He then went on to work with Max Life Insurance. and then put in time at research company Outline India for a very short while. “I learnt a lot from Prerna Mukharya from Outline India, but I knew I wanted to learn more, and do more; I also wanted to get an MBA,” says Nipun.

But after appearing for CAT in 2013, his score was less than desirable. Depressed, Nipun began to research his next possible step. After a few weeks’ research, he found the kids salon and event industry to be an attractive and lucrative space to start up in.

He realised that while the concept of kids’ salon and creative event planning was really working well in foreign countries, it was unorganised in India. After his basic research, he also found out there were no kids’ salons operating in Delhi at that time, though there were a few operating in Mumbai and Pune.

Venturing into an untouched space

The events industry, in its current form, had vendors still using outdated methods, and the premium vendors who did innovative planning charged a bomb.

“So that was when I decided to start a model based on exclusive kids’ salon and affordable kids event planning services. Natty Niños came to be in Delhi NCR in May 2014,” says Nipun.

However, when Nipun had the idea of Natty Niños he had a choice of using the available funds from his mother either for his MBA or for his venture. Realising his passion for entrepreneurship Nipun decided to use the funds to start his venture.

Bootstrapped, Natty Niños was started with the idea of offering multiple baby and kids-related services under one roof. Nipun says,

“Today, after two years of constant struggle, cash shortage, staff problems, management problems, and a lot other challenges we are a successful business. We have attended to more than 10,000 kid clients at my salon, and have organised 250 out-of-the-box themes and events in Delhi and outside."

Natty Niños has also been the sponsor and partner to India Kids Fashion Week—the biggest of its kind in the country—for two years in a row, handling makeovers for more than 1,200 kids.

Through the process, the startup has increased its revenues from Rs 5 lakh to Rs 40 lakh annually.

This was no easy sector to start up in, given that the clientele were the hard-to-please tiny tots, even if it were the parents who were paying! Getting customers to the shop was sometimes a task in itself.

So the company marketed its services online, through its website, and also all social media platforms. A clever marketing initiative turned out to be uploading—with their wards' permission—pictures of children visiting the salon.

“Later, parents used to visit our page to see the pictures, like and share them with their friends. Gradually, online presence, word-of-mouth and our regular quality work led us to scale the business, and now we get clients both at the salon and for events from all around Delhi NCR,” Nipun explains.

Apart from setting up the business, one of the biggest tasks for Nipun proved to be finding the right people. He often found it difficult to convince a senior hairstylist or beautician—who is used to dealing with discerning, adult customers—to work with kids exclusively.

Their hesitation was couched in reality: the exclusive kids salon market in India is so lacking that they, understandably, feared for their job security. Nipun met more than 50 different professionals but nothing worked out because wasn’t able to answer one question - “What we will do with the experience earned in a kids salon when there is no market for kids and in usual salons any time spent is a kids salon is null”.

Before he was able to hire the first four people who had the faith to take the plunge. Three of them are still with Natty Niños. “Right now, we have nine people in our team, with four specifically for salon, and five for events. Apart from this, Natty Niños provides employment to 20 other resources indirectly in our events division,” Nipun explains.

The initial focus was on setting up the salon and getting things up and running. thus they started with very basic revenues starting from Rs 50,000 a month. The first year's revenue was a mere Rs 6 lakh, with the salon contributing the major portion. The team attended to 2,000 regular clients in the first year of operations, which has now increased to more than 3,500.

On the other side, the events division saw a huge growth from the first year, and increased from 30 to 90 planned events.

“Also, the average per event size has increased drastically from Rs 10,000 to Rs 35,000 now. Overall, we are seeing a 50-percent growth every year which we target to take to 100 percent for next three years,” Nipun says.

Also there are salons like Starfish Kids, Flick Kids and Kiddyzappy in Mumbai, Diva & Dudes in Bengaluru and Kiddy Kuts in Chennai.

As far as future plans for Natty Niños are concerned, the firm is looking to forge partnerships with entities across the kids' sector to expand its business further. It also plans to open another store of in South Delhi soon.