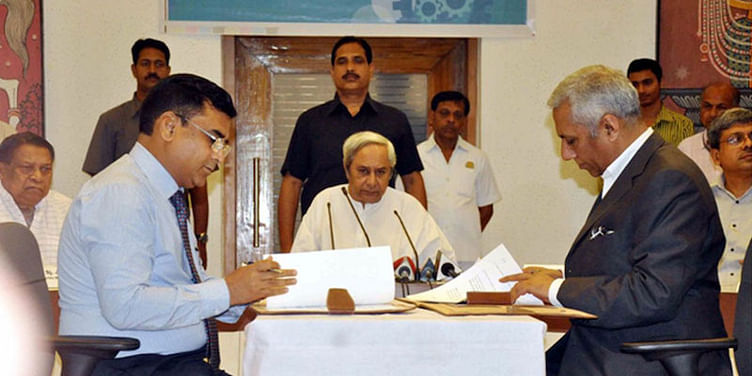 After a comparatively slow start, Odisha is now taking giant leaps towards the development of a vibrant and dynamic startup ecosystem in the state.

Several proposed changes to the existing Odisha Startup Policy 2016 will make it extremely lucrative for young entrepreneurs to start up in the state.

From a sustenance allowance of INR 20,000 per month and monetary assistance up to Rs 15 lakh for new product development and marketing, to a more simplified registration process – the emphasis is on ‘ease of starting up’.

A simple one-page registration form, strict timeframe-based assessments and disbursal of benefits, a compliance regime based on self-certification, an easy recognition process based on trust where due diligence is done only when required – these and other similar measures are aimed at reducing the challenges for budding entrepreneurs.

Apart from direct incentives for startups, the state is also putting in place measures to recognise the importance of other key stakeholders in the ecosystem, such as incubators, angel networks and mentors. Currently, there are 24 incubators in the state. Through the proposed policy changes, the government plans to incentivise infrastructure development of incubators by providing a matching grant up to Rs 1 crore. In a unique step, for contributions from alumni/philanthropic organisations/ industry bodies, the contribution amount that the state will match can go up to Rs 5 crore.

The person driving these changes is state Principal Secretary MSME L. N. Gupta. During the recently-held MSME Trade Fair in Bhubaneshwar, Gupta reiterated his commitment to startups. “Every startup is a MSME while every MSME may not be a startup. Thus startups are very important to me,” he said.

Recently, the state signed an MOU with Invest India, a joint venture under the Department of Industrial Policy and Promotion, Government of India. This has given a major fillip to the startup movement in Odisha. The young team from Invest India with experience of the global startup ecosystem has been extending critical knowledge support in terms of fine tuning the policy and operating guidelines. The team is also helping with the creation of the Startup Odisha web portal, the primary platform for all stakeholders of the startup ecosystem.

Invest India is also facilitating the Odisha Startup Helpline number launched on March 1, 2017 (1800-345-7100). Since its launch on March 1, the helpline has already had 414 queries related to the Startup Odisha Policy. This indicates the enthusiasm for entrepreneurship among youth in the state.

A four-week online learning and development module for budding entrepreneurs under Startup India will also be extended to Startup Odisha, with an Oriya language option being considered.

The state is also actively organising events to engage and expose young entrepreneurs to mentors and investors. As part of this, a seminar on "Mission 1000 Startups" was held on March 6 at the MSME Trade Fair Conference. On the occasion, two key announcements were made.. The first was from Amit Singh, Co-Founder and MD of Headstart, who announced that they would open a Headstart Entrepreneurship Chapter in Odisha this month to mentor entrepreneurs across the state. The second was from Vikas Bali, MD, Intellecap, who said that startups that register under the Odisha Startup Policy will get access to their virtual incubator “Startup Wave”. He added that the 5 best startups that qualify for product/marketing assistance under the Odisha Startup Policy will get focused mentoring from the Intellecap team.

Earlier, in February, Jay Krishnan, CEO of T-Hub, visited the state and given an assurance that they would help make Odisha the startup nerve centre of eastern India.

Other events planned to boost entrepreneurship in Odisha include a Startup Conclave slated to be held in April and a Hackathon after that.

The occasion also saw State Chief Minister Naveen Patnaik distributing the Youth Innovation Award to 20 startups. Idea stage startups got a cash prize of Rs 50,000 and the ones with a prototype received Rs 1 lakh in cash.

According to Gupta, they want to see 1,000 startup entrepreneurs starting operations in Odisha by 2020, to create a robust ecosystem in the state and fulfill one of Startup India’s objectives of creating more jobs across the country.