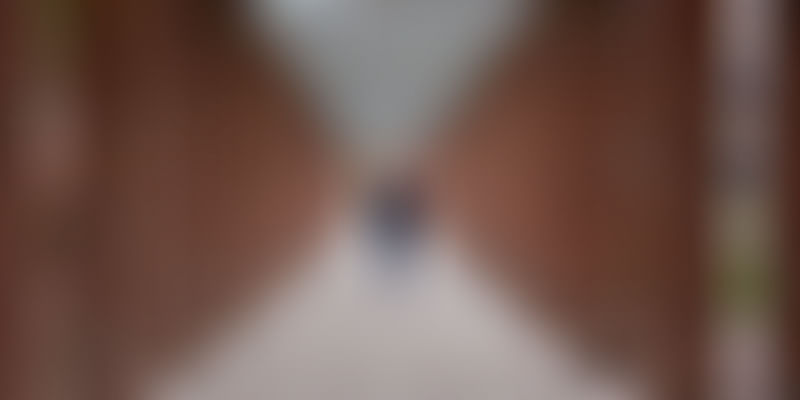 This story is sponsored by Shiv Nadar Foundation.

Saloni’s dreams, like those of other girls from her village 250 km from Meerut in Uttar Pradesh, were small dreams. A high-flying career never featured in those dreams. Saloni found happiness in filling her books with sketches and caricatures. However, she also knew that a few years later, she would have to choose marriage over her interest in art.

At Kahatta Prahaladpura, yet another village in UP, 10-year-old Arun was growing up in an atmosphere where children’s talents and interests were mocked at, instead of being encouraged. His keen interest in Indian politics and a strong-rooted belief that youngsters should participate in governance to bring about the desired changed, never found a voice. A platform that could nurture Arun’s leadership and entrepreneurial abilities, was also absent.

Saloni realised that her drawings did not stem from her lack of interest in studies, but reflected her sheer passion for the arts. She now dreams of becoming a fashion designer with her own label. She not only overcame initial resistance from her family, but brushed aside villagers’ taunts that her dream was akin to becoming a glorified tailor. The once-shy 10-year-old girl today confidently articulates her experiences and aspirations in English.

Today, Arun is the head boy of his school. He is vocal about his dream of becoming a political leader. He has envisioned his future plans. He first wants to study finance and business management at a top global university and follow it up by starting his own venture. He believes this will give him the financial ability and strength to pursue his political ambitions. Arun understands all the practical challenges that he will have to face in the pursuit of his dreams. But he is confident about his goals and stands undeterred.

Saloni and Arun are students at VidyaGyan Leadership Academy – a social initiative by the Shiv Nadar Foundation to support deserving students from economically weaker families in rural Uttar Pradesh, and give them access to world-class education, free of cost. VidyaGyan is not just another school for the underprivileged, but a state-of-the-art residential leadership academy.

School principal, Bishwajit Banerjee shares his take on why quality education is the most powerful tool for socio-economic transformation and for creating leaders of global stature.

He says, “These kids who are nurtured under the Shiv Nadar Foundation philosophy inevitably become role models for their communities. Not only do they realise their own strengths and potential, they also see themselves as agents of change. Every time they go back home during vacations, we witness some major changes in the attitude of their families and local communities – from understanding the importance of hygiene or their attitude towards education, among others. For instance, parents who previously used thumb impressions to sign are now literate and able to write their names.”

In keeping with the Shiv Nadar Foundation’s belief that impact on a single student has the power to touch several other lives, the enterprising students have taken it upon themselves to make life easier for their communities. They have designed a low-cost water filter to provide safe and hygienic water, and a smokeless oven to prevent health hazards of cooking over the angeethis or open ovens widely used in rural areas, among others. The students also actively lead awareness programmes related to adult literacy and gender equity.

Set up in 1994 by Shiv Nadar, founder and chairman of HCL, the Shiv Nadar Foundation is counted among the largest philanthropic institutions in India. Shiv Nadar Foundation’s Leadership Academies use a focused outreach approach rather than a mass-based one. They believe this addresses social imbalances, and helps nurture and create leaders who would be an inspiration and role models for their families, communities and society.

Arun and Saloni are two students, among thousands of others, who are an affirmation of the power of Shiv Nadar foundation’s drive to achieve long-term, sustainable, and wide-reaching impact for socio-economic transformation.

Today, 17-year-old Arun has adopted a village school, crowd-funded money to refurbish the infrastructure, leads a team that teaches school children during weekends, introduces them to sporting activities, and also creating a cultural shift. All this, while he continues working towards achieving his entrepreneurial and political ambitions.

Saloni, on the other hand, is determined to explore opportunities in a sector that is considered unconventional in villages like hers. From someone who would often doubt herself, today she is confident, assertive, and doesn’t fear breaking societal norms.

A leader ushering positive change in the government. A designer of a popular global lifestyle brand from India. This could be Arun and Saloni’s reality in a few years from now.

And it is these kinds of dreams that Shiv Nadar Foundation’s focus on quality education is nurturing, by enabling students to not just learn, but also lead change.