Film captures visa angst of desi entrepreneurs in the US 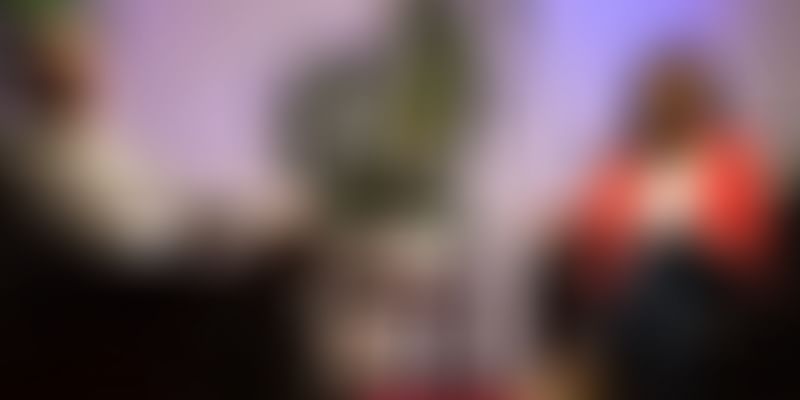 Entering the world of cinema as a newbie, Rishi uses the film to bring out the everyday struggles that Indian entrepreneurs, employees, and workers face in the US.

It all started with a blog post –‘Stuff Desis Like’. Rishi Bhilawadikar, an Army kid, who has been in the US since 2005, and who is working in Silicon Valley, noticed that Indians have easily assimilated into the US. They have had a positive impact on the economy and are integral to the running of several businesses across industries, despite being a tiny minority.

But just like Indians back here, every person has had a different cultural exposure and upbringing and, as a result, has accumulated plenty of quirks over the years.

“It was a mildly humorous blog that had a bit of a fan following. We had topics like 'Chai' and 'Surprise Midnight Birthday Parties', making observations about the quirks of Indian assimilation in America.”

So when he put in the post, he felt that the scale wasn’t what he wanted or expected. Rishi believes that while a variety of historical and literary works explore the life, struggle, and contributions of Indians abroad, there is no single contemporary representation highlighting the importance and contributions of the Indian diaspora.

“I wanted to express that story on a more grand scale than a blogpost. So I thought cinema would be an ideal medium to share Indians' amazing accomplishments with the world,” Rishi explains.

The timing for the release of his film—For Here or to Go, slated for March 31—could not be more pertinent, what with the current crisis bubbling in America, and every Indian in the country worried about the immigration norms that are to be passed.

While the idea for the film took roots in a blog post, Rishi himself had made many observations as an immigrant worker and entrepreneur in the US. After graduating he was encouraged by a now famous startup incubator in Mountain View, which was a trip planning app.

But Rishi couldn’t really go through with it because incubators didn’t sponsor immigrant visas. Rishi notes,

“I didn’t think much of it back then, but I began to realise how many motivated immigrants were not able to really pursue their ideas just because of their immigrant status. It was also a time when the US was hit by the recession and the Indian startup scene was on the rise. So there was always this question in our minds of whether we should go back home to pursue opportunities. And there was research about how the restrictive US immigration laws were causing a ‘reverse brain drain’".

It was while he doing his research that Rishi realised that for a community that makes such a large contribution, there’s no real authentic media or political representation. And therefore no real understanding of their situation.

Bringing out the real story

This became the main driving force for Rishi to influence popular perception of Indians who leave India to come to the US. There are many misconceptions about their lives both in America and in India. “To me, this became a problem worth solving and a story worth telling,” he says.

Most Indians in the US usually have an aspirational story of their desire to come to the US for a better life. Or, the older members speak of the generation that gave up a secure life back home to reach unfamiliar shores in search of the American Dream. But there are still several critical nuggets of cultural and legal challenges as an immigrant that nobody tells you about.

“It sometimes becomes very difficult to explain to your loved ones back home, as well as your friends and co-workers from other nationalities, exactly what the issues are,” says Rishi.

Deepak Ravindran, Founder, LookUp, is Executive Producer for the film. He met Rishi in 2013 through Craigslist, while working on his second startup, Quest, at 500 Startups in the US.

The everyday struggles of an entrepreneur

Deepak related to some of the immigration issues Rishi wished to portray in his film and later decided to get an O1 Visa. A lot of entrepreneurs who take US as a market for establishing their business face questions on their visa situation from US investors. Especially when you incorporate a Delaware company, hire a team etc., you have to have a valid visa to set things up.

The usual rigmarole is to get a business visa B1/B2, which is technically a hack to get into the country for business meetings. But then, this visa is not sufficient enough for anyone to hire someone in the US, or help him stay more than six months on each entry.

“There were many ongoing discussions about startup or entrepreneurial visa, but nothing is getting final approval. O1 visa, which I currently hold is extremely tough to get. Only 500-1,000 people across film, music, arts and technology will finally get it every year, a mere fraction of the total number of startups that are started up by immigrants,” says Deepak.

This movie is believed to be an eye-opener for immigrant founders, as it is claimed to also showcase the lesser seen side of entrepreneurial success - the majority of activity currently happening outside the Silicon Valley.

China, India and other developing worlds are getting more popular for entrepreneurs from around the world to build amazing businesses. Deepak notes,

“There are great examples from US-born entrepreneurs like Sean Blagsvedt from Babajob or Greg Moran from Zoomcar who are building great companies in India skipping this Silicon Valley bubble. You can build your dream wherever you want. The location is not that important - great companies like Skype, ICQ, Spotify are built outside the Silicon Valley.”

Though he had the idea in mind, Rishi had no background or training in film-making or in writing screenplays. So in 2010, the first order of business was to write a screenplay. After doing his research, Rishi first created a storyline and then slowly explored ways to give it shape. He borrowed quite heavily from design thinking and used lean startup tactics to come up with the script.

There was a lot of sketching, low fidelity prototyping, testing and learning with users and iterating. He adds that it is really not that much different from designing an interactive experience.

Much like the barriers startups have to break and get through to the next step, Rishi's script followed a similar course. When he pitched it to others, it went through a problem discovery phase because it wasn’t easy to convince people that this feeling of 'for here or to go' was real.

“In short, the film was made exactly like one would establish their startup. The outcomes are different but the techniques are borrowed,” says Rishi.

Soon several artistes and people from the Indian community helped in making the film and rallied behind the vision and the purpose of telling this story. This is not just an independent film—a label typically given to films devoid of big studio involvements—it is a grassroots entrepreneurial effort, with no film fraternity involvement or backing.

Working as an outsider

But being an outsider, Rishi was tasked with finding the right collaborators. “I didn’t find any takers in the film world both in the US and in India. Not just studios; even independent filmmakers were hesitant to work with me. I had to be on a full-time job to maintain my visa status so I couldn’t really spend a lot of time networking in person,” he explains.

He found his break when he was introduced to Rucha Humnabadkar, who has worked with director Nagesh Kukunoor on Hyderabad Blues, and had been in the US. But it took a good year or so to find her.

“And then, of course, came the challenge of fundraising - it is quite daunting for a first-time filmmaker with absolutely no track record to raise funds. Throughout the course of the film - from script to production to post to marketing and distribution, we’ve had to fund-raise,” adds Rishi.

On the other hand, getting artistes excited was an easier ask, especially when they find the vision to be fresh and compelling.

The team has been able to rope in talented actors like Omi Vaidya and Rajit Kapur.

With so much in news about the uncertainty of immigrant life in the US, For Here or to Go aims to put a human face to the trials people face. Especially those who leave their homes and whose current living situation isn't well understood in their original or adopted homes.

“The core objective was to make an entertaining, authentic, and relatable film that can be easily referenced by everyone - from the general public to experts in policy, law, and economics. The film's job is to create awareness and influence the popular perception of what it means to be an immigrant,” says Rishi.