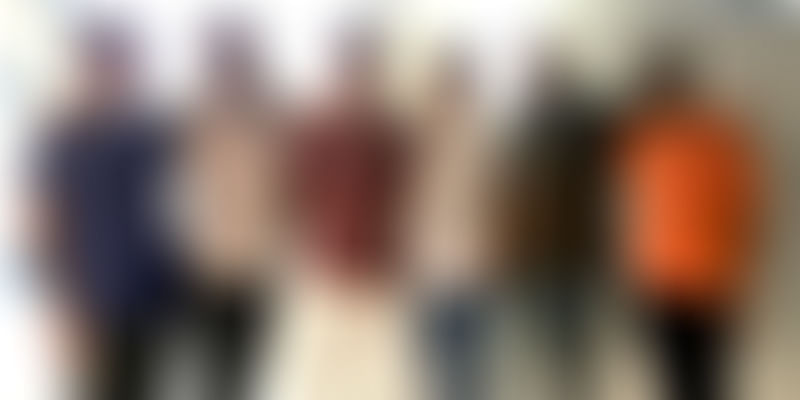 Bengaluru-based Indee.tv's Scoop helps filmmakers get feedback on their rough cuts from a global audience within 48 hours.

Writing, directing and producing a film is a complicated endeavour that requires, among other things, skill, effort and patience. Like other creative pursuits, filmmakers are always eager to get feedback from their audience to tweak or enhance their work, before making it available to the general public.

Since the late 1920s filmmakers have relied on test screenings, where diverse audiences are handpicked and ushered into theatres to see a rough cut of a yet-to-be released film. When the credits start rolling at the end, the audience members are requested to share their feedback through a detailed questionnaire. American actor and producer Harold Lloyd has been credited with introducing and popularising the use of test screenings, a practice that has proven to be quite effective.

Iconic films like Titanic, Licence to Kill of the James Bond series, and many others have gone through major and minor changes after test screenings. After going through the feedback, filmmakers prepare the final cut of the film that they feel their audience would enjoy the most.

But conducting test screenings offline is an expensive practice. Bengaluru-based startup Indee.tv recently launched Scoop, an online platform to help filmmakers get feedback from the global audience within 48 hours. The platform also has in-built security features to prevent piracy. In mid 2016, Indee.tv raised $500,000 in seed funding from Kstart, the seed capital arm of Kalaari Capital. Here is their story and an insight into how their platform works.

Sharan Reddy was working in Los Angeles, when he got invited to offline test screenings for a few films. He enjoyed the experience of going to watch a film before its release and then sharing the honest feedback that filmmakers craved for. Sharan’s family has some history with the film industry. His grandfather had opened Liberty Theater, which was the oldest surviving theatre in Chennai, before it was shut down recently. He was hence exposed to films from a young age. Sharan said,

Those test screenings brought back a little bit of the magic of filmmaking to see how a rough cut looks with minimal special effects but still has us engaged with the story and performances alone.

Sharan was working at Deloitte and consulting with Disney on a project, and noticed that they were relying significantly on a metrics-driven approach to filmmaking. A lot of those pre-release metrics were run in the offline world, which were time-consuming and expensive to obtain. So, Sharan wondered if it would be possible to move this online and leverage the power of the Internet to reach out to more people easily, and to also bring down the costs.

The biggest hurdle in moving test screenings online though was ensuring security and preventing leaks. So, Sharan founded Indee to work out on an independent solution for filmmakers to test trailers and other videos. He and his team then launched Scoop as a platform to beta testers in late 2016. The current core team consists of Sharan, George Zaver, Natalie Baack and Samudra Gupta. The team is spread across Bengaluru and Florida, with each member bringing in a specific set of skills to the table. Sharan, CEO, had earlier built a video streaming platform as a part of his undergraduation project, which was later acquired by Sify.

Samudra, an ex-Googler, who also ran his own startup, heads design and user experience at Indee.tv. George is the most experienced member in the team, having handled 2,800 test screenings in a career that spans 26 years. He spent about 18 years at Nielsen and currently looks after business development and customer success at Indee.tv. Natalie has a decade's worth of experience in film and TC testing at companies like Paramount Studios and Warner Bros, and completes the Indee.tv team as their lead analyst.

After spending over a year developing the platform and testing it, Indee.tv officially launched Scoop in January 2017. Sharan noted that Scoop was able to sign up about 35,000 users onto their platform during the time of their launch and the number recently crossed 50,000. Indee has been used to send videos to Academy Award judges, film festivals, and advertising clients. Their customers include 20th Century Fox, IM Global, Epic Pictures and other individual and mid-sized players as customers. Scoop on the other hand lists Carnaby International, Arclight Films and XYZ films as clients. The makers of Hacksaw Ridge, a 2017 Oscar nominee, used Scoop's analytics to gauge engagement, and to securely promote their film to the right buyers and the press. Sharan also noted that Martin Scorsese's Silence was another oscar nominated movie that leveraged Indee.

So how does Scoop work?

In the twentieth century, market research platforms that helped conduct test screenings recruited people literally from the sidewalk to watch movies in theatres. But Scoop relies on the large demographic of people who prefer to stream movies on their personal computers.

Sharan explained that users need to sign up on their platform and based on their personal preferences shared will get access to unreleased films of their preferred genre. They are generally accessible during a 48-hour window, and a user can stream it upto two times. After watching, users need to share their insights and answer questions.

To ensure security, Indee.tv has a slew of security features to trace any leaks. All content is coded to self-destruct if shared indiscriminately, and is also watermarked with the recipient's information visibly and forensically. Scoop doesn’t store video files, but rather maintains them as encrypted chunks of videos on different servers.

Scoop monetises through a SaaS model, where film studios pay for their streaming service and the data and analytics collected. The platform doesn’t charge film testers, and doesn’t plan to do so in the future either.

While film studios have been leveraging offline market research methods for many decades, platforms like Netflix and Amazon use a number-driven approach to gauge user interest, and to also recommend content to them. So there is a renewed interest in the film industry to change with the times, and appeal to tech-savvy movie-goers.

While established players like Nielsen and Screen Engine conduct offline test screenings regularly in the Los Angeles market, Indee.tv aims to help filmmakers test their content nationwide and also internationally. iScreeningRoom seems to be an online player that has a similar offering. Sharan noted that Indee.tv is able to quickly target users, irrespective of geography, based on their preference, and also share feedback with film studios relatively quickly. He said,

Sharan claimed their tech-heavy focus allows Indee.tv to charge less than a quarter of the current market prices that offline market research firms offer. So while traditionally only big-budget films tested content, he sees even smaller niche film studios like those presenting at Sundance signing up for their services.

While Scoop could be considered a video streaming platform, Sharan noted that it isn't an alternative to platforms like Netflix. He said,

We can show these films to a maximum of about 1,000 audience members at a time. More than an alternative, it's an important step in the lifecycle of content that will eventually play on Netflix/Amazon.

As a lean team of eight, Indee.tv has so far invested mainly in technology and security features, as that is the essence of their platform. The response from customer side has been organic, while having industry veterans on their team makes it easier to reach out to film studios. Going forward Indee.tv aims to expand its footprint in the US, and also explore international markets like India, which releases more films every year than even Hollywood.

Disclosure- Kalaari Capital, which operates Kstart is one of the investors in YourStory, and Kstart is an investor in Indee.