After Uber, Tesla faces heat as engineer alleges a culture of 'pervasive harassment' 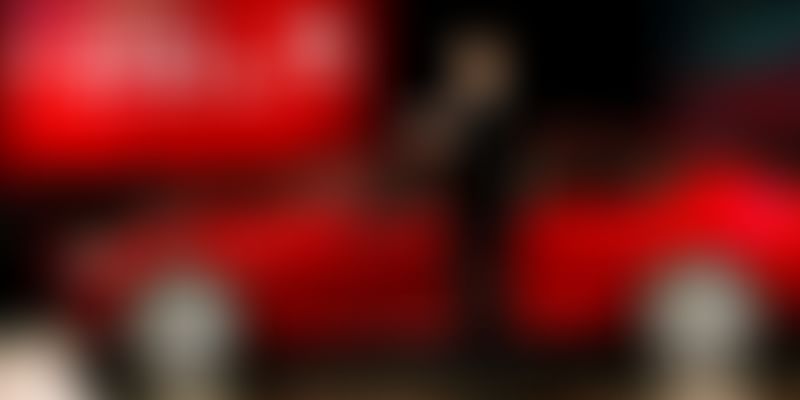 A female engineer at Tesla has accused Elon Musk’s car company of ignoring her complaints of “pervasive harassment”, paying her a lower salary than men doing the same work, promoting lesser qualified men over women, and retaliating against her for raising concerns. This incident was first reported by The Guardian.

AJ Vandermeyden (33), an engineer at Tesla, who still works at the company, painted a picture of a hostile work environment dominated by men, where inappropriate sexual behaviour is tolerated, and women face numerous barriers to advance their careers.

This also comes at a time when Silicon Valley is reeling from similar allegations of former Uber engineer Susan Fowler and another ex-employee, Amy Vertino (alias), who described herself as a 'Uber Survivor'. Both women have alleged that management and HR at Uber dismissed their complaints about documented sexual harassment from repeat offenders, because they were 'high performers'.

Talking to The Guardian, Vandermeyden noted that she began her career at Tesla in 2013 and was eventually promoted to a manufacturing engineering position in the general assembly department. The department consisted mostly of men and she was allegedly paid less than the male engineers whose work she directly took over, according to her complaint.

She recounted that it was common for her to be the only woman in meetings with 40 to 50 men. She also noted that, currently, all chief executive positions are held by men at Tesla, and of the more than 30 vice presidents, only two are women.Vandermeyden also alleged inadequacies in the quality testing of cars, and stated that she had raised issues about the flaws she had observed that supervisors and male engineers had missed. Her lawyers told The Guardian that although Vandermeyden came up with a solution, men were granted positions above her. She and other female engineers were denied promotions even though they were “equally or more qualified” than the men, according to the complaint.

Vandermeyden said that when complaints arise at Tesla about workplace issues or inequality, the response was often: “‘We’re focused on making cars. We don’t have time to deal with all this other stuff.’”

At the same time, she also experienced “unwelcome and pervasive harassment by men on the factory floor including but not limited to inappropriate language, whistling, and catcalls”, the lawsuit said.

But her objections about sexual harassment and unequal pay caused her more trouble, according to her complaint. The lawsuit alleges that after she raised concerns, management told her that in order to advance her position, she needed to achieve a performance standard in the factory that was unattainable and not expected of male engineers.

Despite positive performance evaluations, she felt she had to transfer out of general assembly to the purchasing department where she continues to work today. The lawsuit said Tesla also denied her overtime pay, rest breaks and meal periods when she worked in sales, and retaliated against her for being a “whistle-blower” when she raised concerns about cars “sold in a defective state”.

The Guardian \noted that Tesla initially declined to respond to its questions about Vandermeyden’s claims, but after publication of the report, released a statement defending its actions and refuting her allegations. A spokesperson said that Tesla had hired a “neutral third party” last year to investigate her accusations and that an “exhaustive review of the facts” concluded her “claims of gender discrimination, harassment, and retaliation have not been substantiated”.

The company added in its statement that Tesla is committed to creating a positive workplace environment that is free of discrimination for all our employees.

Therese Lawless, Vandermeyden’s lawyer, criticised the investigation, and told The Guardian, “We did not believe that it was a comprehensive report ... We vehemently disagree with their finding.”

Vandermeyden’s suit stated she has suffered “mental distress” and “humiliation”. For those who do raise complaints, dealing with HR can be a painful struggle, added Lawless, who told The Guardian, "Most of my clients come in and say, 'Human resources isn’t helping me. They’re just protecting the company'."

Musk, who is generally very vocal on Twitter, hasn't made a statement on the platform or on the company's own blog so far. Meanwhile, Uber, which has been facing even more heat, recently fired new hire Amit Singhal, SVP of Engineering, after the company found that he had not disclosed sexual harassment charges he had faced during his time at Google. But, earlier today, Uber boss Travis Kalanick found himself at the centre of a new controversy when Bloomberg released a report and video showing him get into a heated exchange with a Uber driver over the company's changing pricing policies. Kalanick released a statement on Uber's blog and apologised for the incident and admitted his shortcomings as a leader. He said,

It’s clear this video is a reflection of me—and the criticism we’ve received is a stark reminder that I must fundamentally change as a leader and grow up. This is the first time I’ve been willing to admit that I need leadership help and I intend to get it.

I want to profoundly apologize to Fawzi, as well as the driver and rider community, and to the Uber team.